The 29-year-old Stamkos is the ninth active player and 98th overall to reach the milestone.

Mathieu Perreault, Nikolaj Ehlers, Jack Roslovic and Kyle Connor scored for Winnipeg, which is on a 6-1-1 roll. The Jets are 9-1-1 this season in one-goal games. 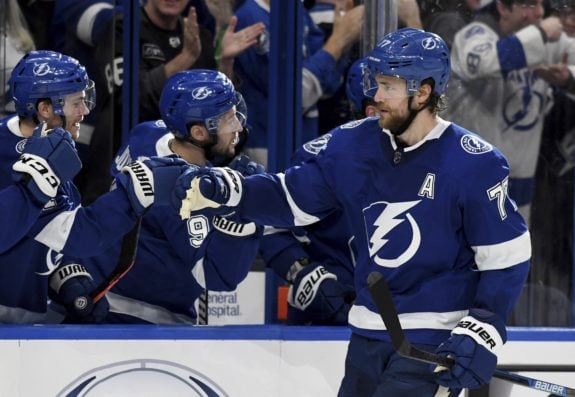 Perreault opened the scoring 1:59 into the game, tipping a long-range shot from the left point by Josh Morrissey. Tampa Bay answered with 48.6 seconds left when Hedman pounced on a loose puck in the crease.

The Jets struck twice in the span of 21 seconds in the second period, thanks to some help from Lightning coach Jon Cooper.

After Roslovic put Winnipeg in front 2-1 with his fourth of the season at the 7:18 mark, Cooper issued a challenge believing the puck was knocked down by Ehlers with a high stick 18 seconds before the goal that would have resulted in a stoppage of play. The play was reviewed and the goal stood, which resulted in a delay of game penalty on Tampa Bay.

On the ensuing power play, Ehlers found space at the bottom of the right circle and snapped a wrist shot to the short side over Vasilevskiy’s glove at 7:39. Tampa Bay had successfully killed off 17 consecutive power plays prior to the goal. 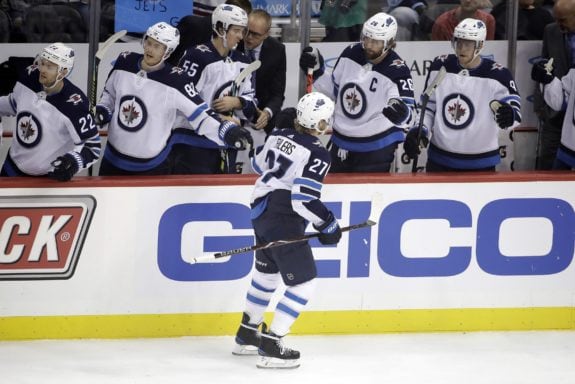 Stamkos pulled the Lightning within a goal on a one-timer with 2:16 left in the third period before Connor added an empty-net goal with 1:28 left. Cirelli scored with 21.9 seconds remaining.

Winnipeg C Bryan Little missed his fifth consecutive game since being struck by a puck near his ear during a game on Nov. 6, his seventh game back since missing the start of the season with a concussion. … Tampa Bay has allowed the opening goal 11 times in 17 games. … Lightning D Braydon Coburn was a healthy scratch for the fourth consecutive game. … Steven Stamkos has points five consecutive games. … Ehlers has seven goals in nine career games against Tampa Bay.

Jets: At Nashville on Tuesday night.