The Winnipeg Jets had three games during this span and surprised a lot of people by going 2-0-1. They did not play their best hockey in the two wins but thanks to some very strong individual performances they managed to squeak a couple out. 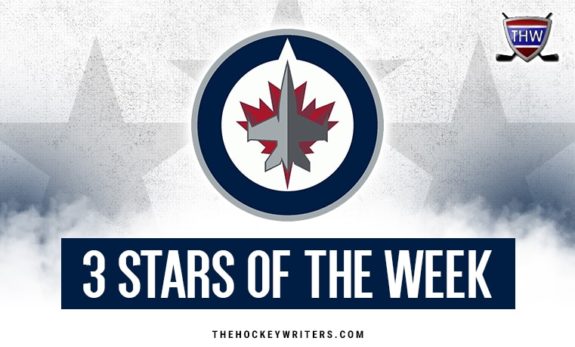 These three players were the most obvious for me this week. They all had strong performances in more than just one game and the first star is the reason they got five of their six points. Let’s get started with the latest edition of “Jets’ 3 Stars of the Week”.

Perreault has had three really solid games over the last stretch of hockey for the Jets. He saw his second-highest amount of ice time in the game against the San Jose Sharks and registered three hits and two blocked shots. 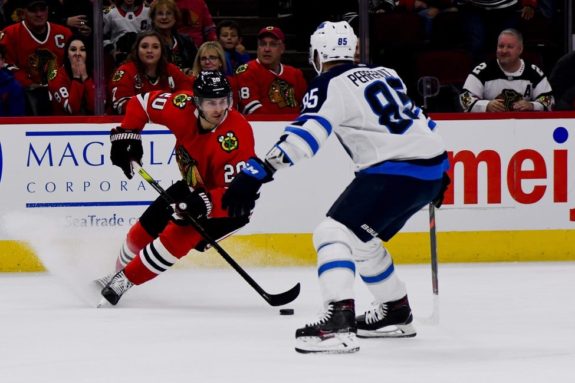 His best game came against the Vegas Golden Knights where he put up two goals – one of which came on the power play. Perreault has moved up to the top power-play unit for the time being and has had some decent success sitting in the slot. He also registered three hits in this game and three shots on goal which ties his season-high.

Perreault did not register a point in the final game of the week against the New Jersey Devils but he played physical and made a big hit on Devils defenseman P.K. Subban. He also saw an increased role on the third line after Bryan Little left the game with an injury and Jack Roslovic moved up to second-line center.

Connor was dynamite in the first two games against the Sharks and Golden Knights. He racked up one goal and four assists over those games and scored the overtime winner against the Golden Knights on a zone entry and setup by Patrik Laine. 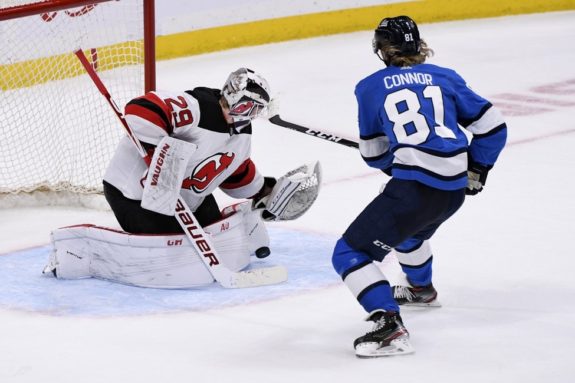 Connor saw a season-high for ice time against the Devils on Nov. 5 with 23:42 playing time. He played on the first line with Mark Scheifele and Blake Wheeler and they all struggled to generate a lot in this one. Connor had just one shot on goal and finished minus-one.

His two previous contests prior to the Devils game, however, were enough to earn him the second star of the week. It was nice to see him break out with points in bunches, something we have not seen a lot of from him so far this season.

Hellebuyck has been an absolute thief over the last stretch of games and is an easy choice for the first star of the week. The Jets had no business winning against the Sharks but they can thank Hellebuyck and his 51 saves for that one. He shut the door late in the third period and he made some timely saves to secure the victory.

Those 2 points need to be melted in to a medal & hung around #NHLJets Connor Hellebuyck’s neck.

Jim Toth referring to Hellebuyck’s game against the San Jose Sharks on Nov. 1.

Hellebuyck enjoyed a night off when the Jets travelled to Vegas to take on the Golden Knights as it was on back-to-back nights with the game in San Jose. Laurent Brossoit got the call and did enough to earn his second victory of the season. Brossoit has struggled this season so it is a good thing Hellebuyck is playing as solid as he has been.

Hellebuyck returned to the net against the Devils and did all he could in a 2-1 shootout loss. He made some big saves and was dialled in all night, stopping 31 of 32 shots. He now sees his current season save percentage sit at a beautiful .930. That number continues to climb and is currently tops in the NHL for goalies with 10 or more starts.

We are going to be keeping a tally on who earns player of the week throughout the 2019-20 season – first star gets you three points, second star gets you two points, and third star gets you one point. Here is our current total thus far with Hellebuyck passing Nikolaj Ehlers for the lead with nine points.