The deadline has come and gone and as of last check, 11 candidates are officially nominated to be Winnipeg’s next mayor.

Nominations closed at 4:30 p.m. on Tuesday for people to hand in their nomination papers.

The 11 candidates are running to replace Brian Bowman as mayor, who announced in 2020 he would not be seeking re-election.

All candidate bios are in alphabetical order. 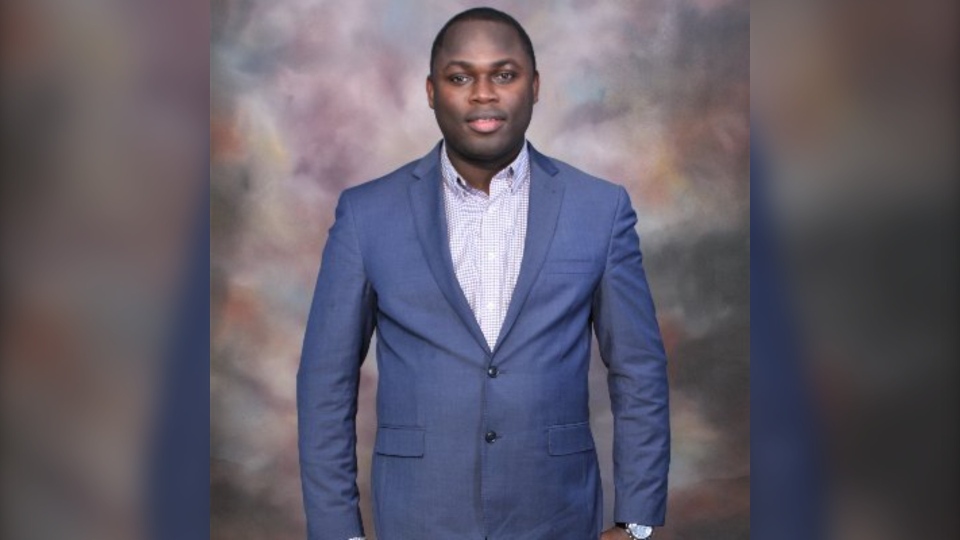 Idris Adelakun officially registered his candidacy on May 11. It is his first time running for public office.

Adelakun is a professional engineer and project manager. He obtained his diploma from the Polytechnic Ibadan and B.Sc. from the University of Ibadan, Nigeria. He then went on to complete his M.Sc. in biosystems engineering and received a letter of accomplishment in supervisory management at the University of Manitoba. 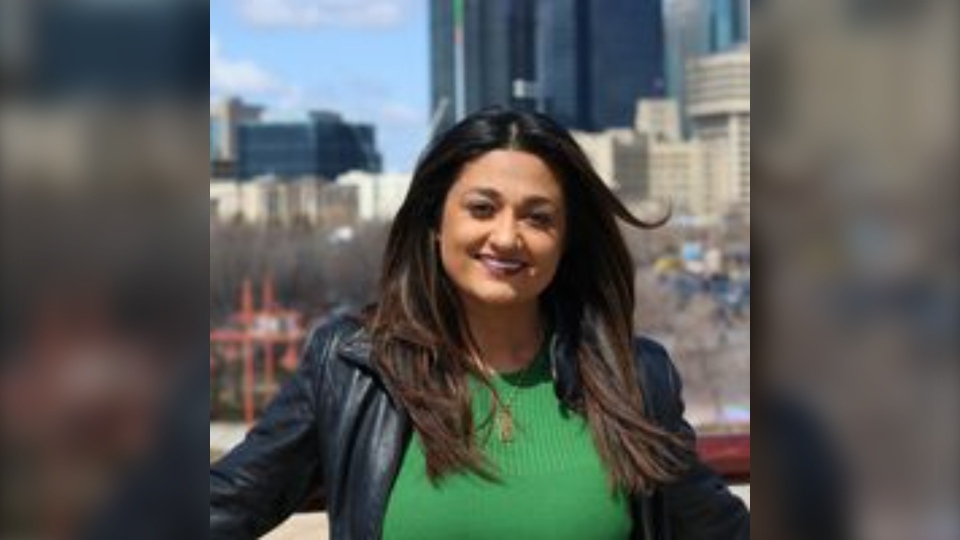 The former leader of the Manitoba Liberal Party is looking to return to politics.

Rana Bokhari registered her campaign for mayor on May 27.

She resigned as leader in 2016, and opened a law practice, where, according to her website, she specializes in “helping Indigenous Peoples and marginalized communities wade through complicated and barrier-rich legal processes.”

Bokhari grew up in Anola, Man., where her family owned a farm. 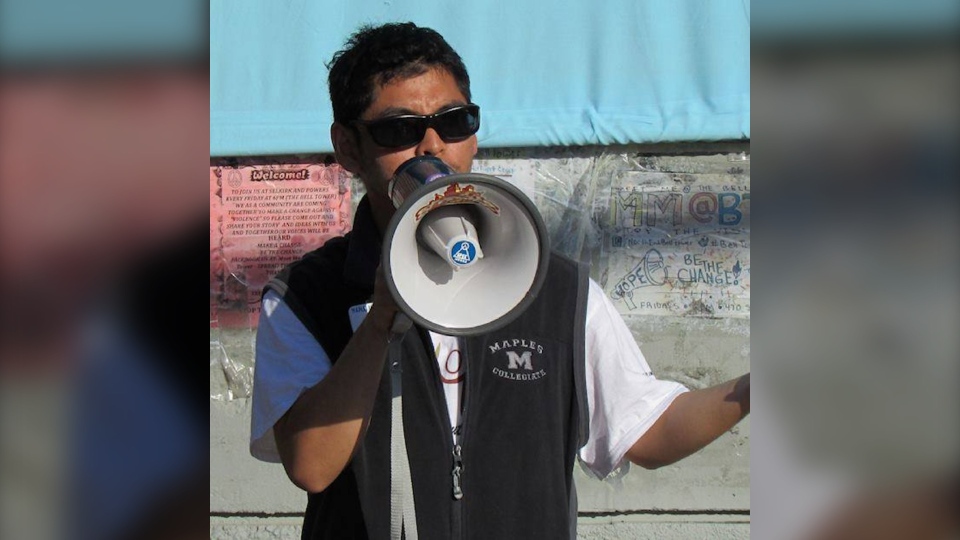 Chris Clacio was among the first candidates to register for the mayoral election.

Clacio, a grocery store employee, is not a new name in municipal politics. He ran for school trustee in the Seven Oaks School Division (Ward 2) in 2014.

According to his campaign website, Clacio has 16 years of experience volunteering for community building initiatives that encourage youth and citizen engagement. He is involved in Prairie Asian Organizers, graduated from the “Next UP” leadership program in 2016, and volunteers with Indigenous initiatives as a helper. 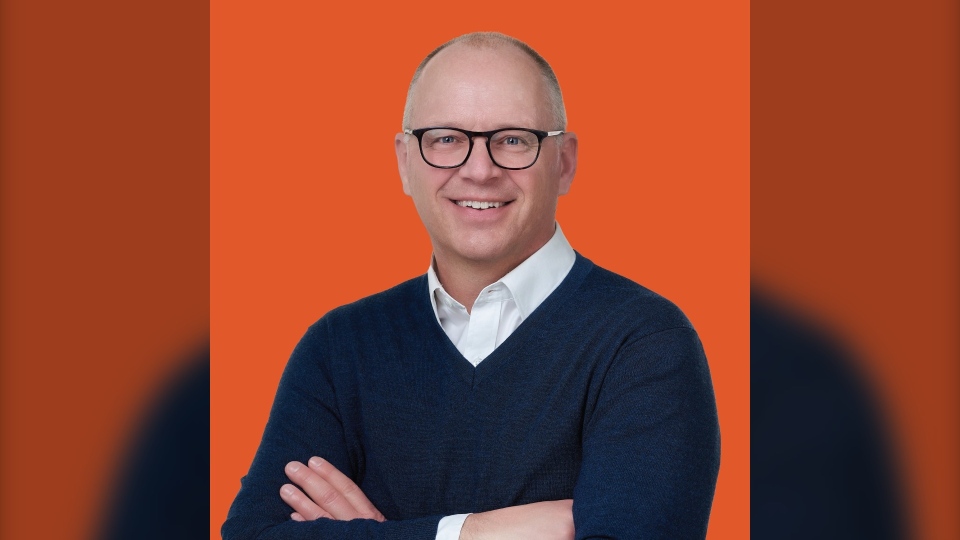 Winnipeg city councillor Scott Gillingham registered to run for mayor on May 2.

Gillingham was elected to city council in 2014 in the St. James Ward, and was re-elected in 2018.

During his time on city council, he chaired the finance committee and the Winnipeg Police Board, He also served as the Council Liaison for Labour Relations and Veteran & Military Affairs, the latter of which he created.

So far during the campaign, Gillingham has pledged to reform the city’s executive policy committee, create a 24/7 safe space for people experiencing homelessness and spend more money on improving the city’s roads.

Before becoming a city councillor, Gillingham served as a pastor for 20 years. 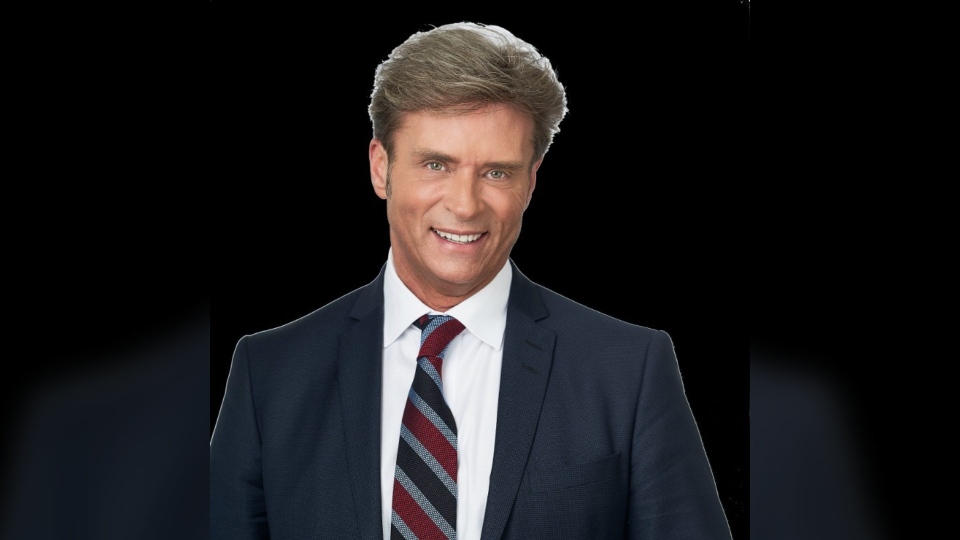 Another current city councillor is ready to upgrade his seat at city hall.

Klein became councillor in 2018 for the riding of Charleswood-Tuxedo-Westwood.

He has also been working with Indigenous community and said he wants to continue to grow that connection.

He was named a finalist in Canada’s Top 40 Under 40, and he said he has business experience nationally and internationally. 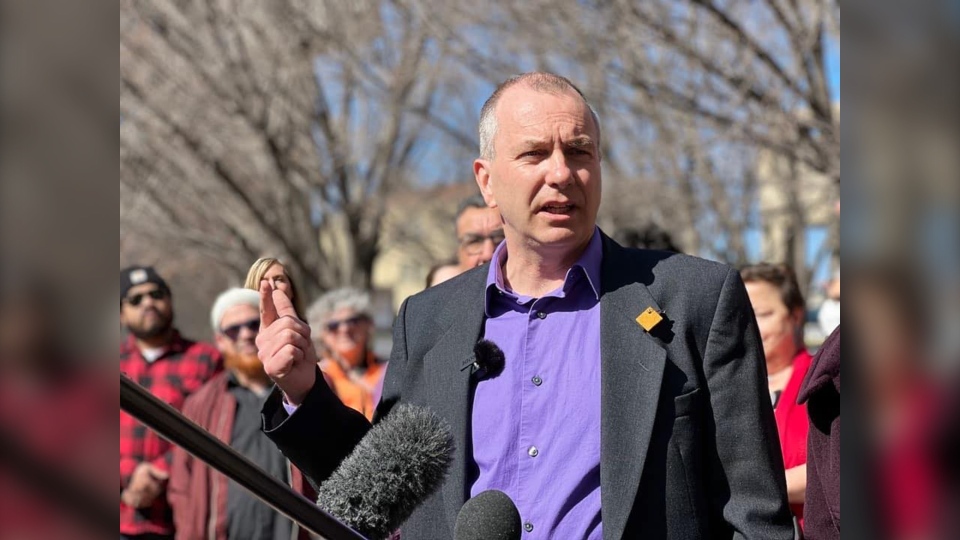 A Winnipegger who has been involved in the non-profit sector for many years is hoping to become mayor.

Shaun Loney registered his campaign on May 4.

According to his campaign website, he has co-founded or mentored 12 different non-profits in Canada, with focuses on improving housing, reducing poverty and lowering utility bills.

In 2018, he was awarded the Governor General’s Meritous Service Declaration for “remarkable contributions.” 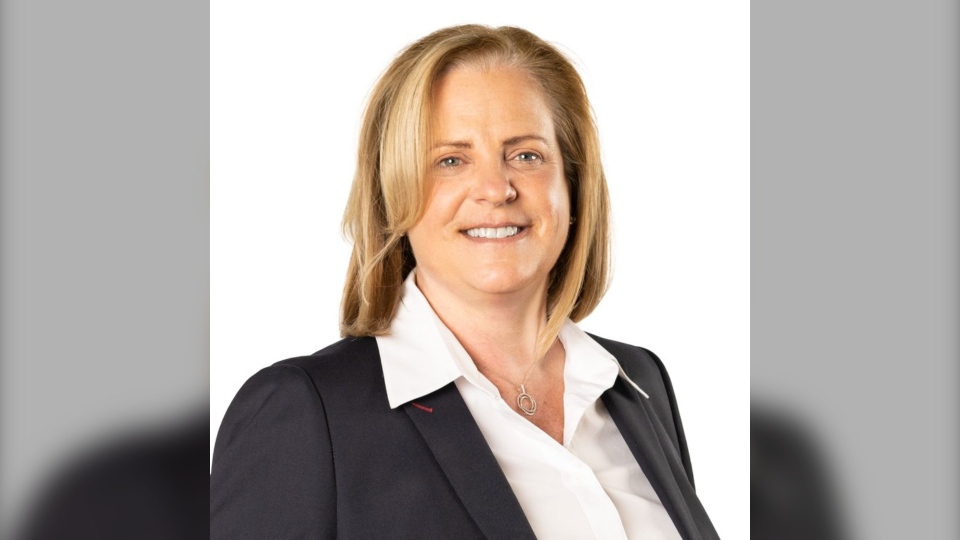 A familiar face is once again up for election in the Winnipeg mayoral race.

Jenny Motkaluk registered her her campaign on May 2.

She previously ran in 2018 and earned 36 per cent of the vote and came in second place to Mayor Brian Bowman.

Motkaluk went to McGill University at the age of 16, and then transferred and graduated from UBC with a bachelor of science in molecular biology.

She also describes herself as an entrepreneur and business person, and has been trains companies on how to improve their revenue generating capacity.

She is also the head of sales for Pleasant Valley Colony Canola Oil Mills. 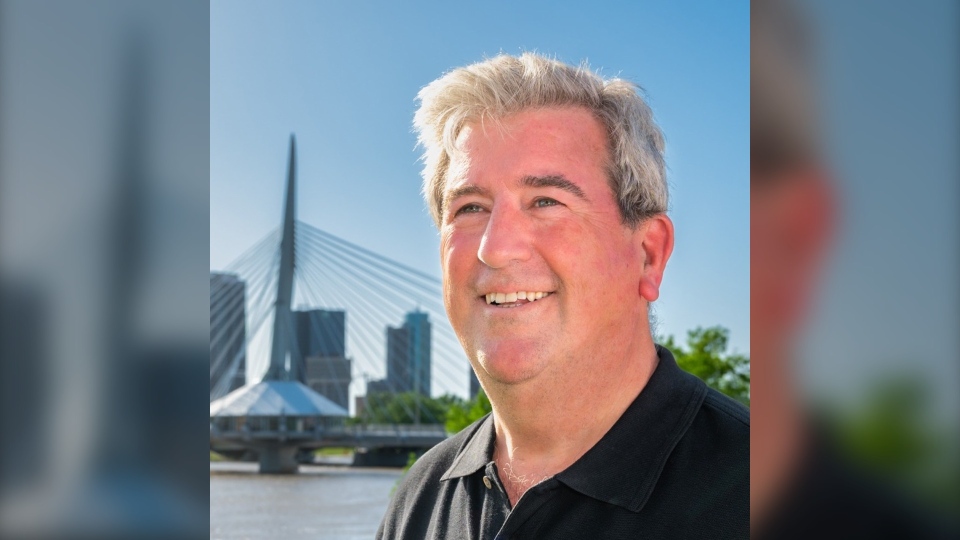 A former Winnipeg mayor is looking to return to the office this fall.

Glen Murray officially registered to run for mayor on June 22.

Murray was Winnipeg’s first openly gay mayor, serving from 1998 to 2004, as well as serving three terms before becoming mayor as the city councillor for Fort Rouge.

That was not his only foray into politics. He served as a Member of Provincial Parliament in Ontario with the Liberal Party between 2010 and 2017, including four years as the province’s Minister of Environment and Climate Change. He also ran for leader of the federal Green Party in 2020, but lost to Toronto’s Annamie Paul. 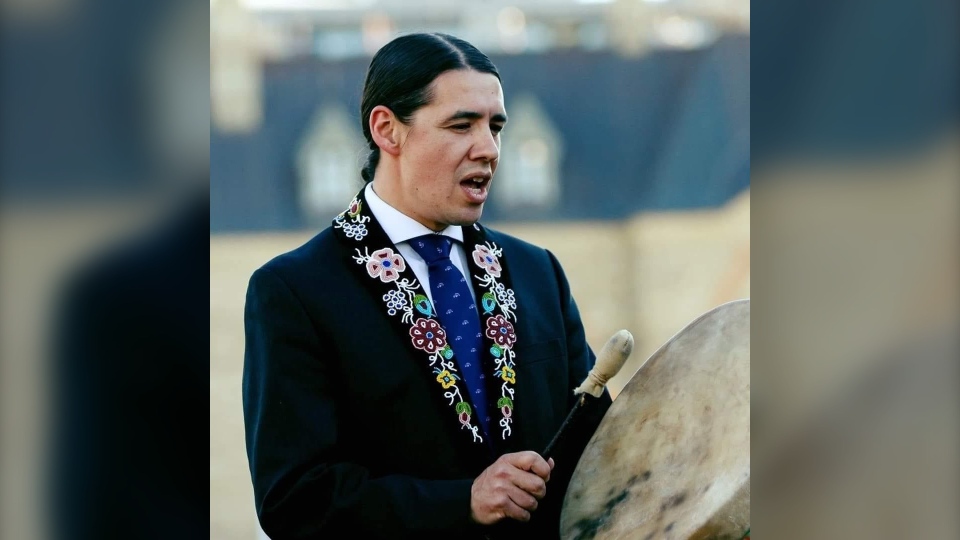 Robert-Falcon Ouellette, a former federal MP, registered as a candidate on May 3.

Ouellette previously ran for mayor in 2014, losing to Brian Bowman. He represented Winnipeg Centre as a Member of Parliament for the federal Liberal party from 2015 to 2019.

Ouellette is of Cree and Métis descent. He is from Red Pheasant Cree Nation in Saskatchewan and was raised in Calgary.

He holds a bachelor of arts in music, as well as a master’s degree in music and music education. He got his PhD in anthropology from Laval University in 2011, and was only the second Indigenous person in the university’s 350-year history to earn a doctorate.

He moved to Winnipeg after he was appointed director of the University of Manitoba’s Aboriginal Focus Programs.

He is also a 25-year veteran of the Canadian Armed Forces. 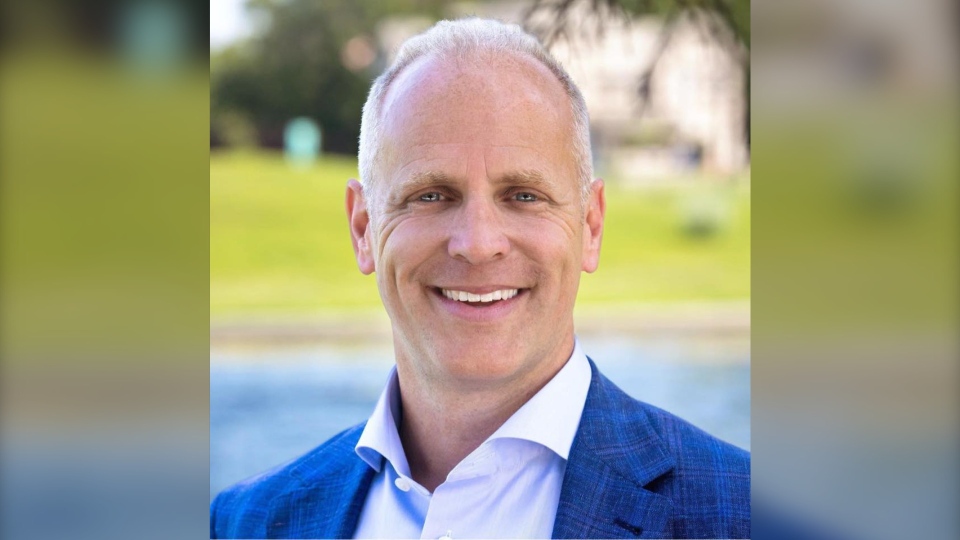 Rick Shone, a small business owner, registered his candidacy in on May 2.

Shone is the owner of Wilderness Supply Company, an outdoor clothing and equipment shop he bought in 2008. He has a bachelor of arts in psychology from the University of Manitoba.

He also started an events company called Swamp Donkey Adventure Racing, which has organized over 50 events with thousands of participants.

He is married to a Winnipeg police officer, and they have two kids.

According to Shone’s campaign website, he is a strong advocate for building a more vibrant, active and inclusive city, and is committed to working with all levels of government to find practical and caring solutions to the challenges Winnipeggers face. 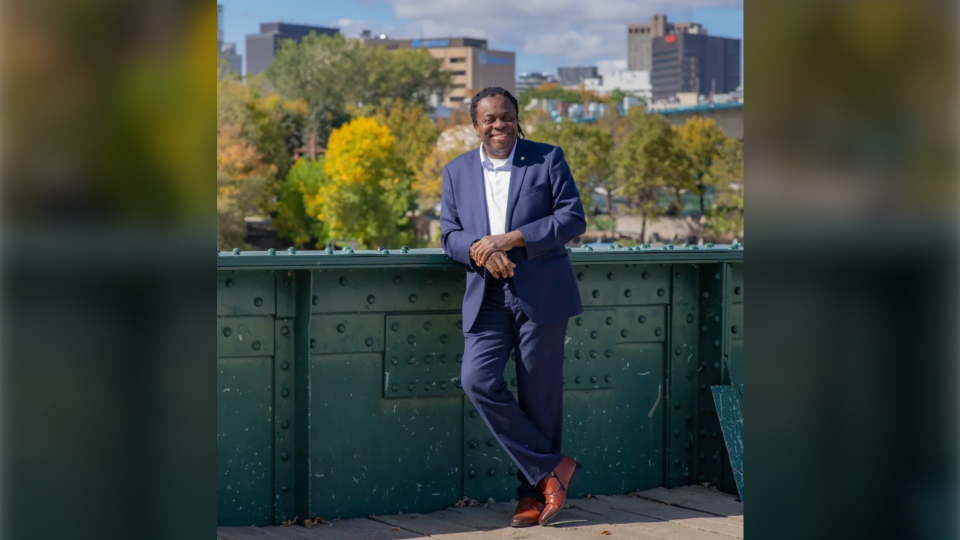 A man who is no stranger to the political realm is once again running for mayor.

Don Woodstock announced his campaign on May 1.

He previously ran in the 2018 election, coming in fourth place with just over 4,700 votes.

Woodstock, who is in the security industry, also ran for councillor in St. Charles in 2014.

He also took at a swing at federal politics when he ran for the Green Party in 2015.

For the 2022 election, he said he is running a “clean sweep” campaign targeting current council members.

(39)
$33.29 (as of September 24, 2022 10:44 GMT -05:00 - More infoProduct prices and availability are accurate as of the date/time indicated and are subject to change. Any price and availability information displayed on [relevant Amazon Site(s), as applicable] at the time of purchase will apply to the purchase of this product.)

(4826)
$24.98 (as of September 24, 2022 10:44 GMT -05:00 - More infoProduct prices and availability are accurate as of the date/time indicated and are subject to change. Any price and availability information displayed on [relevant Amazon Site(s), as applicable] at the time of purchase will apply to the purchase of this product.)

(6155)
$6.98 (as of September 24, 2022 10:44 GMT -05:00 - More infoProduct prices and availability are accurate as of the date/time indicated and are subject to change. Any price and availability information displayed on [relevant Amazon Site(s), as applicable] at the time of purchase will apply to the purchase of this product.)

(33827)
$19.03 (as of September 24, 2022 10:44 GMT -05:00 - More infoProduct prices and availability are accurate as of the date/time indicated and are subject to change. Any price and availability information displayed on [relevant Amazon Site(s), as applicable] at the time of purchase will apply to the purchase of this product.)