Adam Bighill was first to slip behind the microphone in the media room at IG Field Saturday afternoon and was followed by Willie Jefferson, Nic Demski, Mike O’Shea and Zach Collaros. And as the collection of Winnipeg Blue Bombers personnel was asked to opine on the eve of Sunday’s Western Final against the B.C. Lions about a variety of topics, one sentiment repeatedly kept providing the vibe for the room: Confidence.

The line between confidence and arrogance can be razor thin, but the two-time defending Grey Cup champs straddled it exceptionally Saturday afternoon.

Respect for their opponent?

Saying all the right things without spitting out anything incendiary?

And portraying the image of a group that has been there, done that before in the playoffs?

“For us, we handle our business,” said Bighill. “We don’t count ourselves as the winners before going into a game. We try to win the game on Day 1 and Day 2 and Day 3 (of practice) – that’s when the work comes in to win the game. We respect our opponents enough to know that any day you can lose, and we’ve got to work to go get what we want.

“We know what it takes to win. We put in the work to go win. We’ve got to execute now to go win.”

So much of that knowledge/approach comes from the accumulated experiences of the recent playoff runs – from losing the Western Semi-final in Vancouver in 2016, losing again here at home to Edmonton in 2017, falling in Calgary in the Western Final in 2018, to the last two championship runs, first in 2019 as a third-place squad and then last year as a prohibitive favourite.

All of that can harden a squad – and prepare it – for just about every scenario that could present itself in a win-or-go-home situation.

“I don’t know if it’s necessarily experience, it’s just the make-up of the guys in the locker room,” said Collaros. “Maybe that experience lends a hand to that. But we have a mature bunch and that proliferates through the locker room.

“There’s a certain expectation from a preparation standpoint and as long as we’re all holding each other accountable and being accountable to each other, we’re confident.”

The CFL’s game notes points out this experience-related nugget: the Blue Bombers roster features eight players who have played in at least seven playoff games, while the Lions have three.

That, of course, means zero when the ball is put on the tee Sunday afternoon. But it can’t hurt, either. Here’s Bighill when asked about the pressure of expectation and how the Blue Bombers deal with it:

“That’s an easy one,” he began. “We are our harshest critics. We put all the pressure on ourselves to perform – that’s the nature of this business. We don’t feel any pressure because we’ve already put it on ourselves and that pressure then goes down as soon as you put the work in. When you put in the work and go take what you want you don’t have the nerves and the antsy feelings of if it’s going to work out because there’s still a little question in your mind. If you prepare, you have the answers and now it’s about hitting your targets.

“Our expectation is to go out and play the way we know we can because we’ve prepared to do it.”

More on the Blue Bombers vs. the Lions in the Western Final in this week’s 3 STORYLINES… 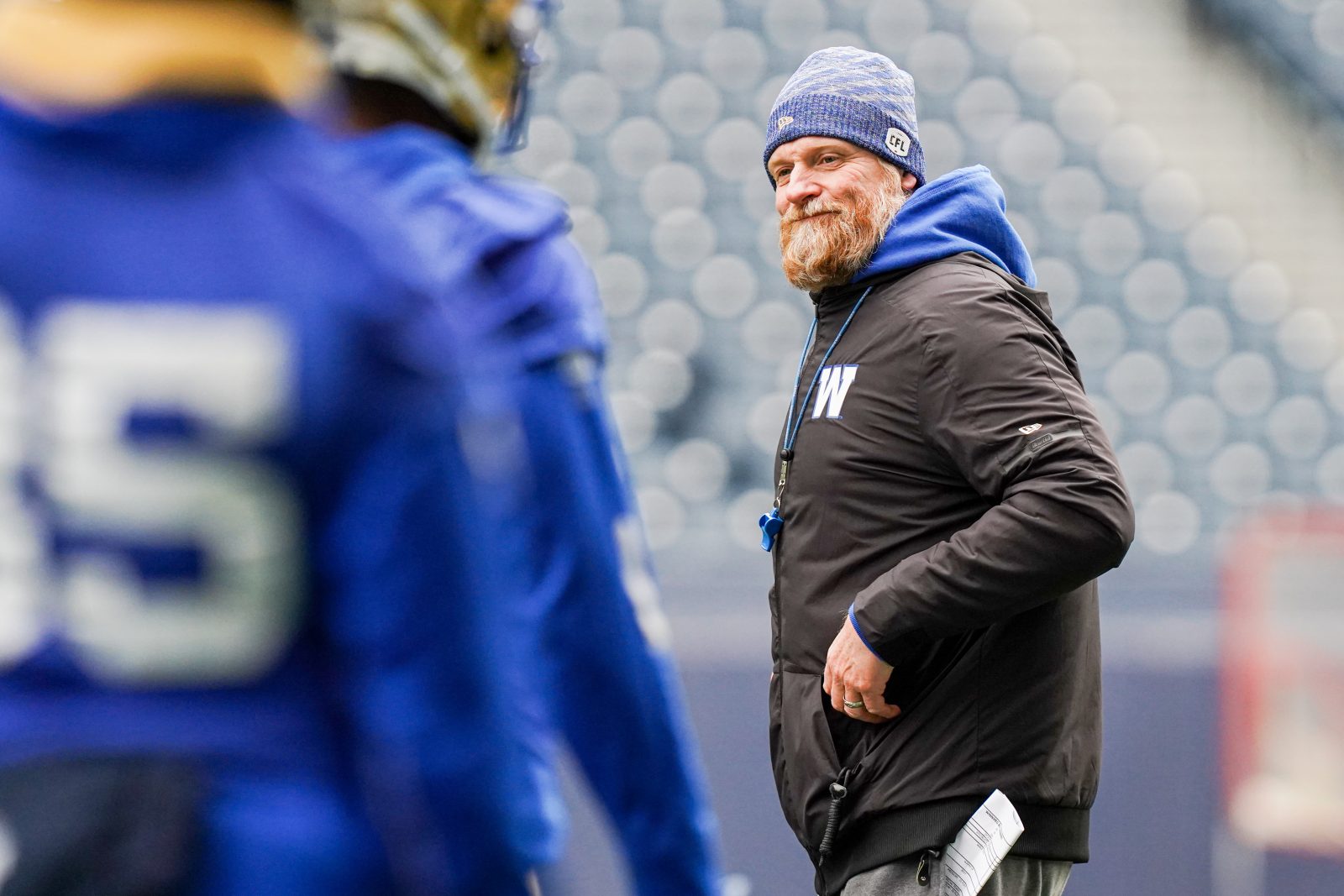 This is meant as no slight to the Toronto Argonauts and Montreal Alouettes banging heads in the Eastern Final, but there are many across the league that wish the Blue Bombers vs. Lions was in fact the Grey Cup game and not a division final.

We won’t get into a debate on the playoff format here – this isn’t the time, the place or the space – so let’s just soak this all in for what it is: a compelling and juicy match-up of the CFL’s two best clubs.

Also in play is Winnipeg’s quest for a three-peat – something not done in the CFL since the Edmonton dynasty of 1978-82 – matched against the nouveau-contenders that are the Lions and their sensational Canadian quarterback, Nathan Rourke.

“We really don’t talk about (a shot at the three-peat) because we know the work is still in front of us,” said Bighill. “We know that we’re doing special things and the special thing this week is to win to get the opportunity to go be in that conversation. It’s taking care of what’s in front of us. The work that we’ve put in and the things that we’ve done this year alone are special. We realize that. You keep handling business – it’s right in front of your face every single day – good things are going to keep happening.”

The Rourke storyline was at a fever pitch early in the season before his injury and in his return, he promptly became the first Canadian quarterback to lead a team to a playoff victory since Gerry Datillio in 1980. Worth noting: the one time this year the young pivot looked normal was in Winnipeg’s 43-22 win in Vancouver in July.

“It’s just another day to play Winnipeg football, Winnipeg defence,” said Jefferson of the Rourke hype. “We’ve been hearing about Nathan Rourke and the B.C. Lions’ high-powered offence since Week 1. We went out there and played them at their house and somewhat quieted that noise for a short period of time. After our game Nathan kept doing what he was doing until he got hurt and the B.C. Lions kept being great. He’s back now and they still want to have that hype around him and around the B.C. Lions.

And when asked if all that Rourke hype irked his squad as two-time champs, Jefferson smiled before offering up his answer.

“You guys have a job to do. We want you guys to hype up the opposing team as much as y’all can,” he said. “It’s not going to make any difference to us. We come in, put on our work boots, put on our hard hat and go to work every day – rain, sleet or snow. That’s how it is in Winnipeg. That’s how it’s going to be.”

“I said early on this week, I’ve been playing in this type of weather – whether it’s actual football weather or playground football – I’ve been doing this since I was a little kid,” said Demski. “I was born and raised here; this doesn’t really affect me too much. At the end of the day, it’s mental warfare and I think we’ve done a good job of instilling that type of mentality in our locker room. It’s going to be to our team’s benefit.”

We touched on the Blue Bombers home dominance of late earlier in the week. Homefield advantage can mean everything at this time of year with home teams winning 12 of the last 14 Western Finals – including Winnipeg’s win last year over the Saskatchewan Roughriders.

“Playing in front of our fans is an amazing thing and they create quite the atmosphere,” said Collaros. “I know I wouldn’t want to be an imposing team coming in here when the defence is on the field.

“It certainly is an advantage for any home team, but especially ours because of our amazing group of fans. It’s going to be real exciting to be out there tomorrow in front of them.” 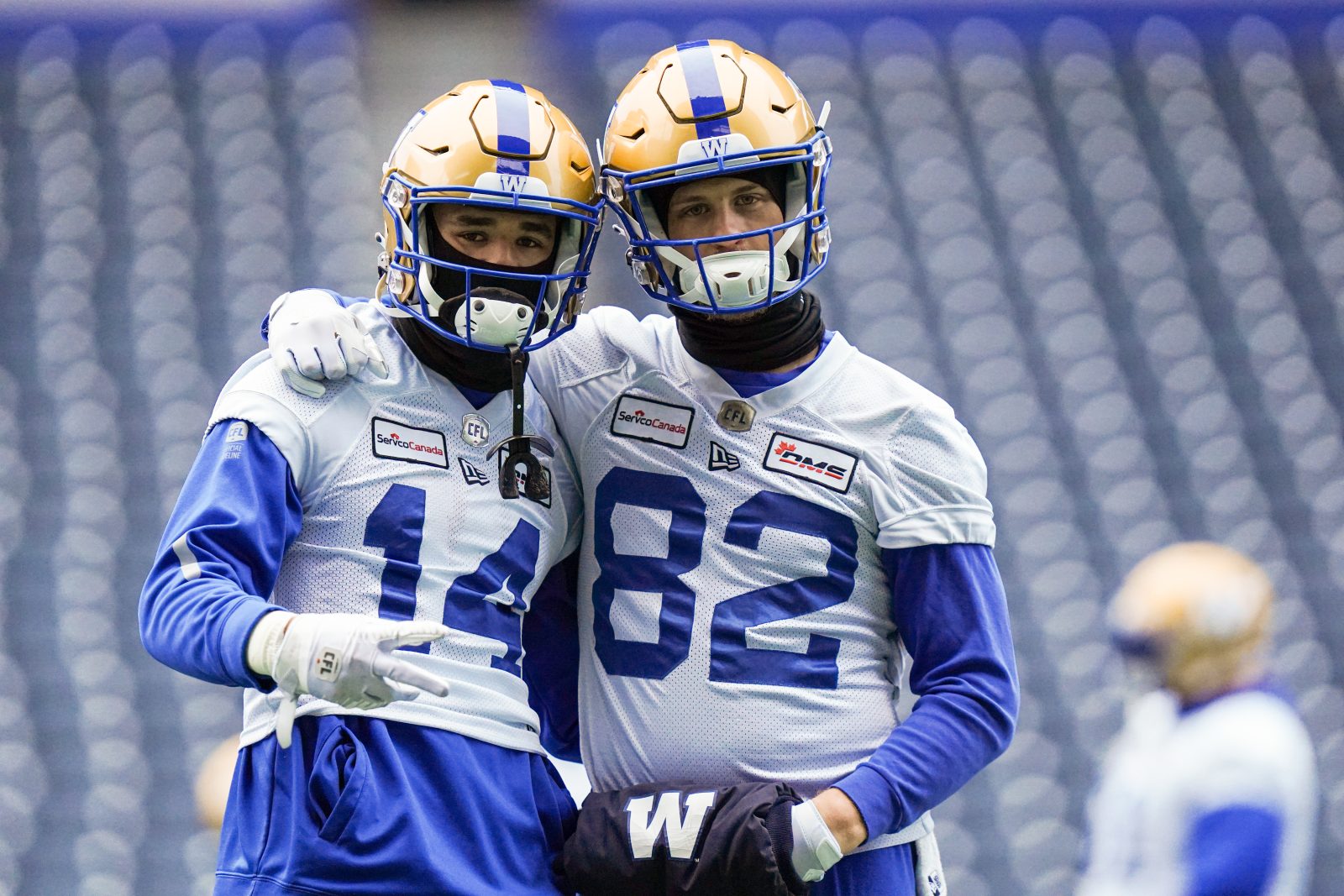 A ‘strange, but true’ stat that often gets overlooked, even in the wide-open three down game where the numbers on the scoreboard can often spin like those a slot machine: The Blue Bombers were a minus in the starting field-position differential in each of their three losses this season, including a whopping -11.3-yard differential in the one lopsided loss the team has suffered in two years in the 48-31 setback in Hamilton in September.

There are so many factors involved in a number like this, from getting solid returns from your own crew to being burned by the opposition, to good downfield kick coverage and punt placement, to penalties on special teams that push an offence back or set up the opposition in prime territory.

To that end, consider this: Winnipeg is the least-penalized team in the CFL, averaging just 5.9 infractions per game. The Blue Bombers’ penalty yardage total of 869 was 346 yards lower than the second-least penalized team in yardage (Ottawa, at 1,215). On top of that – and a tip of the hat to the work of Paul Boudreau’s crew – the Blue Bombers special-teams units were penalized just 14 times this year, 20 fewer than the second-least penalized special-teams unit (Hamilton, at 34).

“It’s quite often the difference,” said O’Shea earlier this week on the importance of field position. “Field position… that’s all football really is. It starts with the basic field position game, so if you’ve got a guy that can flip the field for you, you stand a better chance at scoring more points.”

The Blue Bombers’ field flipper is one of the best in the CFL in Janarion Grant, who finished second in the league in punt-return yards and third in kickoff-return yards and had three touchdowns.

“He’s tough. He’s courageous,” O’Shea said of Grant. “He’s not a timid soul back there. When he’s got the ball in his hand, he’s going to enter that fray no matter how cloudy the picture is and step on the gas. Sometimes people will look at his physical stature and say, ‘he’s going to get killed out there’ but he does not play that way whatsoever. He is full throttle into every situation and his teammates really love that. It doesn’t matter… if the picture’s not that clean, he’s going to try to still hit it up in there and go for whatever amount of yards he can.

(47699)
$13.79 (as of December 5, 2022 10:26 GMT -06:00 - More infoProduct prices and availability are accurate as of the date/time indicated and are subject to change. Any price and availability information displayed on [relevant Amazon Site(s), as applicable] at the time of purchase will apply to the purchase of this product.)

(2995)
$16.38 (as of December 5, 2022 10:26 GMT -06:00 - More infoProduct prices and availability are accurate as of the date/time indicated and are subject to change. Any price and availability information displayed on [relevant Amazon Site(s), as applicable] at the time of purchase will apply to the purchase of this product.)

(35729)
$48.75 (as of December 5, 2022 10:26 GMT -06:00 - More infoProduct prices and availability are accurate as of the date/time indicated and are subject to change. Any price and availability information displayed on [relevant Amazon Site(s), as applicable] at the time of purchase will apply to the purchase of this product.)

(306)
$17.01 (as of December 5, 2022 10:26 GMT -06:00 - More infoProduct prices and availability are accurate as of the date/time indicated and are subject to change. Any price and availability information displayed on [relevant Amazon Site(s), as applicable] at the time of purchase will apply to the purchase of this product.)