VANCOUVER – The first few chapters of the 2021 Canadian Football League season served as both a chance to reacquaint with familiar faces on the Winnipeg Blue Bombers, while also introducing us to some budding new talent. And while the Bombers dropped jaws and opened eyes with their 6-1 start – the league’s top record in the first seven games of the season and the club’s best start since going 7-1 in 2011 – let this be said as the second half is upon us: Now the real fun begins.

The Bombers open up the meaty part of their schedule here on the West Coast Friday night in a matchup against the B.C. Lions, third in the West Division at 4-3. And based on the obvious increase in energy at practice this week, this club is ready to make a run at repeating. Put it this way, their hunger and their focus isn’t a concern.

“I believe they’ve got that understanding,” said Bombers head coach Mike O’Shea this week. “We’ve kept a lot of guys around that understand what it’s going to take and they do a great job of reminding, including their peers that were there with them – the young guys and the vets alike – what that is and what it does take. And if something is not up to their standard on a particular day it’s certainly mentioned and it’s not usually by me. They usually have it figured out before I do and they don’t wait until the end of practice to get it figured out sometimes. It’s the reason why you bring veteran guys in.”

The Bombers continue their stretch of eight straight against West Division foes Friday against the Lions, then followed by a home-and-home with the Edmonton Elks before B.C. is in Winnipeg on October 23rd. The Bombers are 4-0 so far in the eight straight against the West the Bombers. Asked about his message and how players seem to be ‘willing to go through a wall for him’, Coach O’Shea countered with a take that says everything about this squad.

“This is what I believe and it seems like I refute a lot of things that people ask, but their main motivation is sitting right beside them in the locker room,” he said. “That’s all they need. There may be other things that creep into their head as to what their motivations are, but come the end of the season when it matters most you’d be hard pressed to find a guy who wouldn’t say he was motivated by the guy sitting next to him, a teammate.

“It’s not about coaches and the uniform or things like that. I really think it’s about their teammates which, as a coach, is pretty awesome to sit back and watch that when you know that guys are working for the right reasons.” 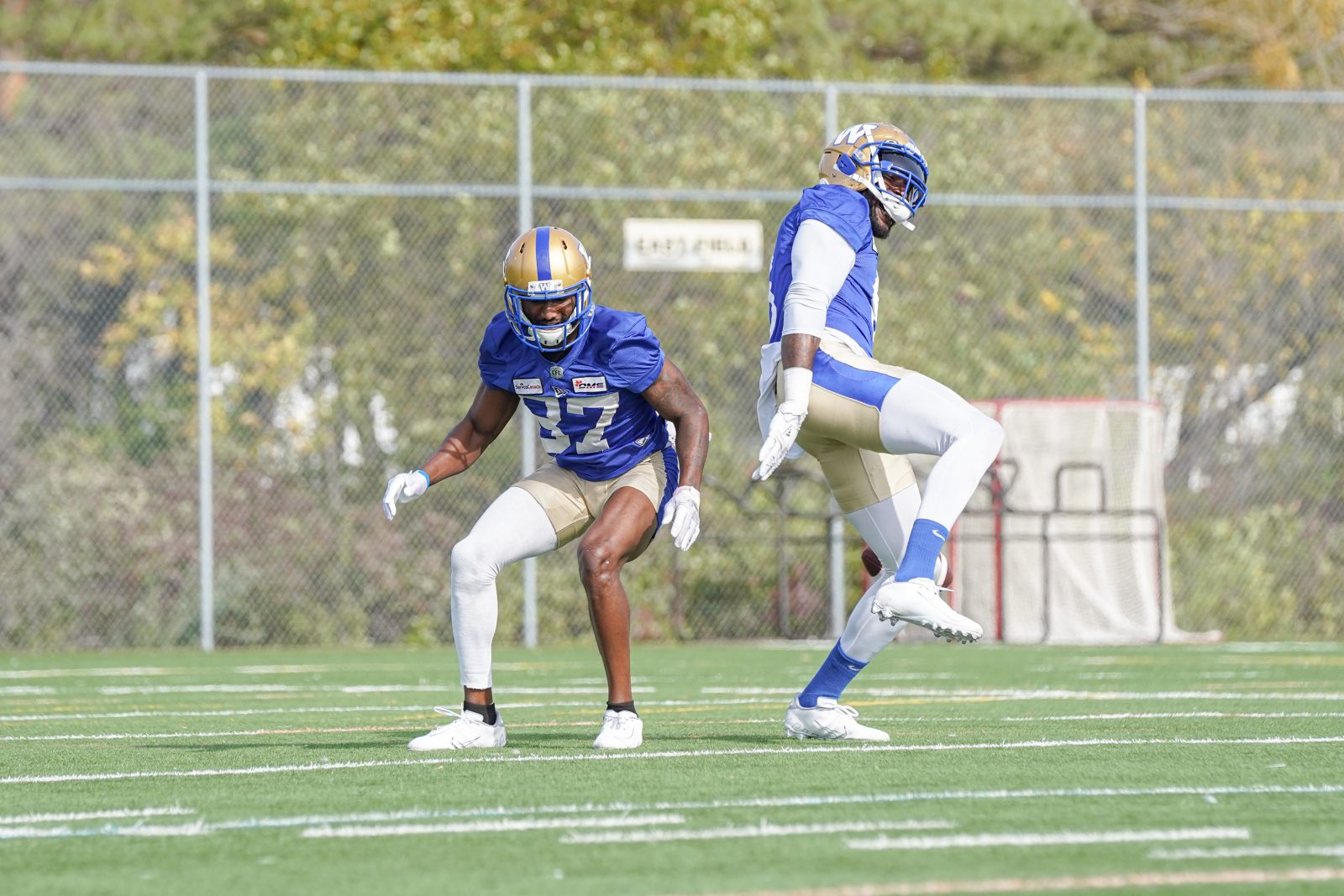 With that as a bit of a state-of-the-Bombers address, let’s look at 3 Storylines for Friday’s showdown with the Lions:

The Bombers returned to work earlier this week with more bodies exiting the infirmary and getting back to full participation – the most notable returns being defensive tackle Steven ‘Stove’ Richardson, linebacker Kyrie Wilson and receiver/kick returner Janarion Grant. All three will be back in the lineup against B.C.

Also, perhaps not coincidentally, the first day of practice featured a small skirmish near the end of the session and an increase of offence vs. defence trash talk all week. ‘Spirited’ doesn’t even begin to describe the practice sessions after the bye week. Grant’s return should help provide a boost to the return game, while Richardson and Wilson will make the CFL’s stingiest defence that much more sturdy.

There’s more, too. Asked what Richardson and Wilson bring to the defence, safety Brandon Alexander offered this:

“Everything. They bring everything. First of all, Stove down there in the middle of that defensive line… he’s a big dude and it’s going to be hard to move him. Also, with Kyrie coming back it’s just a big boost aura-wise.

“We already know what these guys can do playing. That’s not what we were ever worried about. They came back and it was just a different feel out there on the field. Honestly, on the defensive side it felt different just because we got two guys back we started the season with or we started (2019) with. I know they’ve been ready to play since Week 1.

“I’m just glad they’re back and I know they’re happy to be back,” Alexander added. “You can see the smiles on their faces… that’s all that matters. We already knew their play is going to show for itself. But the fact they were out there running around with us again, it was a new life for our team.” 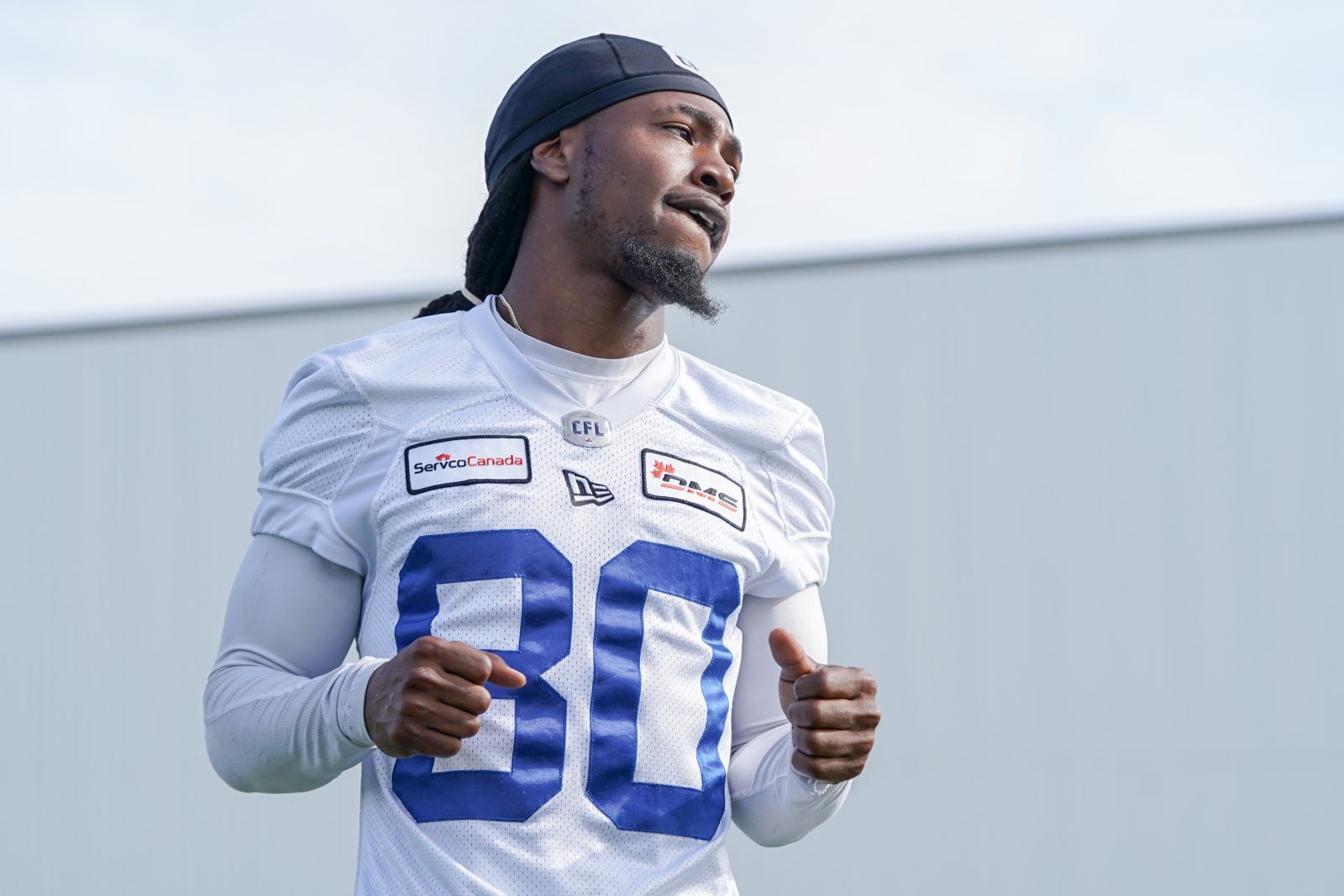 We don’t often do this, mainly because Zach Collaros and Michael Reilly won’t ever be on the field at the same time Friday night so it’s not like one will be testing the other. But a head-to-head matchup featuring the two passing yardage leaders in the CFL is just too tasty a storyline to ignore.

Reilly, with 1,860 yards passing and Collaros, at 1,731, are two veteran pivots who rely as much on savvy and film work as their physical gifts and both offences are clearly better for it. Both men, it’s also worth noting, would have to be considered Most Outstanding Player candidates at the halfway mark – although Winnipeg defenders Willie Jefferson, Jackson Jeffcoat and Adam Bighill might have a say in who the Bombers nominee is before the voting is done.

“You don’t think about it when you’re in that moment or you’re in that game,” said Collaros of the QB duel. “You just focus on the next play, the next play call and what your responsibility is to get your team in the right situation. When you’re in those games you can reflect on them and look back on them when the season’s done… I’m sure Mike will say the same thing – in those moments you’re just focused on whatever it takes to win for your team.”

Reilly, at 36, began the season with a wonky elbow prompting concerns about his future. All he’s done since is throw for 10 TDs against one interception and he’s also rushed for another 117 yards on just 19 carries and three more scores.

“He’s a tough son of a gun. He’s battle-tested. He’s a champion,” said Bombers defensive back Nick Taylor, a former teammate of Reilly’s during their days together in Edmonton, earlier this week. “He’s going to do everything for his team to win. He’s going to put it on the line every play. He’s going to sit there and hold the ball and take some blows just to give his receivers opportunities with that extra second to get open and work on the DB a little bit longer.

“He’s a tough guy, always has been. Always going to do whatever he can to help his team win. That’s why I loved playing with him back in Edmonton. I just knew he was a warrior. We know and understand that about him now. We have to take this as another week to get better as a unit and bring it forward against him because we know all four quarters he’s coming at us.” 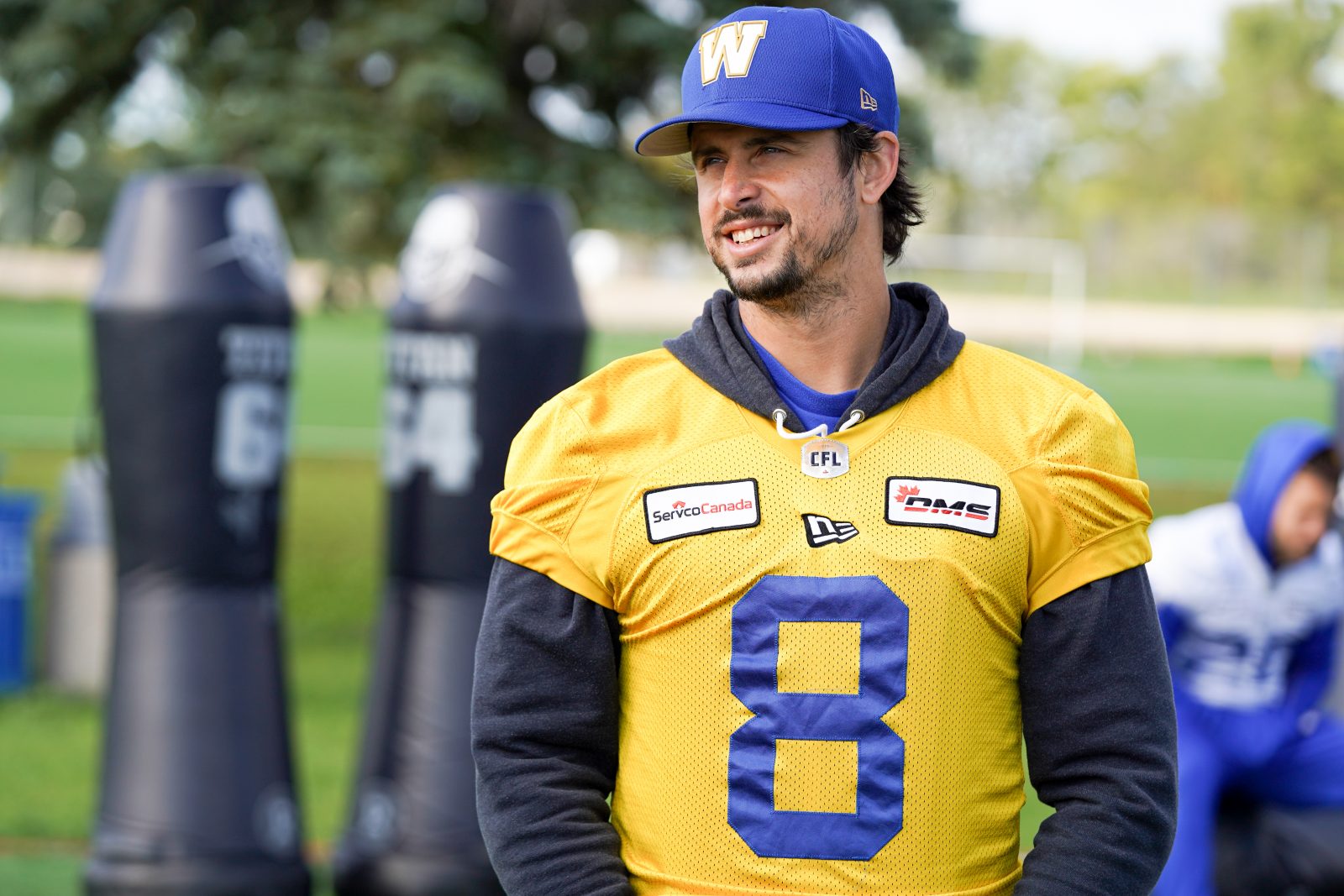 There has been a ton of focus on Lucky Whitehead this week in Bomberland, and with good reason. The former Bomber leads the league in receiving and was named one of the CFL’s Top Performers this week for the month of September. A very popular player during the 2019 season – both among fans and in the Bombers locker room – Whitehead lost his spot in the starting lineup with three games remaining that year and then didn’t see the field again during the epic Grey Cup run.

A free agent after his contract expired this past winter, Whitehead was wooed by the Lions and signed there on the first day of free agency. His game has improved drastically, as he has four 100-yard receiving games and four TDs through the air, plus a missed field goal return score.

“He came to Miami this offseason and we worked out,” said Taylor earlier this week. “He ran a route against me and I said, ‘Whoa… you’ve gotten way better from when you were in Winnipeg’ and he said, ‘Yeah, I’ve been working at it.’ I had seen him work out all offseason on Instagram, but when I saw him in person work out I said, ‘OK, he’s going to be tough.’ And then he got paired with Mike Reilly so they’ve got something brewing over there.”

Worth noting about Whitehead: he has two touchdowns this year covering 75 yards and a third that was 47 yards. Couple that with the 119-yard missed field goal return and Lucky is the epitome of the big play.

“We don’t look in the rearview mirror too much,” said O’Shea when asked if the club regrets not re-signing Whitehead. “… I look at our roster and the type of football we want to play, and I look at the guys we have in spots and they’re there for a reason and they’re good football players. They serve our system very well and our system serves them very well, too.”

(23)
$19.99 (as of October 24, 2021 10:55 GMT -05:00 - More infoProduct prices and availability are accurate as of the date/time indicated and are subject to change. Any price and availability information displayed on [relevant Amazon Site(s), as applicable] at the time of purchase will apply to the purchase of this product.)

$80.00 (as of October 24, 2021 10:55 GMT -05:00 - More infoProduct prices and availability are accurate as of the date/time indicated and are subject to change. Any price and availability information displayed on [relevant Amazon Site(s), as applicable] at the time of purchase will apply to the purchase of this product.)

(217)
$13.99 (as of October 24, 2021 10:55 GMT -05:00 - More infoProduct prices and availability are accurate as of the date/time indicated and are subject to change. Any price and availability information displayed on [relevant Amazon Site(s), as applicable] at the time of purchase will apply to the purchase of this product.)

(1007)
$22.98 (as of October 24, 2021 10:55 GMT -05:00 - More infoProduct prices and availability are accurate as of the date/time indicated and are subject to change. Any price and availability information displayed on [relevant Amazon Site(s), as applicable] at the time of purchase will apply to the purchase of this product.)

(1031)
$24.99 (as of October 24, 2021 10:55 GMT -05:00 - More infoProduct prices and availability are accurate as of the date/time indicated and are subject to change. Any price and availability information displayed on [relevant Amazon Site(s), as applicable] at the time of purchase will apply to the purchase of this product.)