CALGARY – Nic Demski leaned up against a wall just outside the Winnipeg Blue Bombers locker room at McMahon Stadium, his size-large smile and bubbling-over energy offering the physical evidence to the day’s biggest story:

The Blue Bombers gifted receiver is back from the injured list after missing four games, just in time for Saturday’s showdown with the Calgary Stampeders.

“I can’t wait,” began Demski. “I feel anxious – that’s probably the word I would use the most. But at the end of the day, I’ve been keeping my head in it since the moment (the injury) happened.

“It’s been a while. It’s only been four weeks but to me it’s felt like three months, so I’m ready to go back out there and get back in action.”

Demski’s timing couldn’t be more perfect for a Blue Bombers offence that could use his experience and skills. The club will again be without Greg Ellingson and lost Carlton Agudosi in last week’s win over the Edmonton Elks.

A West Division All-Star last year and the Blue Bombers Most Outstanding Canadian, Demski was having his best game of the 2022 season when he hurt his ankle in a Week 3 win over the Hamilton Tiger-Cats. He had seven catches for 96 yards at halftime in that game, before being injured on the first possession of the third quarter. 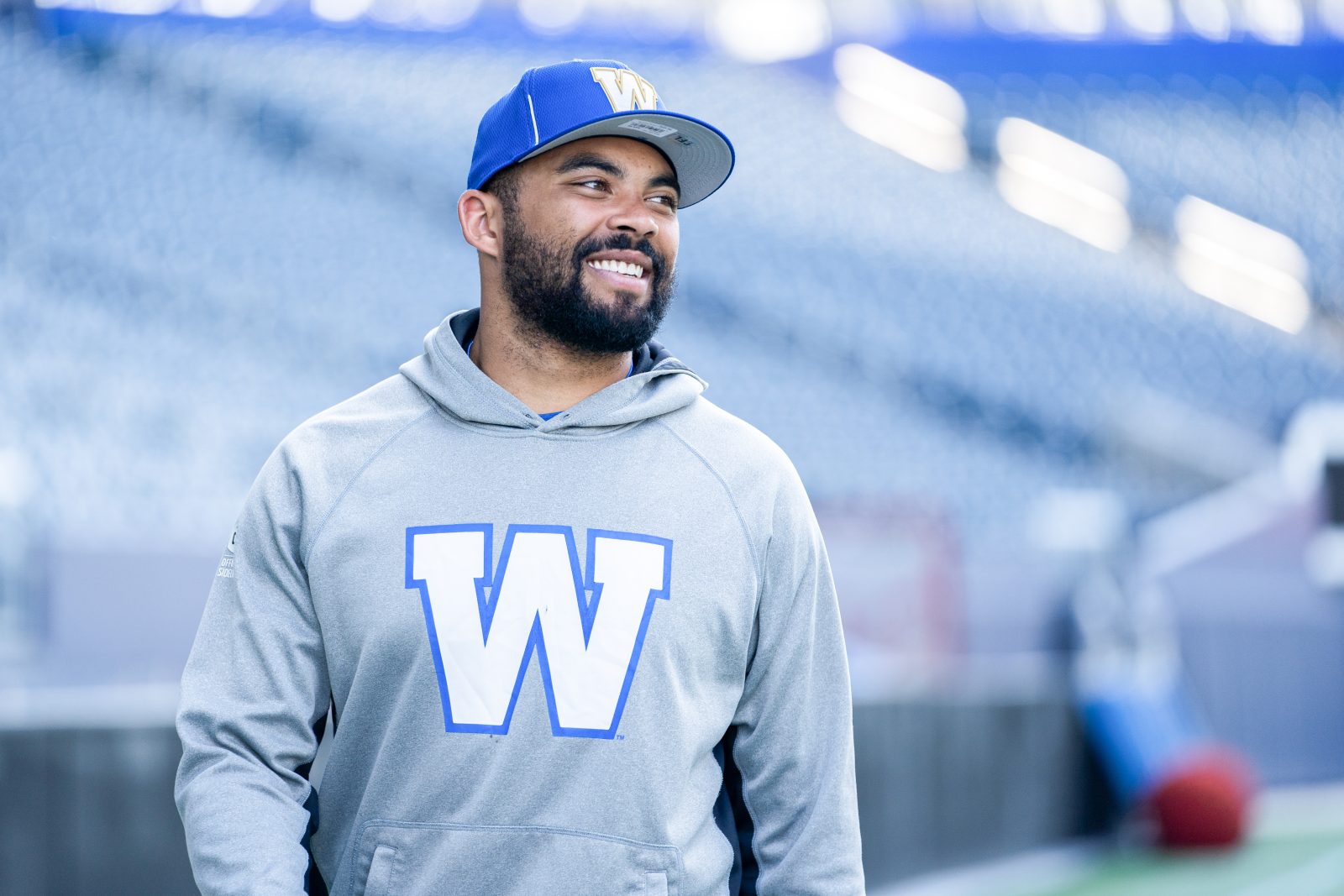 He was placed on the six-game injured list but comes off early after being green lighted by Head Athletic Therapist Al Couture and his staff.

Blue Bombers quarterback Zach Collaros had only seven completions in last week’s win, albeit two of them were for TDs to Rasheed Bailey and Dalton Schoen. Demski’s return means he joins those two, plus Drew Wolitarsky and Janarion Grant among the starters, with Tavaris Harrison also dressing for depth.

“When you’re not with the guys you’re thinking about the game the whole time,” Demski said of a game-day away from the team. “I tried to keep myself busy getting a workout in and even watching a little film myself. You just count down the seconds until it starts. You know all the boys prepare, obviously, but you’re still there hoping for the best and wishing them good luck.

“On game day when you’re not there I wish I could hop off the sideline onto the field but obviously I can’t do that. You’ve just got to be patient and work hard so that I can get to this moment that I’m at right now.”

The return of Demski could be massive for an offence that played its’ part in a win last week despite completing only seven passes and controlling the ball for 15 minutes less than the Elks.

But while getting the gifted receiver back – along with veteran linebacker Jesse Briggs – is a plus, the club will be without safety Malcolm Thompson against the Stampeder offence. Thompson, you may recall, was replacing all-star safety Brandon Alexander, who has yet to take a single snap this year after undergoing offseason surgery.

That means Nick Hallett will step into the middle of the defence as the Blue Bombers continue preaching their ‘Next Man Up’ mantra.

“First off, our positional coaches do a great job,” said Thomas. “They don’t just coach the starters, where some coaches… it’s easy to get caught up in just coaching the guys on the field. They make everyone feel involved. Let’s use linebacker as an example – they coach Adam Bighill just as hard as they do Les (Maruo).

“Everyone in the locker room understands the standard: just because you’re not starting doesn’t mean you’re not the guy. Once guys get a chance, they don’t want to let down the guy beside them.

“We’ve got really good buy-in from 1-68 or however many guys we have in the locker room. That makes a big difference.”

Quarterback Dakota Prukop returns from the six-game injured list, but Winnipeg will still be without Alexander/Thompson at safety, centre Michael Couture, defensive end Jackson Jeffcoat, receivers Ellingson and Agudosi and linebacker Kyrie Wilson as it fights through this nasty part of the schedule. 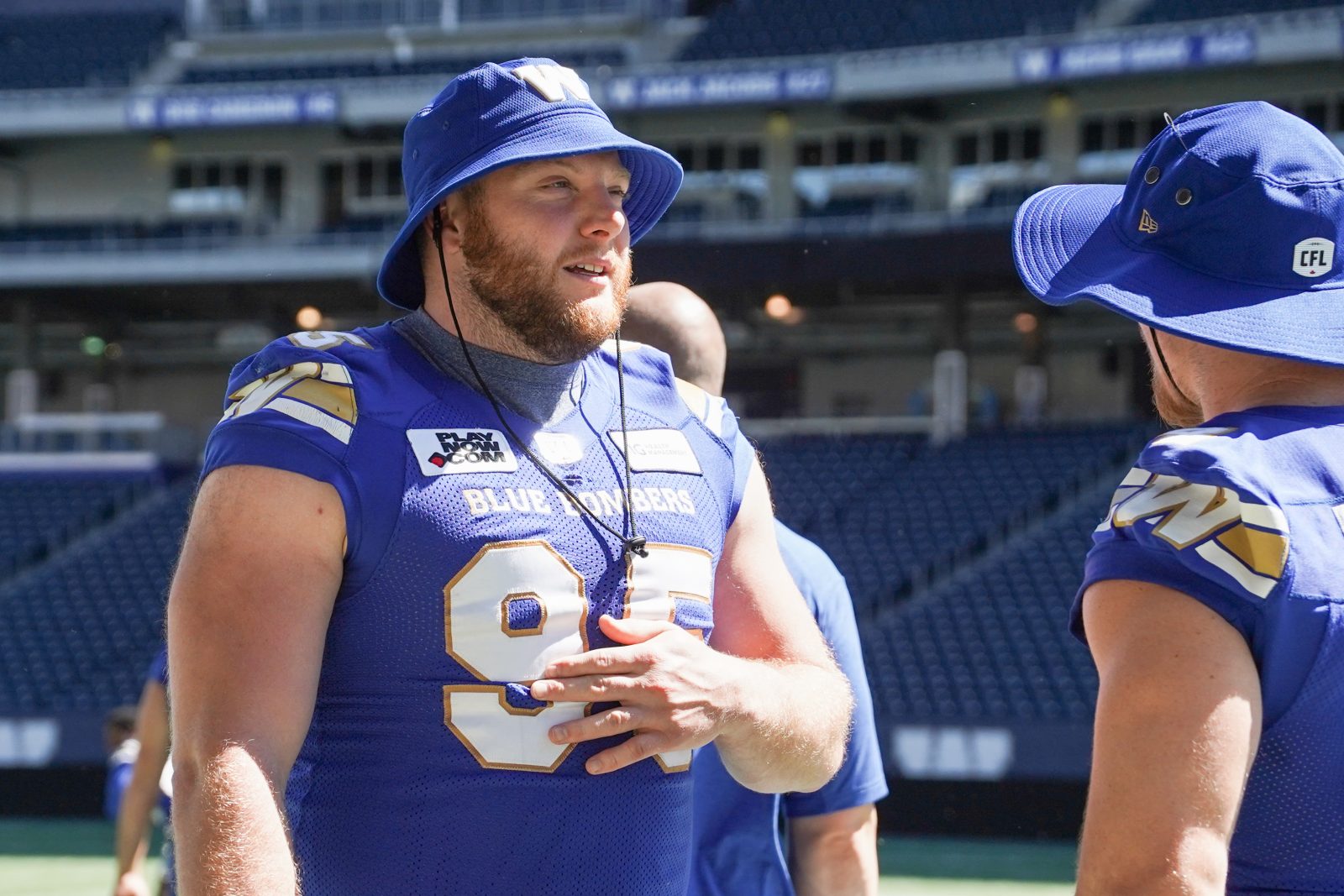 Further to the above, the Blue Bombers are in a stretch that will see them play six games in 32 days, with five of them on the road. The Stamps, meanwhile, are coming off their second bye through the first seven weeks of the schedule.

And with a team coached by Dave Dickenson, that means some the Blue Bombers should expect some new wrinkles both offensively and defensively,

“Every time you play them, whether it’s Week 1 and Week 15 or whether it’s Week 7 and 8 –or Week 6 or 7 in their case – they always give you four or five things that they saw that they want to try and exploit,” said Blue Bombers defensive coordinator Richie Hall. “They always have a new gameplan and them coming off a bye week gives them extra time to prepare for us. It’s going to be a great game andwhat we have to do is just be disciplined and sound and believe in what we do. If we take care of our keys, we’ll be ok.”

Both teams were guilty of some sloppy moments in Winnipeg’s 26-19 victory back on July 15th with Calgary guilty of some dropped passes and the Blue Bombers leaving some sacks and a pair of interceptions out there. That said, the ‘Dark Side’ defence also limited Bo Levi Mitchell to a season low 187 yards passing on 12 of 28 attempts.

“We try to give Bo different looks, but at the end of the day we’ve just got to be in our right spots and where we’re supposed to be,” said Blue Bombers defensive back Nick Taylor. “We want to try and control him and limit big plays. In the last game they had some plays they’d want back, but we want some back, too.

“We just want to put blue on red all game and try to be in his face a little bit and may the best man win.” 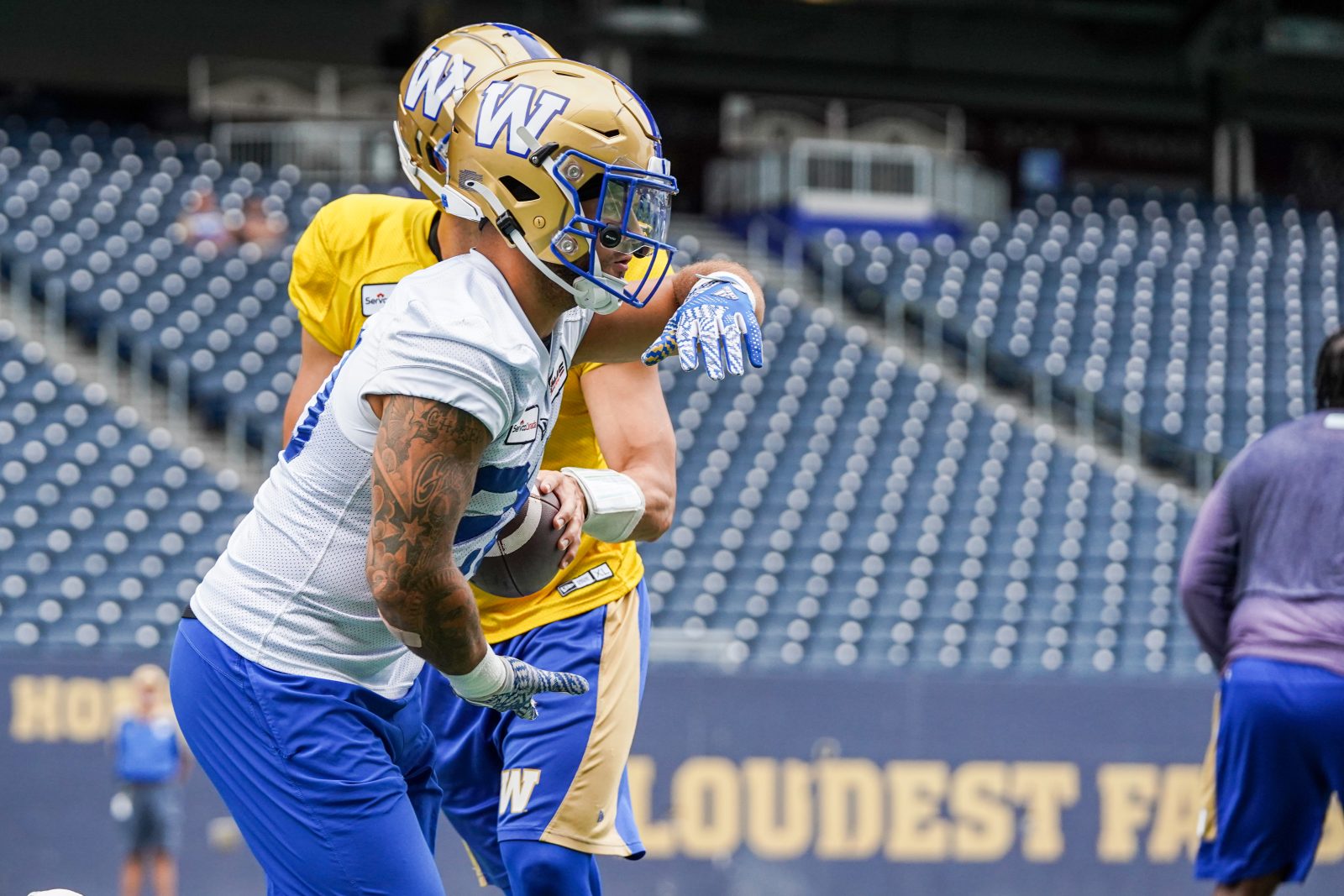 3. STOP THE RUN/GET ON THE RUN

Stampeders running back Ka’Deem Carey torched the Blue Bombers defence in their first meeting, galloping for 110 yards on just 12 carries, for a gaudy 9.2-yard average. Included in that production were runs of 29 and 27 yards.

“We have to be sound in our execution and then when we have the opportunity to make a play, we have to make a play because the thing that they do is they don’t beat themselves. We like to think we don’t beat ourselves and what I mean by that is we don’t go out there and make mistakes where we have busted coverages or busted responsibilities. If we’re sound with what we do, we give ourselves a chance. Is it a guarantee? Nothing’s a guarantee. When you look at our season, that’s what our guys have done – they’ve played hard, they’ve done well and the times we’ve given up yards we haven’t given up points and made plays when we had to make plays.”

The Blue Bombers are coming off a decent run game from last week’s win in Edmonton, running 12 times for 86 yards, but establishing the line of scrimmage will be massive on Saturday. Collaros threw for a season high 315 yards in the last game against Calgary – his 38 attempts was also a season high and the second-most in his days a Blue Bomber while the Stamps finished with three sacks.

This offence has a ‘whatever it takes/whatever it looks like’ approach to winning from week to week but finding some more traction in the ground game is critical.

(2468)
$5.97 (as of September 24, 2022 10:44 GMT -05:00 - More infoProduct prices and availability are accurate as of the date/time indicated and are subject to change. Any price and availability information displayed on [relevant Amazon Site(s), as applicable] at the time of purchase will apply to the purchase of this product.)

(195551)
$20.17 (as of September 24, 2022 10:44 GMT -05:00 - More infoProduct prices and availability are accurate as of the date/time indicated and are subject to change. Any price and availability information displayed on [relevant Amazon Site(s), as applicable] at the time of purchase will apply to the purchase of this product.)

(5534)
$35.15 (as of September 24, 2022 10:44 GMT -05:00 - More infoProduct prices and availability are accurate as of the date/time indicated and are subject to change. Any price and availability information displayed on [relevant Amazon Site(s), as applicable] at the time of purchase will apply to the purchase of this product.)

(17694)
$30.99 (as of September 24, 2022 10:44 GMT -05:00 - More infoProduct prices and availability are accurate as of the date/time indicated and are subject to change. Any price and availability information displayed on [relevant Amazon Site(s), as applicable] at the time of purchase will apply to the purchase of this product.)