It hovers overhead; a big black cloud seemingly ready to rain down anvils on the Canadian Football League.

Yet, despite the ongoing uncertainty around the league as management and the CFL Players’ Association attempt to hammer home a deal on a new collective bargaining agreement with Thursday night’s 11 p.m. deadline looming – plus two pre-season games a day later– teams continue proceed with their daily routine. And that includes the Winnipeg Blue Bombers, who held a two-hour practice session at IG Field on Wednesday.

“We just try to give the message that you’ve got to keep your head in it and let the guys behind the scenes do their thing and stay optimistic a deal is going to get done and not get behind on the game,” said veteran slotback Nic Demski. “The second you ease up and get into the crosswinds of all that, your focus can be in the wrong place. 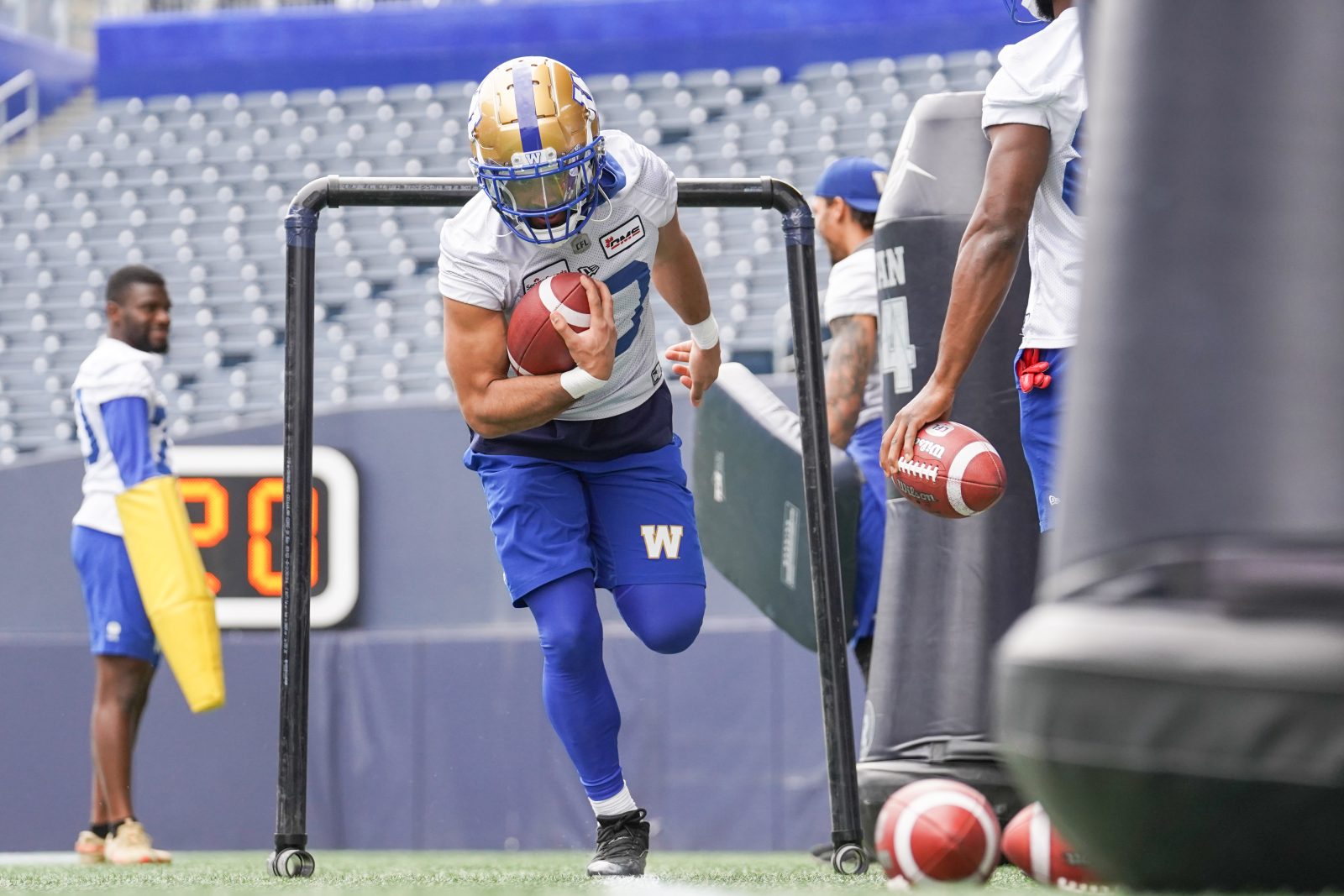 “I’m just trying to keep my focus in the right place and stay dialed in. (CBA discussions) is out of sight, out of mind. I love this game. I play football full of energy and I give it my all. I’m not going to leave anything in the locker room because of what’s going on with the CBA. I’ve got to commit to this game, I’ve got to commit to my teammates. I give it my all every day that I step on the field.”

The CFL’s initial offer had been approved by the CFLPA negotiating committee but was then voted down by the collective earlier this week. That has only amped up pressure to get a deal done before the pre-season games on Friday – including the Blue Bombers hosting the Edmonton Elks at IG Field. The Toronto Argonauts are scheduled to be in Ottawa on Friday to play the RedBlacks, but according to TSN’s Dave Naylor, postponed their Thursday team flight to the capital. If a deal can get done, they would fly to Ottawa on game day.

Of note, Blue Bombers linebacker Adam Bighill – a CFLPA vice president and a member of the bargaining committee – was not at practice Wednesday as conversations continue to try and get a last-minute deal.

“We will prepare like we’re playing. I answered the same thing yesterday – you can’t do it the other way,” said Blue Bombers head coach Mike O’Shea. “You can’t assume you’re not (playing) and then go ‘Oooh, get dressed. Here we go! We’re ready to go!’

“(Thursday) will be a walk-through like any other first pre-season game walk-through. We’ll do 15 minutes extra on just some field administrative stuff and then go through a regular day before walk-through.” 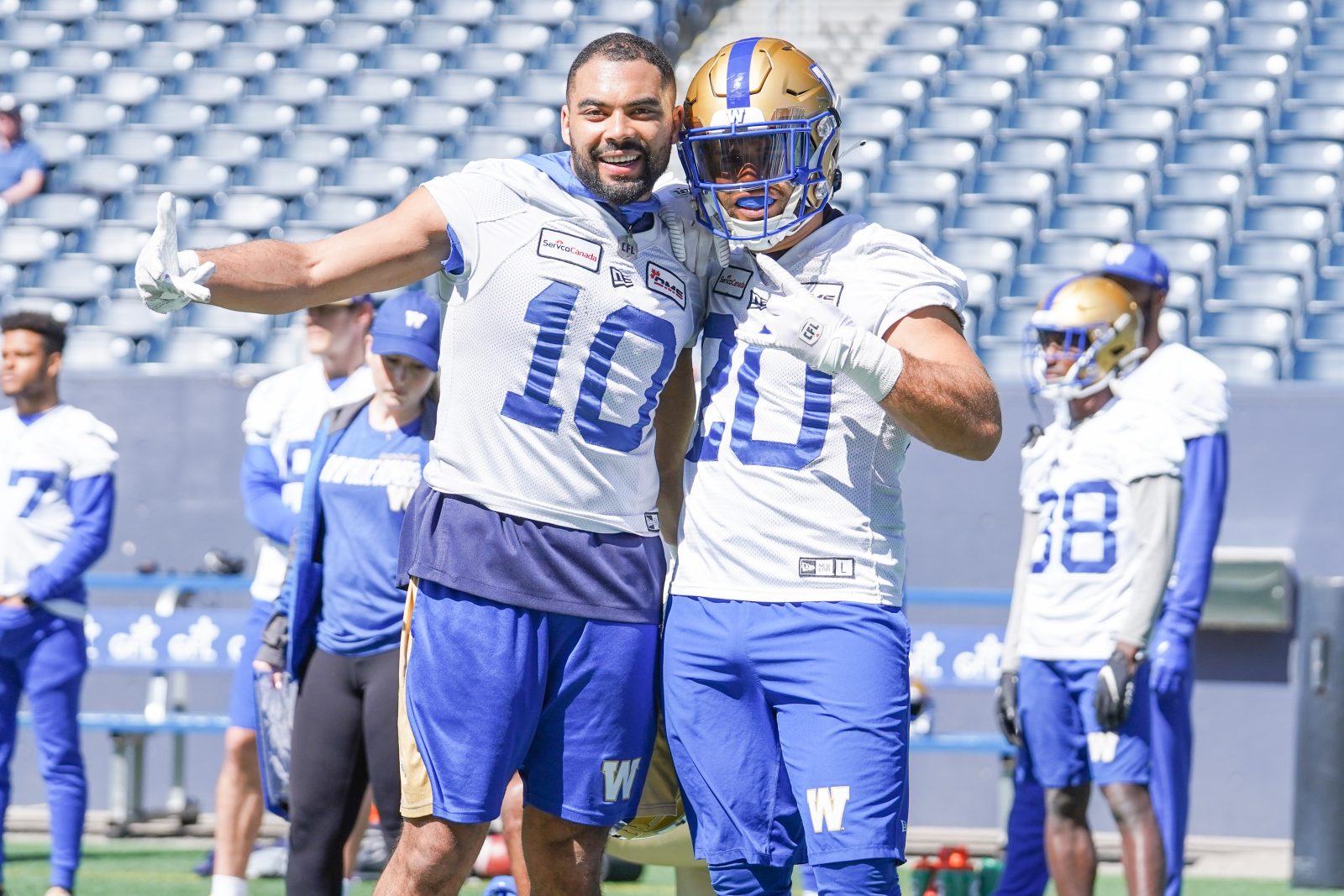 Demski, meanwhile, insisted that during the practice sessions the focus must be on football. But it’s not like the players ignore the conversations before and after in the locker room.

“It comes up. I wouldn’t say it dominates (the conversations),” he said. “We’ve got a good group in here, there’s nothing of that (animosity). At the end of the day we just all love playing football together. We keep that same energy in the locker room just like we do on the field.”

Demski also offered an honest take on the discussions of the tinkering with the Canadian player ratio.

“Obviously with everything going on on social media, on Twitter and what the media has to say they’re going to create a narrative,” he said. “I came out vocally and said ‘I’ll compete against whatever nationality it is – whether you’re from Japan, from overseas in Europe, whether you’re from America I’m going to come out here and compete and the moment I get my job taken away or somebody beats me out of my job that’s what it is. That’s part of football, that’s part of professional sports.

“To me this whole movement about the roster and the ratio, it’s not about me. It’s about the next generation. That’s all I really have to say about that and where my feelings are on that discussion.”