A garage was gutted and a home damaged after a Manitoba Hydro pole caught fire in Winnipeg’s William Whyte neighbourhood Tuesday afternoon.

The fire started in the backlane behind Pritchard Avenue, between Parr and McKenzie Streets.

It destroyed a garage behind a home on Pritchard and damaged the home next door, according to Winnipeg Fire Paramedic Services District Chief Gordon F. Cannell. No one was in the home at the time, he said. 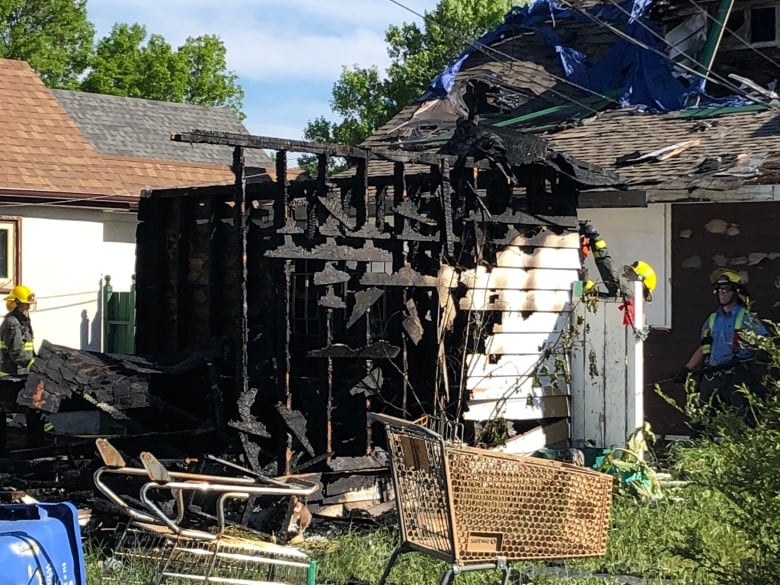 Officals say no one was inside the home when it caught fire. (Travis Golby/CBC)

The blaze also damaged the fence belonging to a Manitoba Avenue home that shares the alley, Cannell said.

He said the total damage estimate for the three properties is $55,000. 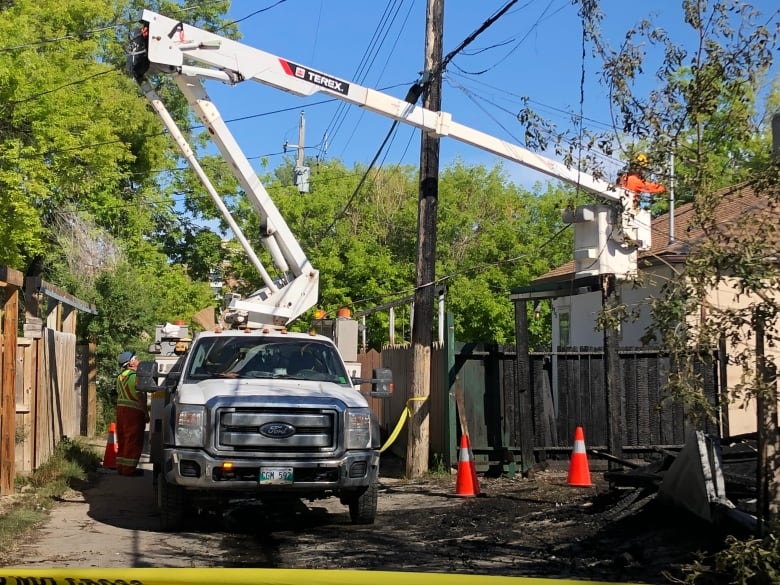 A hydro pole behind the Pritchard home appeared to be damaged after the fire was put out. (Travis Golby/CBC)