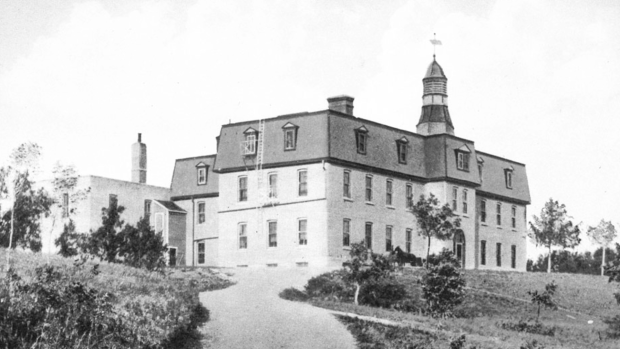 WINNIPEG — A Manitoba woman whose ancestors were buried in a residential school cemetery that is now an RV park is asking the City of Brandon to make things right.

Jennifer Moore Rattray, who lives in Winnipeg, says she has ancestors who were buried in the cemetery when they went to the residential school in Brandon. That cemetery has since been sold and is now the Turtle Crossing Campground RV Park.

“The City of Brandon made a mistake back in 2001 and it sold the land and it benefitted by that sale to the tune of about $133,000 and it offset future costs,” said Rattray. “What I am asking the City of Brandon to do is make a wrong, right. To correct their mistake. A cemetery should never be sold and what they need to do is purchase that piece of land back.”

She said the way the land is used now, people can park their vehicles and their RVs right on top of the graves of Indigenous people which she says is “unacceptable.”

Rattray said she had several family members who attended the residential school in Brandon, and believe at least five died there.

Rattray said it is believed there are around 54 children buried in the area, adding there could be as many as 60.

Rattray said turning a cemetery into an RV park would only be viewed as acceptable when it involves Indigenous children and if this were any other cemetery, there would be public uproar.

“This has been known since 2018 and nothing has happened and nobody seems to care and I just don’t understand why.”

Rattray is renewing the call for action after the remains of 215 Indigenous children were found buried near the site of a former residential school in Kamloops, B.C.

She said Indigenous people have known for a long time about the children who didn’t make it home from residential schools.

“I’m pleased; finally, this is a national conversation because this needs to change. Across this country, and across our province of Manitoba, there are children buried under who knows what.”

She said the children need to be honoured and their families need to know.

The Sioux Valley Dakota Nation said it has been working to properly identify at least three cemeteries linked to the Brandon Residential School.

So far, the nation has been able to identify 104 potential graves and it said only 78 are tracked in cemetery burial records.

“Negotiations to find and protect the Brandon Residential School cemeteries has been complicated,” the nation said in a news release.

The nation is calling on stronger actions from the federal government to help support the families who have been impacted by the residential schools.

It wants to see the implementation of the Truth and Reconciliation Commission of Canada’s Calls to Action, specifically actions regarding missing children and burial information.

It also wants to see long-term community health and trauma support, community research throughout Canada, a centralized and public cemetery database, and legislation that protects all residential school cemeteries.

“We must honour the memory of the children who never made it home by holding the Government of Canada, churches, and all responsible parties accountable for their inhumane actions.”