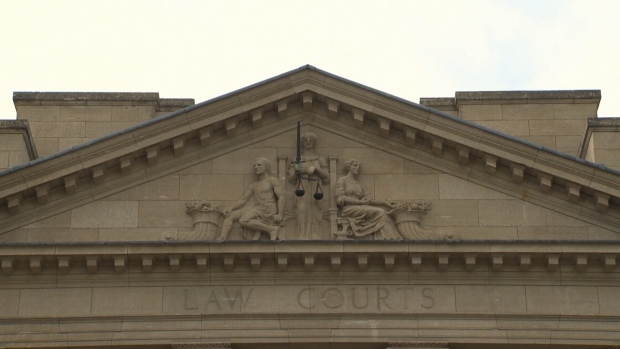 WINNIPEG — Startling news of a legal advocacy organization hiring a private investigator to drum up dirt on a Manitoba judge has put an otherwise little-known charity on headlines across the province – the Justice Centre for Constitutional Freedoms.

On Monday, Court of Queen’s Bench Chief Justice Glenn Joyal recounted how he was followed by a private investigator in an effort to gather evidence of him breaking public health orders.

The private investigation firm was hired by John Carpay, president of the Justice Centre for Constitutional Freedoms, the group representing seven Manitoba churches and several individuals who are challenging Manitoba’s health orders.

Who is John Carpay and what does the Justice Centre for Constitutional Freedoms do?

The Justice Centre for Constitutional Freedoms was founded in 2010 and describes itself as a “voice for freedom in Canada’s courtrooms.”

It has represented people challenging COVID-19-related tickets and took part in a legal challenge against gay-straight alliances in Alberta schools.

More recently, the Justice Centre said it will be representing Maxime Bernier in court over his arrest in Manitoba for breaking public health orders.

Carpay built the organization into a not-for-profit with considerable financial assets.

Currently, the organization’s highest-paid employee makes between $120,000 to $159,999, according to data from the Canadian Revenue Agency (CRA).

Seven other full-time employees make up the Centre’s staff, along with six part-time workers.

The Justice Centre, however, didn’t always boast such a large staff and assets.

In 2011, based on a financial statement released on the Justice Centre’s website which has since been removed, the Centre had $50,900 in total assets and received tax-receipted donations amounting to $269, 771

Tax-receipted donations are those that allow the donor to receive a tax credit for the funds given.

That’s jumped a considerable amount in the six years since, with available data from the Canada revenue Agency showing the Justice Centre, registered as not-for-profit, with total assets amounting to $1,742,314 in 2020.

The Justice Centre received $2,639,500 in donations, according to CRA data.

Information provided by CharityData.ca, which compiles donations charities make from other charities, shows that the Justice Centre received donations from an array of charitable organizations, most of them churches or Christian organizations.

On the Justice Centre’s website in 2016, the organization also specifically thanked support from the Aurea Foundation and the Donner Canadian Foundation.

The former funded a debate featuring former Donald Trump adviser Steve Bannon in Toronto in 2018, while both are known to fund conservative think-tanks in Canada.

All of the money flowing into the Justice Centre may not be from Canadian sources.

On the Justice Centre’s CRA financial profile, the organization said “yes” when asked if it had received donations or gifts valued at $10,000 or more from donors outside of Canada.

Detailed information on where, exactly, those donations came from and how they’re used does not need to be publicly disclosed by the Justice Centre and is not available to the public.

“I think that if there’s something major that’s going on that’s inappropriate or non-compliant, the CRA should have the ability to warn the public,” said Mark Blumberg, a Toronto-based lawyer who specializes in the non-profit sector.

“The public is in the dark and that haunts the public trust in the charity sector,” he said.

“They shouldn’t be paying for illegal things, either,” said Blumberg, in relation to Carpay’s hiring of a private investigation agency to keep tabs on Justice Joyal.

Some information does exist as to where some of the Justice Centre’s foreign donations may come from.

The Atlas Network, a Washington-based organization that generally makes donations to right-wing think-tanks, listed the Justice Centre as one of its “Global Partners” in 2018.

That distinction has since been removed on the Atlas Network’s website.

A former director of the Justice Centre, Marco Navarro-Génie, is currently listed as one of the Atlas Network’s “people” on its website.

Unless an audit is conducted by the CRA, with that information later released, it is next to impossible to determine who, or what organizations, are currently funding the Justice Centre.

University of Manitoba political science professor Karine Levasseur has submitted a complaint to the CRA calling for an audit of the organization.

“There is a sense of heightened legitimacy when an organization has charitable status,” said Lavasseur.

“It only takes one charity to erode the trust Canadians have with charities.”

Lavasseur said an audit could look at financial elements including where funding is being allocated and can also include business activities of the charity in question more broadly.

“Privacy is important, but so is transparency,” she said.

“This case is a good reminder that we don’t, as a country, have suitable institutional arrangements to balance the need of privacy and transparency of registered charities.”

For privacy-related reasons, the CRA could not confirm or deny if an audit into the Justice Centre is underway or will be in the future.

John Carpay, the wake of this week’s events, is now “taking an indefinite period of leave” from the Justice Centre, the charity’s board of directors wrote on Tuesday.

The fallout from Carpay’s actions could have financial ramifications for the Justice Centre, said Mount Royal University professor Lori Williams.

She said Carpay has been involved in somewhat controversial events in the past, notably when comparing the 2SLGBTQ rainbow Pride flag to a swastika.

Carpay hiring a private investigator to drum up evidence on a judge, however, is quite different and may put a permanent dent in the Justice Centre’s reputation.

“Will the organization continue? Will it enjoy the donations it has in the past?” said Williams, adding that past donors may rethink things given Carpay’s recent action.

“The very existence of the Justice Centre, in terms of its charitable status and people being will to association with it and to donate money to the organization, all of that is up in the air,” said Williams.

The Justice Centre did not respond to a request for comment from CTV News.