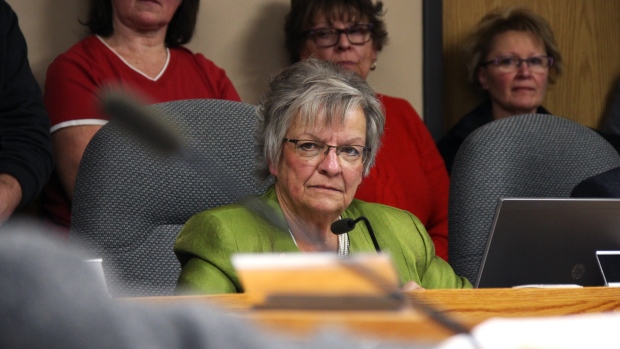 WINNIPEG — A request by the Mayor of the RM of St. Andrews asking for a review of the decision to strip her of her powers nearly two years ago was dismissed by a Manitoba judge.

On Monday, Justice Victor Toews denied Mayor Joy Sul’s request for a judicial review of the decision by councillors in the community, saying Sul, “has not established by clear evidence any bad faith or fraudulent intent.”

DJ Sigmundson, the CAO of the community, said it was important the decision by Toews was made.

“Now the municipality can move forward, put this behind us, and start to pull together as a team and move towards new and exciting projects,” he said.

During a special council meeting on Dec. 16, 2019, a majority of councillors voted to remove Mayor Joy Sul as chairperson and spokesperson for the rural municipality, duties typically held by the mayor.

Councillor John Preun was named as the chair and spokesperson for the community.

The decision left Sul, who was elected in 2018 with nearly 63 per cent of the vote, as mayor in title only.

Sul requested a judicial review of the decision. A two-day hearing on the matter took place in June at the Manitoba Court of Queen’s Bench.

‘DEMOCRACY HAS ENDED IN ST. ANDREWS’

Speaking on Tuesday, Sul called the decision a “sad day for the RM of St. Andrews,” and said it tells the residents of St. Andrews that their voices and votes don’t matter.

“As far as I am concerned, democracy has ended in St. Andrews,” she said.

“In fact, this decision allows other councillors in any municipality in Manitoba to nullify the role of their mayor or reeve, reducing the role to a title only.”

She said the fact that a group of councillors can band together to make changes could lead to concerning decisions being made.

“If a group of councillors can change the role of mayor, what is stopping them from increasing their salaries?” Sul said.

She added the decision could also deter more people from running for mayor or reeve in other Manitoba communities.

Sul added she is currently speaking with her lawyer regarding her next steps.

-With files from CTV’s Danton Unger.