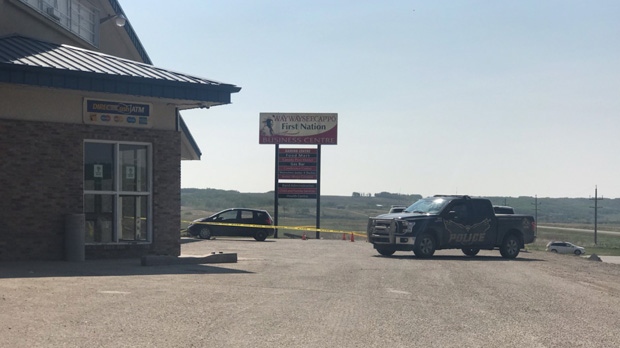 WINNIPEG — Manitoba’s police watchdog has found an officer’s decision to shoot a man in Waywayseecappo First Nation was reasonable and justified.

The Independent Investigation Unit wrapped up its investigation into the May 29, 2019 shooting, which involved a member of the Manitoba First Nations Police. The IIU said the officer shot and injured a man, after the officer was stabbed in the head and neck.

The officer will not fact any charges as a result of his actions.

On the day of the shooting, police attended a disturbance complaint in the parking lot of the Waywayseecappo Gaming Centre. The IIU said the officer spoke with a number of intoxicated people and attempted to arrest one man. The IIU alleges the man suddenly stabbed the officer in the head and then repeatedly stabbed him in the back and neck.

During the struggle, the two fell to the ground. When the officer was able to stand up, he shot the man, striking him once in the side of his face and shoulder.

Zane Tessler, civilian director of the IIU, said the man attacked the officer without warning or provocation, and that the officer’s decision to shoot the man to prevent further harm was both reasonable and justified.

The IIU said the man remains before the court on charges stemming from this incident, and a complete report will be available following disposition of the charges.