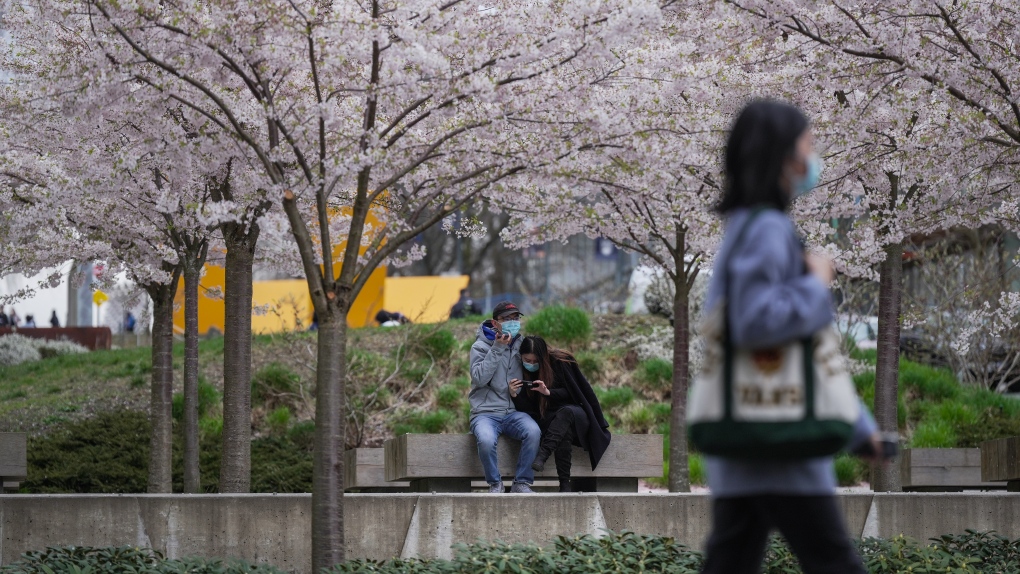 Young people’s salaries in Canada aren’t keeping up with the cost of living, even when employed full-time, according to affordability studies; and the ability to afford city rents and home ownership is becoming a “pipe dream” for many.

Unlike the millennials who entered the market during the 2009 global recession and faced massive unemployment (at a staggering 11.8 per cent), today’s younger cohort enters an economy with a historic labour shortage, enabling getting a job and earning paycheques slightly easier.

But skyrocketing housing and rental prices, trailing student loan payments and sharply rising costs of living have all become barriers to independently affording life as a young person in Canada.

For 24-year-old Erko Abdurahman who lives with his family in Ajax, Ont., just being able to move out and afford rent in Toronto is a “pipe dream.” Currently employed as a full-time subway operator with the Toronto Transit Commission (TTC), he told CTVNews.ca on Tuesday that he gave up the dream of owning a house in Canada a long time ago.

“I probably will eventually be able to live on my own but buy a place that is mine and not have to pay rent? Absolutely not,” Abdurahman said.

Abdurahman says that he currently owes $19,385 from his Ontario Student Assistance Program (OSAP), and estimates he’ll need to pay $1,000 a month for the next two years to finally be debt-free. When factored in with his other monthly expenses (an estimated total of $882), his average monthly salary of $3,600 isn’t enough for the added expense of rent.

“Even though my bills aren’t as high as some, if I add rent to it, I’ll either end up saving nothing or not paying my OSAP back,” he said.

Most cities in Canada have become unaffordable for young people to live in, with many aged 15 to 29 losing an average of $750 when living in cities, the 2022 Youthful Cities Real Affordability Index found.

The report, resented by the RBC Future Launch in May, argues that in order for young people to break even in cities, they would need to “isolate themselves,” and cut out costs for transport, dining out and entertainment.

“Affordability shouldn’t only be about the basic necessities for survival,” Claire Patterson of Youthful Cities said in a release.

“Affordability should also include the ability to pay for those things that contribute to the vibrancy of a person’s life. In today’s Canadian cities, opportunities to thrive simply aren’t equally accessible to all young people.”

It was also found that increased costs of living are also not reflected in most young people’s incomes, as two-thirds of Canadian cities are still out of reach for young people who have full-time jobs.

A June report by RBC cautioned that housing trends have reached “the worst level of affordability since the early 1990s,” and that while home prices are expected to decline in the following months, it won’t drastically improve affordability.

Young people often rely on other sources such as their parents when it comes to home ownership, according to Jesse Abrams, the CEO of Homewise, an online mortgage brokerage based in Toronto.

“A lot of first-time homebuyers these days actually get help from the bank of mom and dad,” Abrams told CTVNews.ca on Tuesday.

“And that can happen in two different forms. One is a down-payment gift, where a parent could actually help with a down-payment from their own savings and the second is with co-signing on a mortgage for a home purchase.”

A report last year from the financial advising firm, IG Wealth Management found that 72 per cent of parents surveyed were willing to help their children purchase a first home, giving an average of $145,000 per child.

“We are definitely in a home-affordability crisis,” Carrie Freestone, an economist with RBC, told CTVNews.ca on Wednesday.

“Housing is the least affordable that we’ve seen in decades,” she said, adding that a limited supply of housing makes home ownership even less accessible to younger Canadians.

In 2022, 1.3 million people over the age of 18 – or roughly four per cent of Canadians— reported being behind on their rents or mortgages, according to an August survey by Finder.com, a personal finance comparison site.

Gen Z respondents were four times more likely to consider moving for lower housing costs than Boomers, at 12 per cent compared to three per cent.

“Life is also becoming so expensive that we could potentially be driving out really high-quality young talent, where they just won’t be able to afford to live (here),” Abrams said.

Many young Canadians are in debt

Numbers from 2019 showed that nearly two million Canadian students owed the federal government a total of $20.5 billion, with the average loan balance exceeding $13,000 at the time of leaving school — although these numbers don’t include debt to other sources, such as private student loans.

Currently, the average student loan debt in Canada is $15,300 for college graduates and $28,000 for those with bachelor’s degrees, according to Statistics Canada.

Erika Shaker of the Canadian Centre for Policy Alternatives told CTVNews.ca in September that loan forgiveness would be “absolutely life-changing for students who qualify.”

Abdurahman, who graduated in 2021, says that his OSAP payments have often prevented him from being able to independently invest in important expenses such as a car, rent and even extended travel.

Tuition rates have tripled in Canada due to limited government funding to universities since the 1990s, a 2018 RBC report found. According to its research, “over 20 per cent of graduates with a bachelor’s degree start out with more than $25,000 in debt,” in 2018.

Currently, graduates can apply to delay their government student loan payments if their income falls below $25,000, although the Liberals campaigned last year on increasing the threshold to $50,000. The Liberal government has also waived student loan interest charges until March 2023.

Many young people have reported taking on debt to pay off their expenses, listing paying bills, consolidating debt, and covering living expenses after losing a job as the most common reasons, while other important expenses such as buying a car, education and home renovations weren’t too far behind.

“We’re essentially seeing sort of a huge wealth gap in millennials and other young people,” Freestone said. “Inequality is worse for millennials than for older generations, and a lot of this has to do with their debt level.”

With files from CTVNews.ca’s Tom Yun

Never Finished: Unshackle Your Mind and Win the War Within

(22)
$24.43 (as of December 8, 2022 10:28 GMT -06:00 - More infoProduct prices and availability are accurate as of the date/time indicated and are subject to change. Any price and availability information displayed on [relevant Amazon Site(s), as applicable] at the time of purchase will apply to the purchase of this product.)

(30115)
$45.00 (as of December 8, 2022 10:28 GMT -06:00 - More infoProduct prices and availability are accurate as of the date/time indicated and are subject to change. Any price and availability information displayed on [relevant Amazon Site(s), as applicable] at the time of purchase will apply to the purchase of this product.)

(9474)
$59.99 (as of December 8, 2022 10:28 GMT -06:00 - More infoProduct prices and availability are accurate as of the date/time indicated and are subject to change. Any price and availability information displayed on [relevant Amazon Site(s), as applicable] at the time of purchase will apply to the purchase of this product.)

(3606)
$24.98 (as of December 8, 2022 10:28 GMT -06:00 - More infoProduct prices and availability are accurate as of the date/time indicated and are subject to change. Any price and availability information displayed on [relevant Amazon Site(s), as applicable] at the time of purchase will apply to the purchase of this product.)

(45604)
$14.99 (as of December 8, 2022 10:28 GMT -06:00 - More infoProduct prices and availability are accurate as of the date/time indicated and are subject to change. Any price and availability information displayed on [relevant Amazon Site(s), as applicable] at the time of purchase will apply to the purchase of this product.)