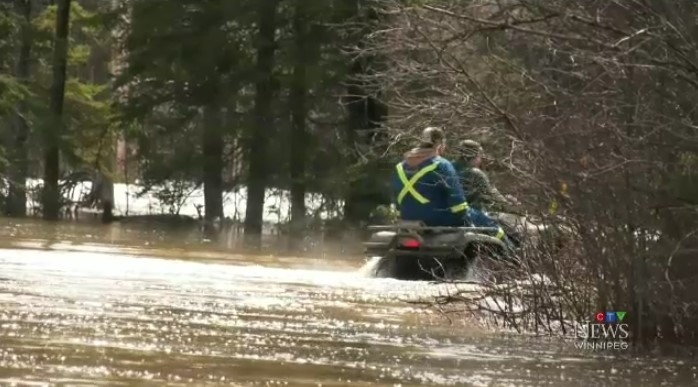 Southern Manitoba could be hit with another 20 to 50 millimetres of rain over the next few days.

In the Manitoba government’s flood bulletin released on Monday, it said the province is monitoring a precipitation system that could bring more rain over the next five days, ending on Friday.

The government noted that depending on the amount, location and intensity of the rain, it could impact water levels in some parts of the province.

The Manitoba government also issued an overland flood warning for the Parkland region, because recent rainfall combined with the snowmelt has caused run-off.

This run-off has overwhelmed creeks, rivers and drains in the area and also caused damage to infrastructure and flash flooding.

Drivers are asked to try and avoid travelling in the Parkland region as much as possible as there are a number of road closures in the area. Manitoba noted that flash flooding has caused overtopping of roads, as well as damage to bridge and culvert crossings.

More information on road closures in the province can be found online.

The province has sent crews to the area to assess the impact and respond as required.