You Are Here Home news Answering the call: Winnipeg’s Feast Café to cook up meals for 500 storm evacuees 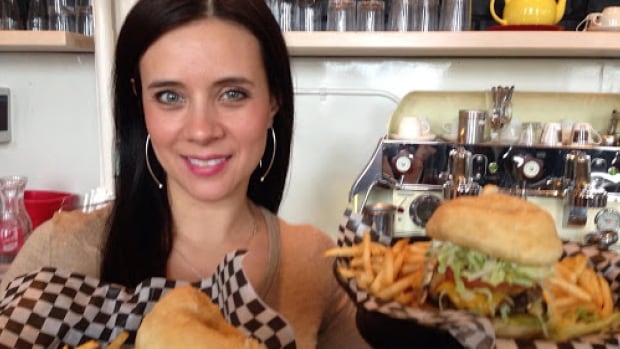 A Winnipeg restaurant closed its doors to the public Wednesday, in order to ensure evacuees from First Nations communities forced from their homes by this month’s snowstorm can chow down on some home cooking.

Christa Bruneau-Guenther, owner of Feast Café Bistro — a restaurant on Ellice Avenue that specializes in traditional Indigenous food — told CBC News that she was approached by the Red Cross about three months ago.

They asked whether she’d be willing to provide her cooking skills to the Indigenous community in the event of a disaster, such as a flood or storm.

“I’d definitely be open to doing that,” Bruneau-Guenther remembers telling them. “It’s really important for us here at Feast to support our communities, but also to give them some of our traditional food made with our hands.”

A snowstorm of “unprecedented” magnitude hit the province on Oct. 10, forcing thousands of people to leave their homes in First Nations communities. Many came to Winnipeg with help from the Red Cross and nearly two weeks later, hundreds still haven’t been able to go home.

On Tuesday, the Red Cross called Bruneau-Guenther, asking if Feast would be able to cook and deliver food to 500 of those evacuees, for five days, starting Wednesday morning.

The restaurant has handled that sort of crowd before, but not all at once, every day, Bruneau-Guenther said.

The decision wasn’t an entirely easy one, she added, noting that the restaurant had to close to the public Wednesday in order to handle the demand.

“But our people need some good healthy food, and they’re displaced from their homes, and that’s really important.”

After hanging up the phone with Red Cross, Bruneau-Guenther called her food supplier to arrange food shipments, then created a menu.

Feast is ordering food every two days from its supplier, and its employees are working 12 or more hours per day.

The restaurant has supported other events in the past, but this is the first time Bruneau-Guenther has donated her cooking to the Red Cross.

The Red Cross is funding this endeavour, but Bruneau-Guenther noted that people still have to be willing to put in long hours to make it work. She praised her team for willingly putting in that effort.

“If it wasn’t for my team willing to support Feast and support the decision, then we wouldn’t be able to do it.”