Families and survivors gathered in Winnipeg Tuesday to hear from one of the commissioners for the National Inquiry into Missing and Murdered Indigenous Women and Girls. (Lyzaville Sale/CBC)

For Isabel Daniels, a final meeting with one of MMIWG inquiry’s commissioners marks the end of a journey through grief⁠ — and hope of new healing.

“I’m happy that it’s done. I really am. I’m happy that we get to move on with our lives,” Daniels said Tuesday, standing outside Winnipeg’s Ma Mawi Wi Chi Itata Centre.

Over the last 2½ years, she and dozens of families and survivors met there and gave testimony at the National Inquiry into Missing and Murdered Indigenous Women and Girls.

Victims and families gathered in Thompson, Man., on Monday and in Winnipeg on Tuesday to meet with Michèle Audette, one of the inquiry’s commissioners.

It’s the first time many family members have been able to come together to react to the findings in the inquiry’s final report, released at a ceremony in Gatineau, Que., on June 3.

This week, commissioners are travelling to share the inquiry’s findings in Toronto, Saskatoon and Whitehorse. 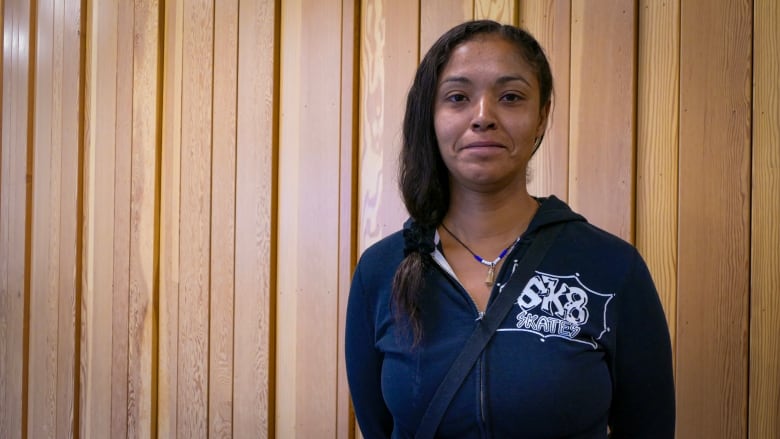 Isabel Daniels’s cousin Nicole died a decade ago. Police ruled the death accidental, which the family has never accepted. Daniels says the inquiry was necessary, but she’s also glad it’s over. (Lyzaville Sale/CBC)

Daniels has been an outspoken voice throughout the inquiry. Her cousin Nicole died 10 years ago, after being found frozen in a snowbank in downtown Winnipeg. Police called her death accidental — a decision the family never accepted.

“Even though the report needed to be done, even though we needed those recommendations, we were also kept in our grief,” she said.

“It was a two-year process of being stuck in grief and bereavement. So I’m happy … that this is a next phase, that we’re working on tangible and long-term solutions for people.”

“It was very important to be here,” Audette said in Winnipeg. “Families from here were very vocal, very strong, and it’s important that I come back and make closure with them.”

The inquiry makes it impossible to deny what many have said for years is happening to Indigenous women and girls in the country, she said.

Among the inquiry’s findings is the fact that Indigenous women are 12 times more likely to be murdered or go missing than any other demographic group in the country.

“Now, women, we have tools — tools that come from a place where nobody wanted to go,” she said Tuesday, speaking to a group of families and survivors. 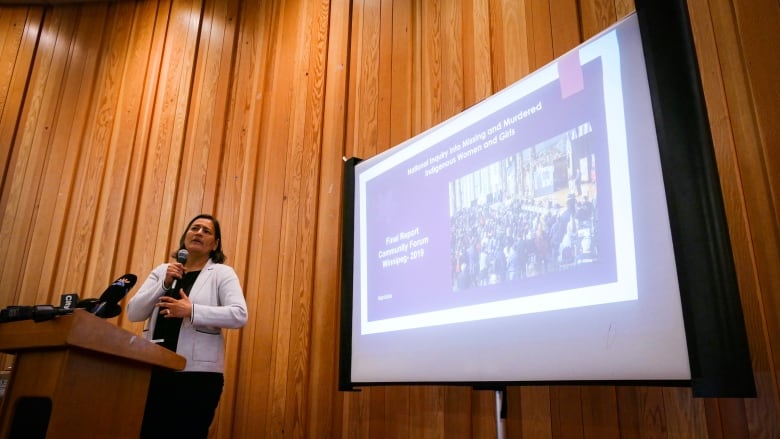 “With this, they cannot say to us again, ‘we’ll see,'” she said. “I think the priorities are here.”

The family of Jennifer Catcheway said they hope that the country will now take action.

Bernice Catcheway and her husband, Wilfred, have been searching for their daughter for more than a decade. Even yesterday, they said they were out looking for Jennifer, who disappeared from her Portage la Prairie home on June 19, 2008.

“The whole world is watching,” Bernice said. “Maybe the government will see, and now take it seriously.”

They said they will continue to search for their daughter.

“This is the hardest part of my life, trying to find my girl,” Wilfred said. “My Jennifer is still missing, and I’m still hurt.” 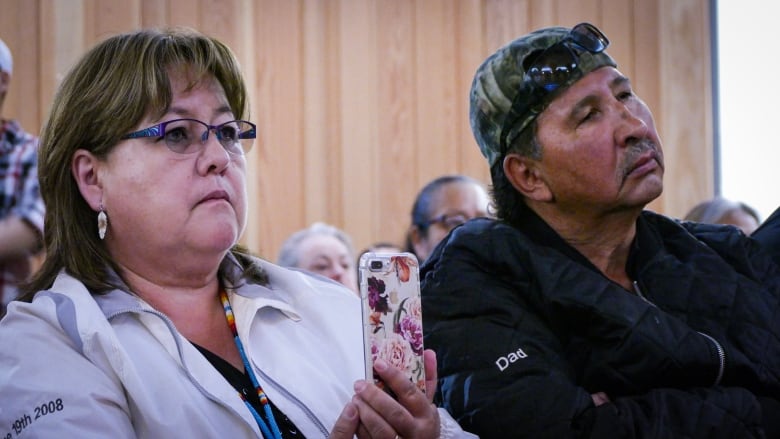 Bernice Catcheway and her husband, Wilfred Catcheway, have been searching for their daughter Jennifer for more than a decade. (Lyzaville Sale/CBC)