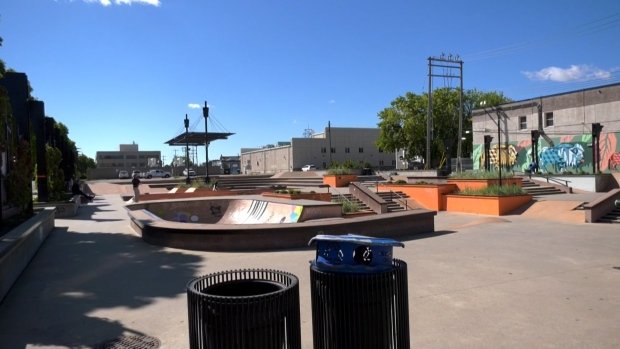 WINNIPEG — Brandon Police Service has arrested a sixth suspect in an incident back in September where a group of people yelled racial slurs and stabbed a Black man.

Police said a 36-year-old man who was wanted in connection with the stabbing was located on December 26 around 11:30 p.m.

He was lodged at Brandon Police Service and will appear in court today on charges of Assault and Public Incitement of Hatred.

The original incident took place on September 3 at the Kristopher Campbell Memorial Skatepark in downtown Brandon.

Police said a group of five people, one man and four women, yelled racial slurs at the victim.

A fight subsequently broke out and police allege the group kicked and punched the man, who tried to defend himself by holding down one of the suspects. Police say the man was then stabbed five times in the side of his abdomen.

Police note the suspect with the knife slashed the tires on the victim’s car before the stabbing.

A citizen brought the man to the hospital, where emergency surgery was performed. The victim is expected to make a full recovery.

-With files from CTV’s Kayla Rosen