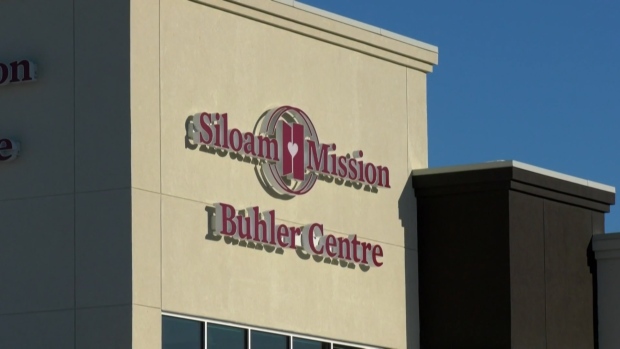 WINNIPEG — The position of CEO at Siloam Mission is currently vacant after the organization announced that Jim Bell is no longer in the position.

Garth Manness, who is the newly elected Board Chair, made the announcement on Thursday, saying the organization is grateful for his contributions, “Including his efforts in helping successfully conclude our ‘Make Room’ capital campaign that led to the opening of the Buhler Centre,” said Manness in a release.

Siloam Mission said the Board of Directions will provide oversight on operations until an interim CEO is appointed.

Bell has received criticism recently from a group called ‘Not My Siloam.’ The group is made up of former Siloam Mission Staff members and concerned citizens and says Bell had been a barrier to the inclusion of Indigenous traditions and cultural practices in the organization.

“In light of recent criticism, we asked ourselves as a Board, how can we actively do better in serving our patrons, half of whom are Indigenous,” said Manness.

The strategy will be led by Crystal Laborero of Laborero Consulting.

She will be working with Indigenous and non-Indigenous communities to focus on developing a statement of reconciliation, establishing a Knowledge Keeper’s Circle, looking at board governance and diversification and starting training and development for Indigenous people.

She will also work on an accountability process, actionable steps related to the cultural competency study and handling a reconciliation process with those who have expressed concerns with the organization.

“The success of Siloam, over the long-term, will be based on our ability to love, honour and listen to patrons, staff, key stakeholders, and the broad community in a spirit of Reconciliation,” said Manness.

Manness became the new Board Chair replacing Riley Coulter who is in Calgary.

“Our Board felt the time was right to transition the Chair to a Winnipegger with deep roots in the community,” said Coulter in a news release.

– With files from CTV’s Michael D’Alimonte.