The Winnipeg Blue Bombers long-awaited pandemic-delayed defence of the 2019 Grey Cup championship is tentatively scheduled to begin this August. The Canadian Football League announced its return-to-play plans on Wednesday and the initial opening of the 2021 season – which was to feature the Bombers and Hamilton Tiger-Cats in a Grey-Cup rematch on June 10th at IG Field – has been changed.

Plans now call for a 14-game schedule to be released in early May with a start date of August 5th.

“It’s the reality we find ourselves in based on where this pandemic is across the country,” said Bombers President and CEO Wade Miller. “We have a good date for a return that we can work towards and I think it’s really positive.

It’s now expected training camps would begin in July, with the two preseason games scheduled for each team likely now scrapped. The Grey Cup in Hamilton has been pushed back three weeks, to December 12th, making it the latest the championship would ever be awarded in its long history. 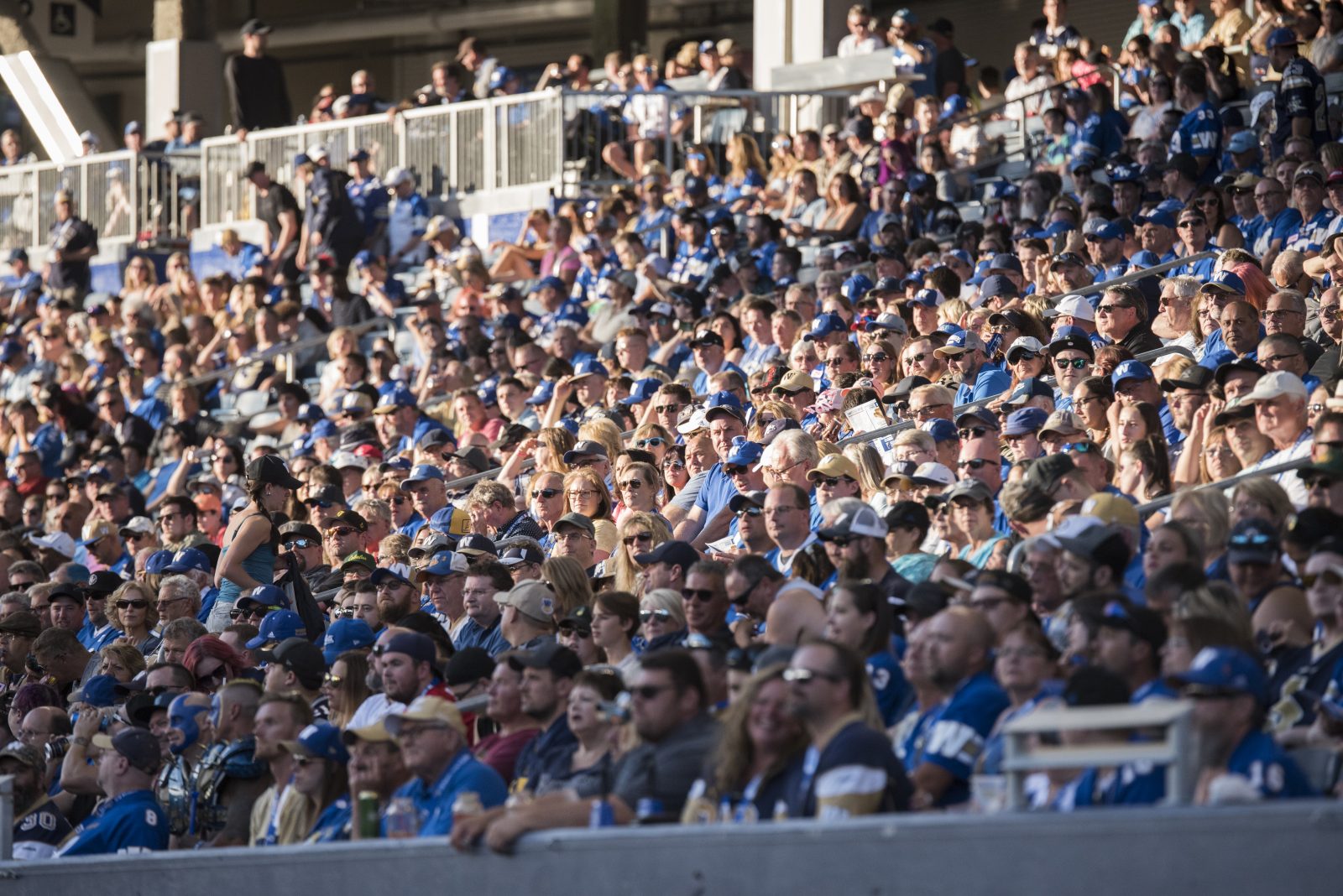 Critical in the CFL’s return is how the vaccine rollout progresses over the next few weeks, as the pandemic’s third wave is impacting regions across the country.
The CFL’s return-to-play blueprint has been approved by four of the six provincial health authorities the league plays in, with Ontario and Quebec being the exceptions. It’s also contingent on the permission from governments to host – according to the CFL press release – a ‘significant number of fans in stands in a significant number of venues at the start of the season.’

“That’s dependent on each stadium and each re-start plan will be different, each stadium capacity is different,” explained Miller. “There’s a lot of work still to be done and, yes, right now there are more questions than there will be answers because no one can provide an answer. Nor, are we asking for them right now.

“But four months from now it’s going to look a lot different. Look at the rest of the leagues around the world that have re-started their sports with fans, whether it is in outdoor or indoor stadiums – that happened after people get vaccinated. So, when you have your opportunity, go get vaccinated so we can get back to normalcy.”

The league has contingency plans should stadiums not all be opened by early August, leaving the possibility the start of the season could see teams based in the East play out West until they can get back into their buildings with some capacity later in the year.

Miller said the Bombers comprehensive return-to-play policy has been given the thumbs up by the provincial health authority. Strict protocols would be in place for fans entering IG Field and that season-ticket holders and corporate partners would get priority seating.

“We all need to wait and see where this virus goes. So, everyone do their part. I’m tired of us not playing football. The most-important thing is to get our players back on the field for as many games as we can in front of fans.” 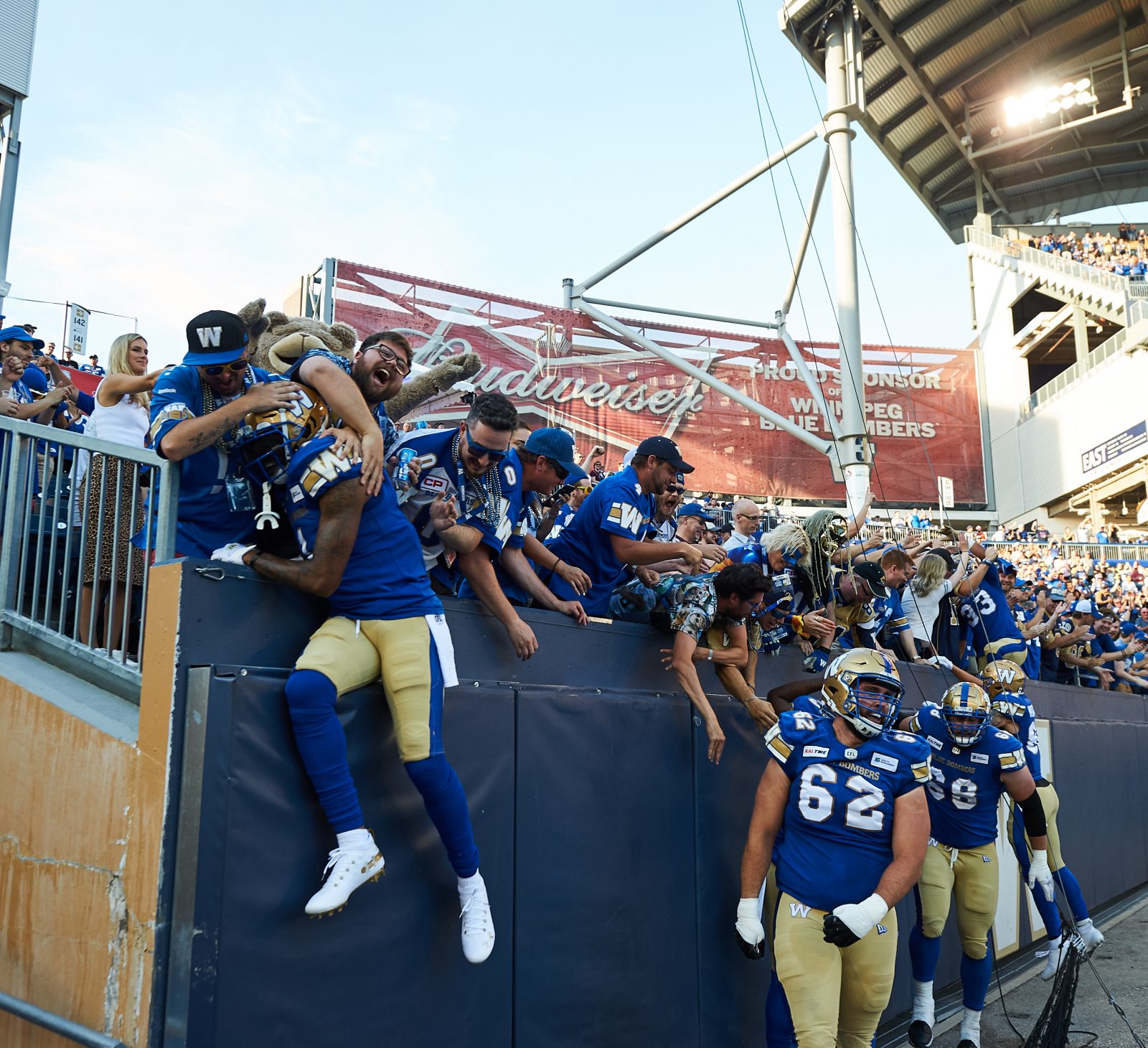 The announcement came following a meeting by the CFL’s board of governors on Tuesday. It also comes following the cancellation of the 2020 season last August, prompting a mix of cautious optimism and skepticism among fans and players.

“It’s at least some kind of plan and there’s some wiggle room with it,” said Bombers quarterback Zach Collaros. “We’re all looking at the numbers daily with this pandemic, so I empathize with them trying to plan something in the middle of all this.

“I understand that things can change, but it’s important for players to have some kind of clarity. It’s better than just wondering, which we’ve been doing for a year and a half. We all want to play. I guess you can call me cautiously optimistic.”

Miller said the team’s message to players is to get prepared for training camp, but also be ready to adapt and change on the fly.

Yet, after waiting and waiting for some kind of news, Bombers offensive lineman Pat Neufeld is taking the league’s outline as a positive and important first step.

“I’m excited because it’s at least information, it’s something tangible,” said Neufeld. “No, we don’t have the exact time we would be reporting to camp, but we have that first game-day date and that gives us a timeline.

“I can appreciate the skepticism and frustration from some people based on what happened last year and in leading up to this announcement. It’s been tough and it’s an impossible situation to be in where you’re at the mercy of a worldwide pandemic. But sometimes you have to be in the moment and see it for what it is: to me, it’s good news. It’s optimism. It’s hope. It’s a plan.

“Let’s pump it up, let’s get it going and let’s get people back on board for this great game. We all want football back. We all want this league to come back and survive and this is that first step towards that.”