Ryan O’Reilly scored for the fourth straight game and rookie Jordan Binnington stopped 32 shots in Game 7 of the Stanley Cup Final on Wednesday night to lead the St. Louis Blues to a 4-1 victory over the Boston Bruins and their first NHL championship.

Alex Pietrangelo added a goal and an assist and Brayden Schenn and Zach Sanford also scored for St. Louis. The Blues woke up on New Year’s morning with the worst record in the league but won 30 of their final 49 regular-season games and soared through the playoffs to reach the final for the first time since 1970.

Coach Craig Berube, who took over when Mike Yeo was fired in November, is the fourth coach in the past 11 years hired in midseason to lead his team to the NHL title. 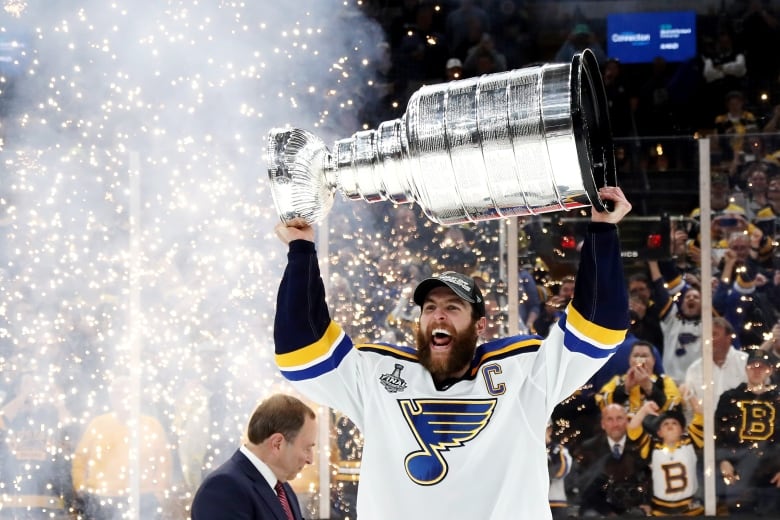 Boston outshot St. Louis 33-20, but the Blues went ahead at the end of the first period on goals from Reilly and Pietrangelo about three minutes apart. The second period was scoreless, then Schenn put it out of reach with 8:35 to play and Sanford made it 4-0 before the Bruins spoiled Binnington’s bid for a shutout.

Returning to the site of their last appearance in the final, which ended when Bobby Orr sailed through the air after scoring the Cup winner, the Blues won for the third time in Boston this series and an NHL record-tying 10th time in the post-season.

O’Reilly won the Conn Smythe Trophy as the MVP of the post-season. He is the first player since Wayne Gretzky to score in four consecutive Stanley Cup Final games.

Not so surprising with Gretzky, who is the NHL’s leading regular-season and playoff scorer, but O’Reilly had just three goals in his first 22 post-season games.

Boston will have to console itself with the two major sports championships it has already won in the past year, or the dozen trophies that have been chauffeured through Boston in a parade of the city’s iconic, amphibious Duck Boats. Three of them have come at St. Louis’ expense. 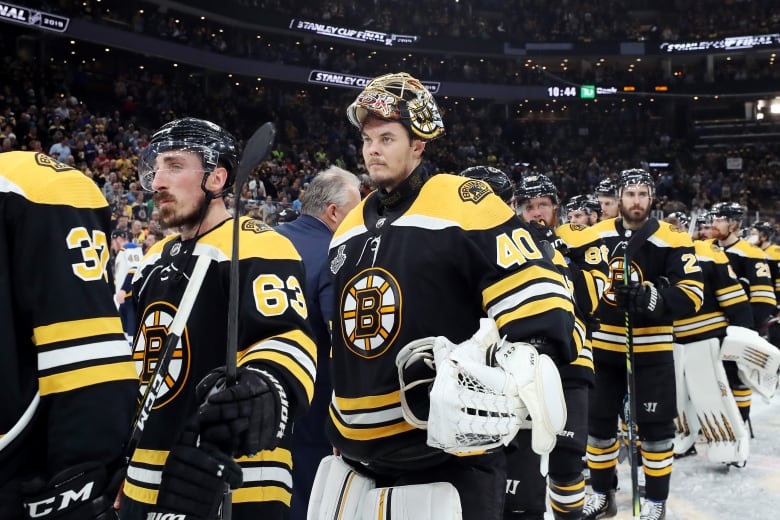 The Bruins tried to harness all the local karma they could.

Olympic gold medallist Aly Raisman and Julian Edelman waved a banner before the game while wearing David Ortiz jerseys; the Red Sox slugger is recuperating just a mile or so away from an assassination attempt in his native Dominican Republic.

Retired Red Sox pitcher Curt Schilling also was in the crowd, wearing his World Series ring and a Bruins jersey. Portable party Rob Gronkowski also made an appearance on the video board. 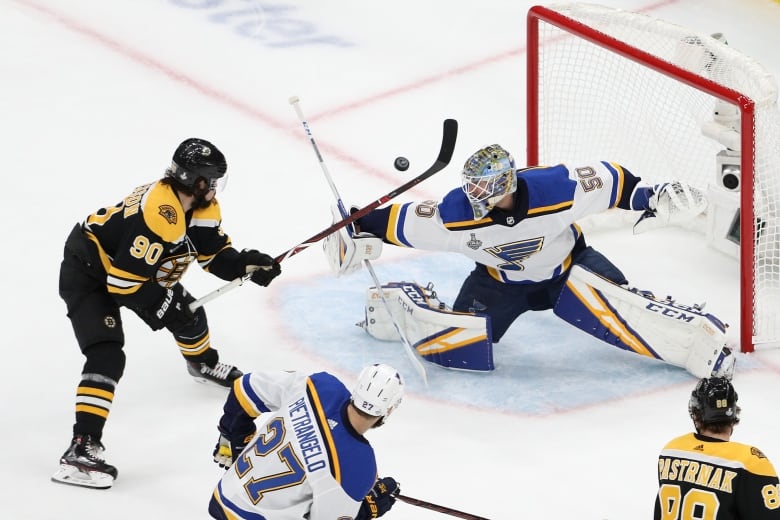 And the Bruins responded, dominating for long stretches of time except in the way that mattered most.

The Blues had just one shot on goal heading into the final minutes of the first period, but they scored first when O’Reilly deflected a shot from Jay Bouwmeester into the net. Then with just 8 seconds left in the period and Bruins forward Brad Marchand tentative on a line change, Pietrangelo beat Rask to make it 2-0.

Bouwmeester played in 1,184 regular-season games — the third most among active players who had not gotten their names etched on the Stanley Cup.