You Are Here Home news City inspections keep pace, despite suspensions and resignations

As its internal investigation continues, the city is operating with six fewer inspectors out of a total complement of 57, a staffing reduction of more than 10 per cent. (Trevor Brine/CBC)

According to representatives of the construction industry, response time for permits and inspections hasn’t increased, despite six fewer inspectors on the job for the city of Winnipeg.

On Tuesday the city’s director of human resources told councillors on the mayor’s executive policy committee that three inspectors had been suspended without pay and another three left of their own volition.

The city is still investigating allegations its workers conducted personal business during work hours and more staff could be disciplined, which could range from prescribed training to termination.

The department had a complement of 57 inspectors before the six identified by the city’s HR director left or were suspended.

The Winnipeg Construction Association says so far, having fewer inspectors on the job hasn’t affected the time to get an inspection.

“We haven’t heard from anyone that the permit process has been any slower than usual in the past few months. We’ll definitely be listening to our membership to see if this becomes the case considering the permit department appears to be working shorthanded at the moment,” wrote Dustin Pernitsky, the communications manager for the WCA.

A city spokesperson said Tuesday in an email “the loss of some staff members will have an impact on our service, however recruitment is currently underway to fill the positions and we have also adjusted workloads to accommodate the current inspection load.”

The city declined a request for an interview with the director of planning, property and development.

Brian Mayes, the head of the planning, property and development committee, says it appears the administration’s efforts to investigate the allegations look genuine, but councillors who want more information can raise them at the committee meeting next Monday.

“I think if the councillors on that committee have more questions, it will be in order,” Mayes said.

John Prystanski, the lawyer representing the secret group who paid for the private investigation, isn’t surprised the loss of six staff hasn’t impacted the speed of the permit process.

“According to our information the city inspectors were working three hours a day. Now according to what the city’s [executive policy committee] report says, it appears that they are getting closer to, if not putting in, a full work day,” Prystanski told CBC News.

Prystanski says regardless of who left or was suspended, his clients believe there is a larger, more systemic problem at the city; with managers and the director of the department.

“They had to have known what was going on. Either that, if they knew then there was negligence and a lack of them performing their duties, or there is wilful blindness,” Prystanski said.

Waverley West Coun. Janice Lukes isn’t so sure the department is keeping up with the demand for inspections and permits, given the loss of staff and changes to workflow. 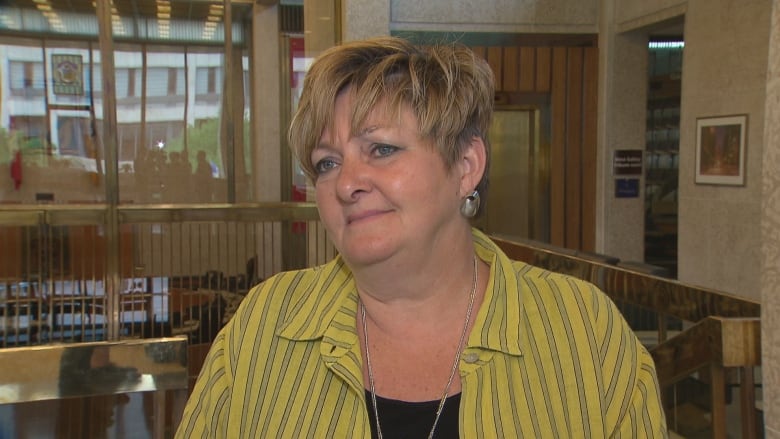 ‘Blow it up,’ says Coun. Janice Lukes of the city’s inspection department. (CBC)

Her prescription is to tear apart the department and start over.

“Personally … I think that whole department should be blown up. I think there’s a dramatic need for a culture change and people ought to reapply for positions,” Lukes said.

A final report on the city’s internal investigation is expected to be delivered to council on July 19 — the day after council recesses for summer.