You Are Here Home news ‘Coach’s Corner is no more’: Ron MacLean discusses Don Cherry on Hockey Night in Canada 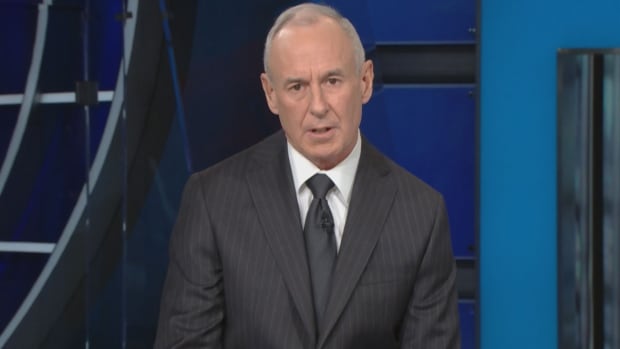 MacLean addressed Cherry’s Nov. 9 remarks and the ensuing controversy in a rambling speech, touching on his relationship with Cherry and his decision to go with conviction over friendship.

Ron Maclean spoke during the 1st intermission of the Leafs/ Penguins game to address the Don Cherry situation and what he called the “end of an era”. 4:44

“I’ve sat all week long reflecting listening to you [the viewer] and I have heard you. I’ve reflected by listening to my own heart…and I’ve struggled mightily to find the words.”

Cherry’s nearly four-decade run on Hockey Night ended Monday after he made on-air comments last Saturday which many felt were critical of immigrants for not wearing Remembrance Day poppies.

Cherry made comments on Hockey Night in Canada regarding new Toronto citizens not wearing poppies. 1:04

On Tuesday, Cherry told CBC News that he sees how he could have made his point differently.

“I think it was a mistake,” he said of his remarks. “But I think the big thing was that I should have said ‘everybody’ — that was the big, big thing.”

WATCH: Don Cherry says he regrets his choice of words:

Don Cherry speaks to CBC News after being fired for comments he made 3:05

Cherry added that his many good deeds — he mentioned helping Montreal Canadiens forward Max Domi with the launch of his book on growing up with diabetes — were being overshadowed by his word choice.

“Not a word was said about that, but you used two words and that’s where it goes,” said Cherry.

Sportsnet is part of Rogers Media, a subsidiary of Rogers Communications, which is in the sixth year of a 12-year, $5.2-billion deal with the NHL. The agreement included a sub-licensing deal to allow the CBC to air Hockey Night in Canada.