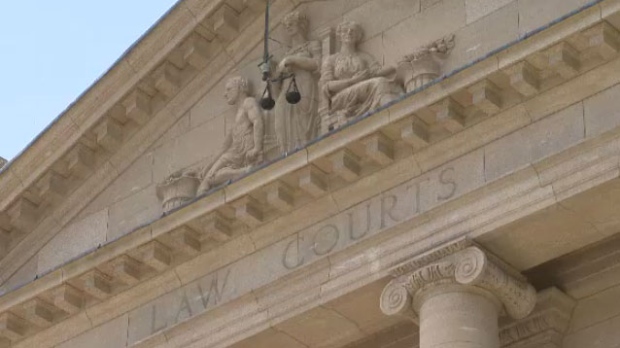 WINNIPEG — Court documents have identified some of the people arrested for allegedly violating public health orders in Winnipeg.

Manitoba Justice previously confirmed four people—all of whom have ties to an anti-mask rally—had been arrested.

Court documents obtained by CTV News identify three of the people arrested as Patrick Allard, Gerald Bohemier and Todd McDougall, all of whom were charged under the public health act.

The court documents show the charges are in connection to an offence that occurred on May 15, but provide no further details.

The three men have been released, and under their release order conditions are not allowed to contact each other, or be in contact with anti-masker Chris Saccoccia who goes by the name Chris Sky, and Church of God Restoration pastor Tobias Tissen.

The release orders also say Allard, Bohemier and McDougall must not organize or promote—by social media or any other communications—gatherings prohibited by any order made under the public health act.

The charges against them have not been proven in court.

Winnipeg police confirmed late last week that an arrest warrant has been issued for Saccoccia.

-with files from CTV’s Mason DePatie