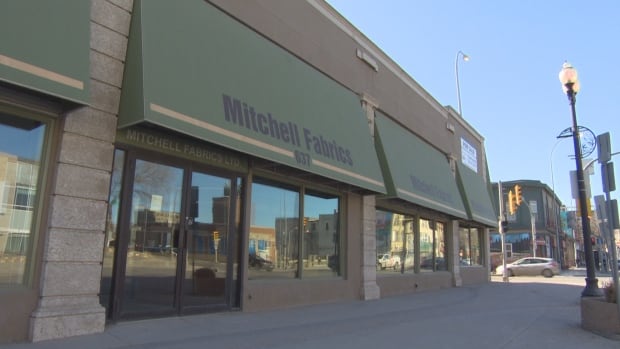 Main Street Project is moving fast to create space for the homeless community in light of COVID-19.

Last week, the federal government approved emergency advancement of $2 million earmarked for a 120-bed renovation of the shelter’s location at the intersection of Main Street and Logan Avenue.

Main Street Project executive director Rick Lees said the renovation is being fast-tracked by Bockstael Construction with a completion target of three to four weeks — a year sooner than originally planned.

“It’s purely being done for COVID response. We would not normally do this in this stage of that project, but it’s sitting vacant and it’s empty, it’s almost like you’re leap-frogging the project,” he said.

The renovation, which falls under the National Housing Co-investment Fund, will take up approximately half of the 37,000-square-foot building. It will be for the community served between Siloam Mission, Salvation Army and Main Street Project … and Lees says more staff is needed.

“We’ve cancelled most vacations, we’ve called in most of our reserves and we’re hiring,” he said, adding the province has also indicated a willingness to advance operating funds once it’s open.

As the COVID-19 pandemic spreads in Winnipeg, the most vulnerable people, who are unable to socially distance or self isolate, will need extra space to separate the healthy from the ill and those who are self-isolating.

Last week, 25 women’s beds were moved from 75 Martha Street into unused warming shelter space at the Main Street location, allowing for the remaining 55 men’s beds to have adequate space between them.

“It’s pretty hard to sometimes manage people who are dealing with active substance use to separate. But we’re doing the best we can and from a sleeping standpoint, the sleeping beds and mats are spaced approximately six feet on centre apart,” said Lees.

He said Manitoba Housing is working on getting a vacant six-floor building ready at 777 Sargent Ave. for potential use as an acute isolation facility.

The space has 40 studio suites, making it ideal if people need to be separated.

“We believe that the bigger issue in the coming weeks will not so much be open shelter, but it’s going to be isolation units for people who may be tested, waiting for results, but are homeless and need to quarantine, or someone who needs a two-week quarantine, which we don’t want to do in an open shelter,” said Lees.

The facility would provide food, clothing and bedding to people from all three shelters, he added. Main Street Project is already experienced in detox and housing services, he said.

“We may need to actually provide our withdrawal management services that we operate here for them as well. Obviously if someone is still using, they’re not going to isolate unless they’re assured they’ll be safe in their consumption.”

The province has not yet committed to operational funding, he added.

“We are reaching out to look at what the options are for four different populations and the homeless and the vulnerable for sure would be one of them,” said chief nursing officer Lanette Siragusa on Thursday, adding more information would be released soon.

“So those conversations are just happening now and we will be giving you an update in the near future.”

Lees said the city will expedite a permit process for both the Main Street and Sargent Avenue.