Investigators look over the crumpled SUV that was involved in a crash at Logan Avenue and McPhillips Street. (Meaghan Ketcheson/CBC)

A serious early morning crash involving a semi-trailer and SUV has blocked part of a major Winnipeg road.

All lanes of Logan Avenue have been closed just west of McPhillips Street since 3:30 a.m.

The silver SUV is crumpled and shattered behind the semi, which is parked in the eastbound lanes of Logan at the intersection lights.

Police are expected to be on scene for the entire morning, possibly longer, police said.

They haven’t released much information about the crash or any injuries.

The intersection is open, as is Logan Avenue just east of it. 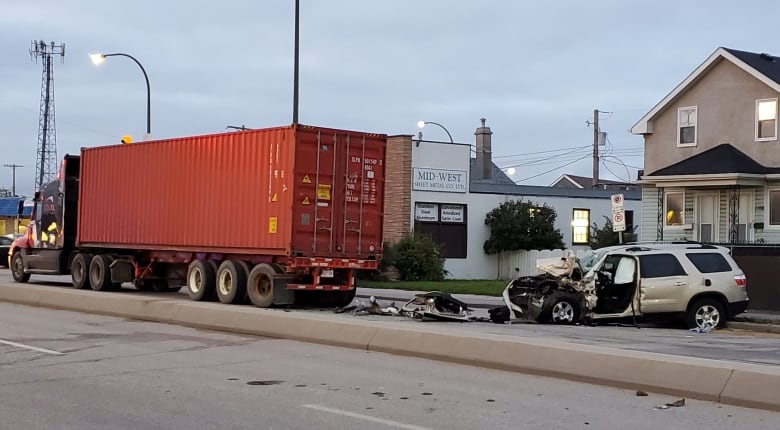 A heavily-damaged SUV sits behind a semi-trailer on Logan Avenue on Wednesday morning. (Meaghan Ketcheson/CBC)