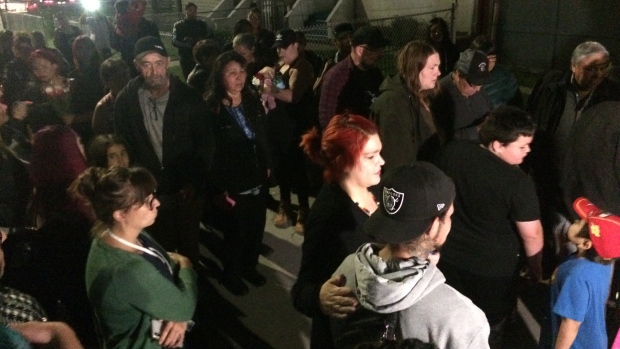 Mourners held a vigil Monday night outside of a home where police say a woman was found dead over the weekend.

The woman has been identified by police as 28-year old Norma Andrews.

Drumming and chanting filled the air as family, friends and community members gathered outside of the home in the 500-block of Balmoral Street to show their respects.

It was there police said they were called Saturday afternoon for reports of an injured woman.

They said Andrews was found dead inside.

The circumstances surrounding her death have not been released.

The homicide unit is investigating.