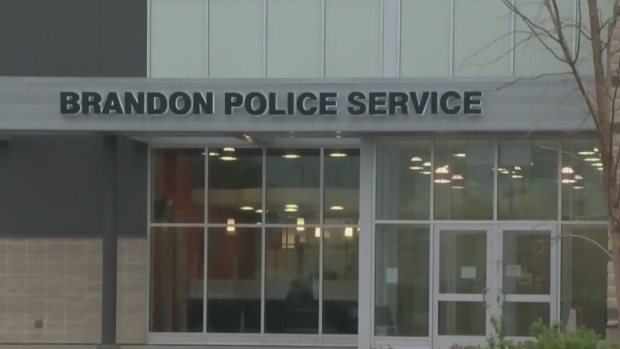 WINNIPEG — A Brandon police officer’s former girlfriend, who discovered nude images of multiple other women in his email account, testified in court she shared them without their consent.

Peters is being sued by one of the women, Brittany Roque, under Manitoba’s Intimate Image Protection Act for giving the images to Roque’s potential employer.

Peters’ lawyer is arguing her client did so because it was in the public interest. Roque alleges it was for revenge and retaliation.

Due to COVID-19, witnesses are testifying online.

Kevin Toyne, Roque’s lawyer, cross-examined Peters and asked her what Roque’s naked body says about her suitability to be a police officer.

“It’s not so much what her naked body had to do with becoming a police officer but more so that she was participating in the events and what she was doing with the photo,” Peters testified.

Court has previously heard Roque photographed herself and texted the photos to Ryan Friesen, a Brandon police officer who she had a 3-month affair with during the summer of 2015. Roque testified they were meant only for Friesen to see.

Peters, Friesen’s now former girlfriend, testified she found those photos in his Hotmail account in February 2017 and gave them to the Brandon Police Service, where Roque was applying to become a constable.

“You’re of the view that a picture of Ms. Roque where she is nude is something that would be relevant to the Brandon Police Service?” Toyne asked Peters.

Peters testified: “Relevant to the process of becoming a police officer or relevant to that position in general, yes.”

Peters told the court she wasn’t required to give the photos to police but suspected the information would be of interest, given her former job as finance officer with the Brandon police. She testified because the images were being given to a police service they would be used for police purposes, stressing during her testimony it was up to the police to decide if the photos were relevant.

Brandon Police Service Staff Sgt. Marc Alain, who was part of the hiring process, testified Roque was removed from the competition to become a police officer after the BPS received the photos.

He told court it’s because during the competition process Roque didn’t initially tell police about the affair or the existence of the photos, issues which Alain told the court the police service worries could lead to an officer being blackmailed.

Alain testified the appearance of deceitfulness was the main reason Roque was removed from the competition, not specifically the images or the affair.

Court has heard Friesen’s Hotmail account contained around 100 photos, including some intimate images, of at least a dozen other women.

“You sent those women’s images to others before you knew how Mr. Friesen had obtained them, correct?” Toyne asked Peters.

Court heard Peters sent text messages to Roque which included a text that read, ‘’you put them out there smart girl…now they’re available for the world to see.”

Peters testified some of the messages she sent were aimed at finding out the facts because she told court while she suspected Friesen of cheating, she was not fully aware at the time of what had gone on.

“These messages are part of an effort on your part to find the truth as opposed to an effort to hurt Ms. Roque, right?” Toyne asked.

“Yes,” Peters testified. “I’m sure, given the state I was in, I probably wanted her to feel a little uncomfortable.”