WINNIPEG — A church near Steinbach, Man., fined for holding a Sunday service despite restrictions, is opening its doors again – an act of defiance that is coming at a cost to another church in the community.

The Church of God Restoration, located 15 minutes south of Steinbach, has been making headlines for its recent disregard of public health orders.

The church was issued a $5,000 fine for holding an in-person service last weekend. The church’s minister, Tobias Tissen, was also handed two tickets totaling more than $2,500 after attending the service and speaking at an anti-mask rally in the COVID-stricken city earlier in November.

The church is now planning to hold another in-person Sunday service.

Pastor Henry Hildebrandt, the spokesperson for the church, posted on Facebook on Thursday encouraging people to attend the upcoming Sunday service.

“Come and join them indoors, park in the parking lot, or on the shoulder of the road, whatever you can do,” Hildebrandt wrote. “Let’s show them that the silenced majority is rising up!”

In a written statement to CTV News, Hildebrandt said the decision to hold the service was made through “prayer and the resolve not to allow tyrannical orders to invade the sovereignty of the Church.”

CHURCH WITH SIMILAR NAME BEARING THE BRUNT OF MANITOBANS’ ANGER

Ron Taron is the pastor of the Steinbach Church of God – a church with a similar name to the Church of God Restoration, but a very different take on the public health orders.

Taron said his church, which has nothing to do with any anti-mask protests, has been inundated with angry calls and emails from people confusing it with the Church of God Restoration. 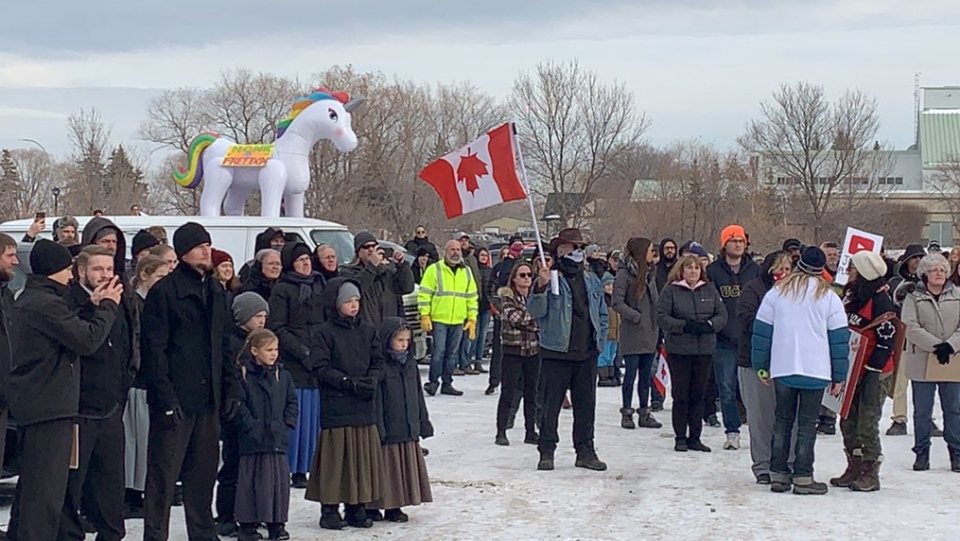 He told CTV News he fears his church will be targeted by vandalism as a result of the confusion, despite the fact they are following health orders.

“We see the word of God telling us to obey the authorities and to pray for them, and that’s what we’ve been doing,” he said. “Since the pandemic has started, from the first restrictions that have been put on, we have been obeying them.”

When asked about the negative response Taron’s church is facing, Hildebrandt replied “that’s beyond our control.”

Taron said he doesn’t want to cause any controversy, but hopes to set the record straight as his church is the one bearing the brunt of Manitobans’ anger.

“We understand that people are struggling through this whole issue,” Taron said.

“We also understand that those in authority, our government and also the health authorities, the frontline workers and so forth, they are faced with very difficult tasks – they need our prayers and our support, and not us to make their lives more difficult.”

TOP DOCTOR WARNS OF THE LIKELIHOOD FOR INFECTION

Manitoba’s top doctor urged people not to gather, but for those planning to attend the Sunday service, he had a warning.

“To gather with a lot of people, there is a very high probability that someone – at least one person in there – is infectious, and when you are gathering indoors for a long period of time, then it is very likely that infection will spread,” Dr. Brent Roussin, the chief provincial public health officer, said on Thursday. 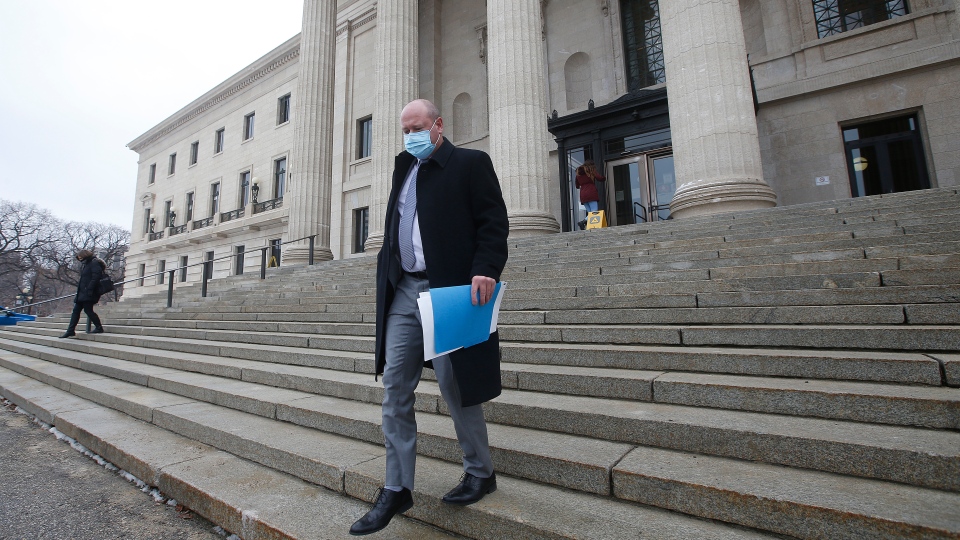 He said the orders are in place to protect Manitobans and health-care workers.

“Working around those orders does the opposite – you put our health-care workers at risk, and you put Manitobans at risk.”

He said in general, public health has options when it comes to enforcing orders. They can enforce a ‘health hazard order’ which would require an establishment to close if it is putting the health of the public at risk, or they can issue continued fines.

He said there is also the option of prosecution under the current public health act, for establishments that continue to disregard orders.