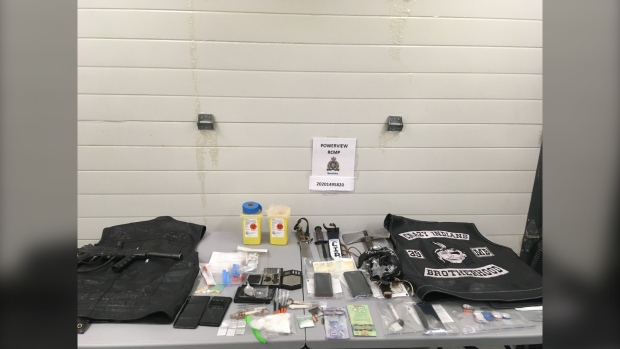 WINNIPEG — Eight people are facing a variety of charges, including drug and weapons-related offences, after RCMP executed four search warrants on Thursday.

On Dec. 10, around 1 p.m. Powerview RCMP performed four search warrants at four different homes on Dupont Street and Louise Street, all in the town of Powerview.

Police were able to seize around 100 grams of crystal meth, other unknown substances, Canadian currency, weapons, and gang paraphernalia.

Officers were also able to recover a stolen snowmobile.

During the search warrants, 12 people were arrested and now eight people are facing charges.

Marvel Gammon, 51, from Powerview, has been charged with possession for the purpose of trafficking.

Stacey Bruyere, 32, from Sagkeeng First Nation, and Leanne Houston, 36, from the RM of Alexander, have both been charged with possession for the purpose of trafficking and failing to comply.

All five have been remanded into custody.

Two other women and one man are facing charges for possessing methamphetamine. All three have been released and have an upcoming court date.