In just a few short months, Lauren Gilbert says her monthly variable-rate mortgage payments have increased by nearly $1,000 following a series of interest rate hikes imposed by the Bank of Canada.

Gilbert and her partner, Curtis, bought their first home together in Pitt Meadows, B.C., last year. By March 2022, their monthly payments amounted to about $2,400. But after several bumps to the central bank’s key interest rate, including a one per cent increase in July, Gilbert saw their monthly bill shoot up to about $3,300 by the end of September.

“It was just really a lot of panic,” Gilbert told CTVNews.ca on Nov. 3. “It’s so over our budget. Something that’s really important to us is [having] a family but when you think about the loss of $1,000 over however many years this lasts, it’s pretty tough to swallow.”

Gilbert is one of dozens of Canadians who reached out to CTVNews.ca to share how rising interest rates have impacted their personal finances. The emailed responses have not all been independently verified.

There are also different types of variable-rate mortgages. With an adjustable-rate mortgage, interest rate hikes by the Bank of Canada will cause the entire mortgage payment to increase. The principal, which goes towards repaying the loan, remains the same, while the amount paid in interest increases.

With a standard variable-rate mortgage, however, borrowers make fixed payments that are consistent month-to-month, but the amount of money going towards principal versus interest will fluctuate.

When the Bank of Canada raises its key interest rate, it’s possible for those with standard variable-rate mortgages to reach what is called a trigger rate. This is the point at which the interest rate on a person’s mortgage has increased so much that their regular payments are not enough to cover all the interest they owe.

This is what happened to Gilbert, who has a standard variable-rate mortgage. The Bank of Canada’s interest rate hike in September led her to pass her trigger rate of 4.77 per cent, resulting in an increase in her monthly payments as the couple settled on a higher trigger rate going forward. 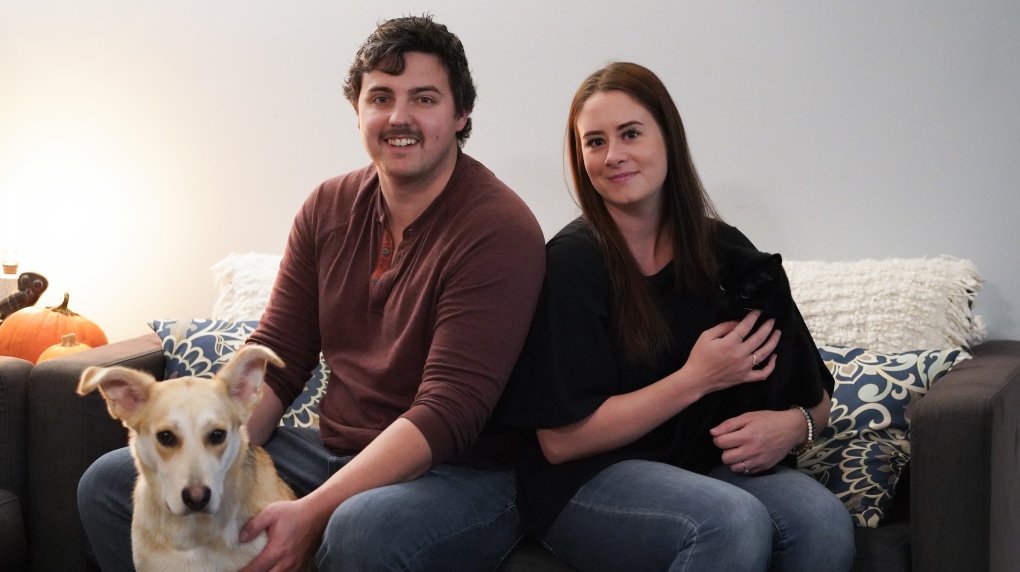 Lauren Gilbert and her partner, Curtis, appear in their home in Pitt Meadows, B.C.

For her three-bedroom townhouse, Gilbert now pays a variable rate of 5.29 per cent. After the central bank’s most recent hike in October, just under $800 now goes towards her principal each month and nearly $2,500 is paid in interest, she said.

“We’re a little over a year into having a house, so it’s pretty terrifying,” the 28-year-old said. “We knew it’d be really stressful as a homeowner, but nowhere near this extent.”

The Bank of Canada’s benchmark interest rate currently sits at 3.75 per cent. With the latest hike, which took place on Oct. 26, the central bank has raised its policy rate six times since March of this year. The increases are aimed at lowering Canada’s high inflation rate, which was 6.9 per cent in September. The bank’s goal is to bring that number down to a target of two per cent.

‘EVERY OPTION IS ON THE TABLE’

For parents such as Puneet Mahajan, rising mortgage payments are having a significant impact on his family’s finances. Being able to afford their home and other daily expenses is a concern, he said, with his family having to dip into their savings to make ends meet.

“We used to save money in a TFSA, but that’s gone,” he told CTVNews.ca in a telephone interview on Nov. 1. “Pretty much all we think about and talk about [is] what expenses to cut.”

The 45-year-old lives in Whitby, Ont., with his wife and two children. Following the interest rate hike on Sept. 7, Mahajan said he received a call from his bank stating he would need to increase his monthly mortgage payment by $800 to maintain the same amount of principal he was paying in April. 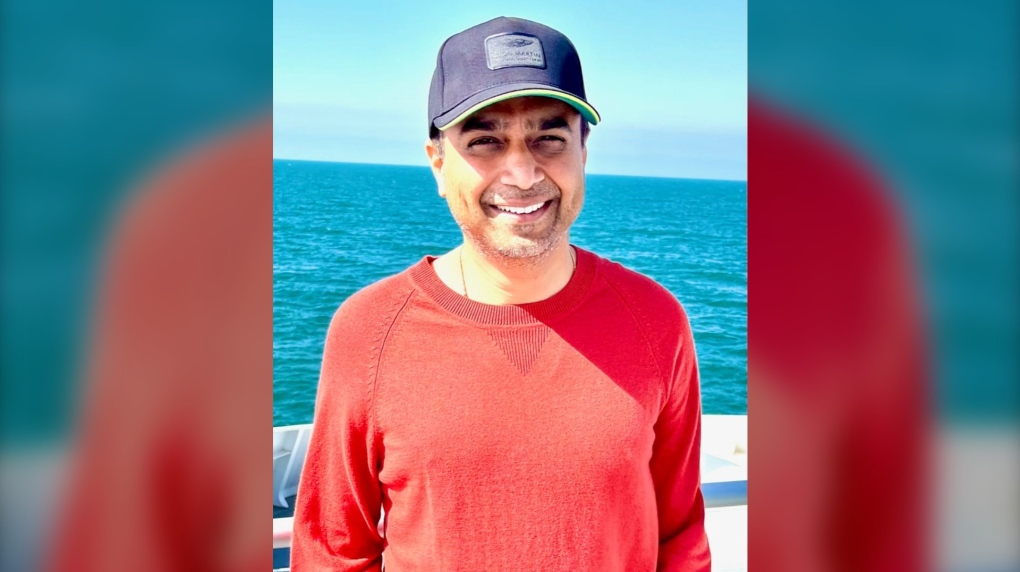 Puneet Mahajan, a father of two living in Whitby, Ont., appears in this photo.

Rising interest rates are expected to cause a slowdown in economic activity that could lead to a possible recession in the first quarter of 2023, say economists from the Royal Bank of Canada. According to Bank of Canada Governor Tiff Macklem, more interest rate hikes are likely on the way.

“This tightening phase will come to a close,” he said during a press conference on Oct. 26. “We’re getting closer to that point, but we’re not there yet. So we do expect interest rates will need to go up further and we will determine the pace based on developments going forward.”

With another increase anticipated for Dec. 7, Mahajan said he will need to find a way to fork over even more money. If interest rate hikes aren’t reduced or halted in the near future, he said his family may have to downsize in order to afford major expenses in the future, such as sending his daughter to post-secondary school abroad.

“That’s one of my biggest concerns – saving towards her university education,” he said. “If things don’t improve in the next couple of years, I think it will come to that. Every option is on the table.”

Barrington Williams, a father of three, said he picked up another job in June to be able to afford his family’s mortgage payments. After working as a project manager during the day, he goes straight to his part-time job as a warehouse driver in the evening.

“There’s no work-life balance here,” he told CTVNews.ca in a telephone interview on Nov. 4. “To be able to spend time with family, that time doesn’t exist.”

The 43-year-old has a variable-rate mortgage of about $600,000. Interest rate hikes implemented by the Bank of Canada between March and October have led his monthly mortgage payments to increase from about $2,400 to $3,600, he said. The interest rate on his mortgage now sits at just over five per cent.

“There wasn’t any anticipation that things were going to change so rapidly,” he said. “I’m worried about when this is going to end, and how soon [my family] can get back to a normal life.

“This is not normal.”

A ‘GLOOMY’ OUTLOOK FOR FIRST-TIME HOMEBUYERS 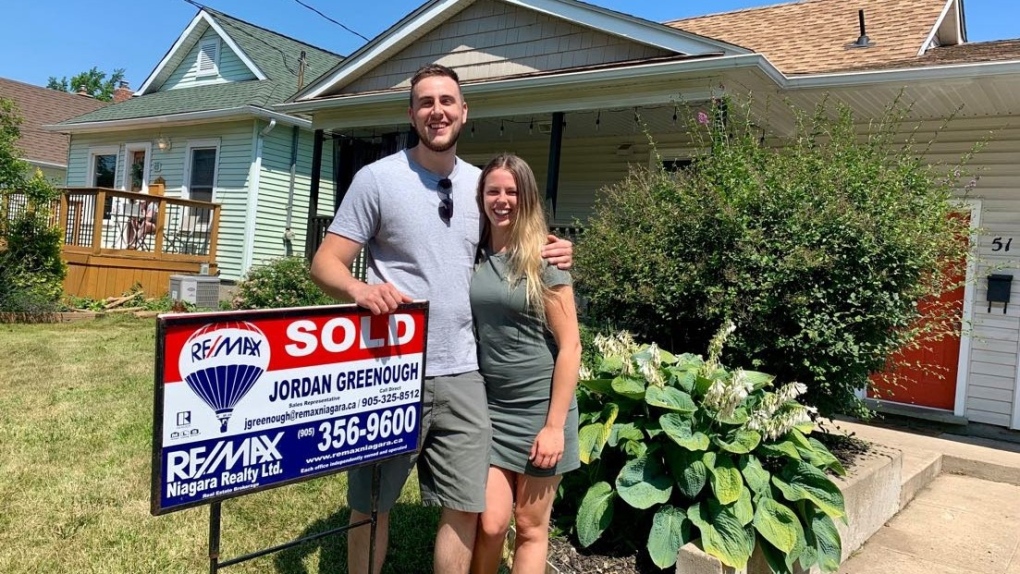 Brian Meulendyks appears with his fiancé, Drew, in front of their home in St. Catharines, Ont.

Brian Meulendyks purchased his first home in the summer of 2021. The 25-year-old said he and his fiancé had to pool together their life savings in order to put a down payment of 20 per cent on their house in St. Catharines, Ont. While his mortgage broker suggested they go with a variable-rate mortgage at the time, Meulendyks said he wishes he did things differently.

“Our mortgage broker advised us it was a great idea to stay variable just because you benefit from the lower rates,” he told CTVNews.ca in a telephone interview on Nov. 3. “If I knew what I know now, when I first went to go get my mortgage, I would have definitely locked in [a fixed rate].”

“If you look at it per month, that’s an extra $600, roughly,” he said. “That’s not a small number … I’m hoping interest rates come down within five years to make it worth staying variable.”

By purchasing his first home, Adam Pekeski said he was hoping for a sense of security. But with rising interest rates driving his monthly mortgage payments higher and higher, the only feeling he is left with is stress, he said.

“The very first thing that you hope for when you buy your first home is stability,” he told CTVNews.ca in a telephone interview on Nov. 3. “I almost feel like that’s being pried away because of the risk of interest rates climbing to a point where it’s unaffordable.”

Pekeski and his wife bought their first home in June of this year, a three-bedroom detached house in Calgary. Despite starting with an interest rate of 2.7 per cent, the couple is now paying 4.95 per cent in interest for a total of about $3,200 per month in mortgage payments. Within those few months, about $800 has been added to their monthly payment, Pekeski said. 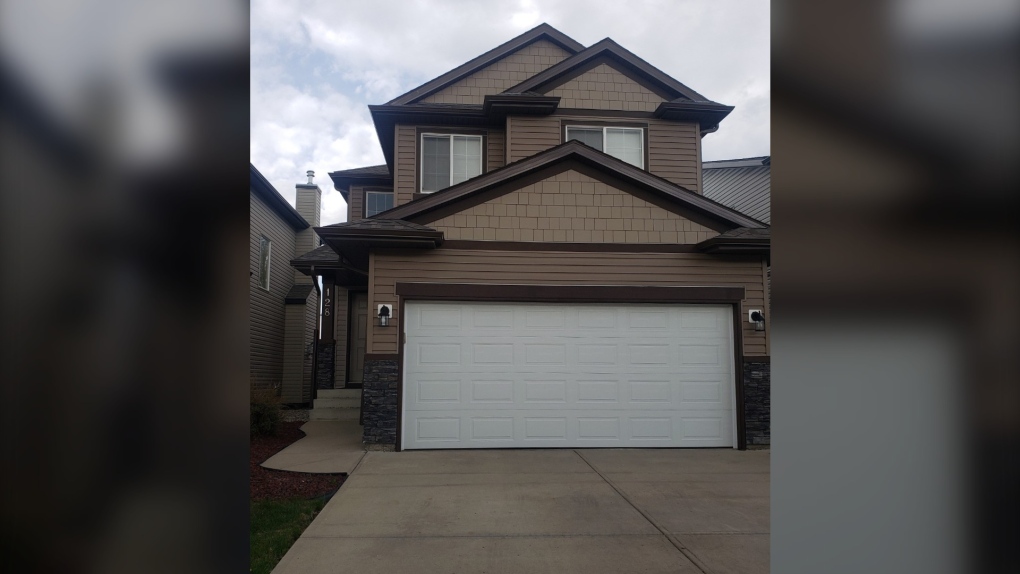 A photo of Adam Pekeski’s home in Calgary.

Together with high gas prices and the rising cost of groceries, an increase in mortgage payments is making it harder for the couple to afford their monthly expenses, Pekeski said. As a result, they have begun looking for ways to cut back on spending. This includes opting for a cheaper cable TV package and eating at restaurants less frequently.

“Cut back on expenses and prioritize – other than that, there’s not much you can do, unless you want to go get another job,” the 38-year-old said. “Things look gloomy as a first-time homeowner.”

(1000)
$18.99 (as of December 5, 2022 10:26 GMT -06:00 - More infoProduct prices and availability are accurate as of the date/time indicated and are subject to change. Any price and availability information displayed on [relevant Amazon Site(s), as applicable] at the time of purchase will apply to the purchase of this product.)

(47699)
$13.79 (as of December 5, 2022 10:26 GMT -06:00 - More infoProduct prices and availability are accurate as of the date/time indicated and are subject to change. Any price and availability information displayed on [relevant Amazon Site(s), as applicable] at the time of purchase will apply to the purchase of this product.)

(4709)
$29.97 (as of December 5, 2022 10:26 GMT -06:00 - More infoProduct prices and availability are accurate as of the date/time indicated and are subject to change. Any price and availability information displayed on [relevant Amazon Site(s), as applicable] at the time of purchase will apply to the purchase of this product.)