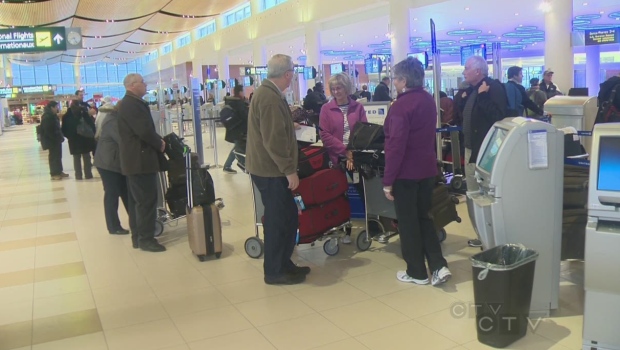 WINNIPEG — The federal government announced tough new measures to make sure Canadians returning home from travel abroad isolate themselves from others.

The rules, which came into effect early Wednesday morning, are aimed at preventing the spread of COVID-19.

“Travellers returning to Canada, with the exception of essential workers, will be subject to a mandatory 14-day isolation under the Quarantine Act,” said federal Health Minister Patty Hajdu.

Hajdu said all international travellers arriving back in Canada will be told not to make any stops on their way home and to stay off public transportation.

She said the government will make travel arrangements for those who can’t line up their own rides.

People arriving on flights at one of four international airports in the country will be required to self-isolate in the city they land in and the government will take care of accommodations and meals in those situations.

Hajdu also said officials will be following up with travellers and will conduct random inspections to make sure they’re following the rules.

It’s a move which is understandable given the circumstances, according to Neil McArthur, director of the Centre for Professional and Applied Ethics at the University of Manitoba.

“Mandatory measures at this point are absolutely required,” said McArthur. “Anytime you have a public health emergency I don’t think the government should be afraid to take mandatory measures and also, unfortunately, we’ve seen that people just aren’t adhering to the optional measures in many cases.”

Mandatory self-isolation doesn’t apply to truck drivers travelling into the U.S., a country with more than 50,000 cases of COVID-19.

He’s confident goods and supplies will continue flowing between the two countries.

“Our membership and certainly those on the frontline, our truck drivers, have been aware of the situation, have been educated around the precautions they need to take personally and corporately,” said Shaw.