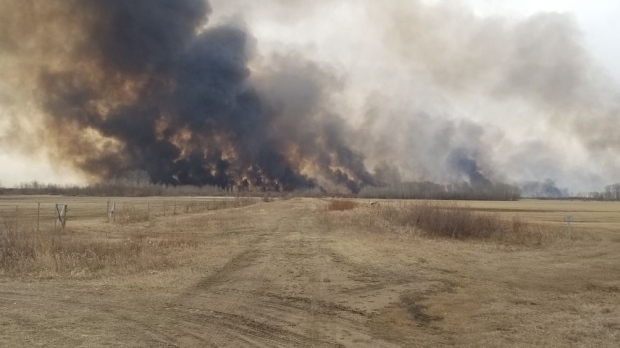 WINNIPEG —  Fire crews in southern Manitoba worked through the night to extinguish a wildfire.

Stuartburn Fire Chief Bob Fostey said the fire, which was first reported around 2:30 p.m. on Monday, was out by 2:30 a.m. on Tuesday.

He said firefighters plan to use a drone to check for any hot spots and will respond accordingly.

Fosty noted that no one needed to be evacuated, and no one was hurt.

The fire burned about seven kilometres southwest of Zhoda, Man., and was just over 120 hectares in size.

The fire chief said the fire burned down to the Rat River, noting the wind and terrain were two of the biggest challenges.

There is no word yet on what caused the fire.