The Red River Floodway is closed after being operated in the fall for the first time ever.

The floodway gates were lowered to their storage position this week, the province said in a news release Friday. They were opened on Oct. 9.

Floodway flow is about 1,200 cubic feet per second, and will continue until the river level drops below the inlet lip.

The province said the Red River water level at James Avenue in Winnipeg will continue to drop, but could rise again because of ice buildup.

Without the ice buildup, the river could drop to around 14 feet at the time of freeze-up, which would be the highest on record for this time of year.

Winnipeg’s rivers, including the Red and Assiniboine, are already starting to freeze in places. 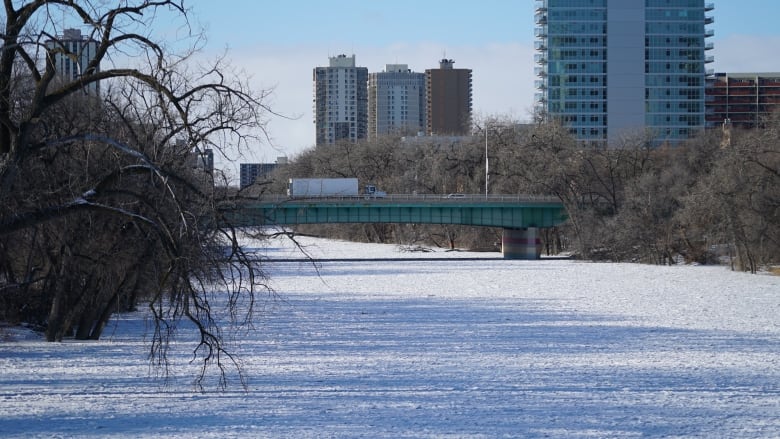 Winnipeg’s rivers, including the Assiniboine, are already freezing up in places. (Trevor Brine/CBC)

With the unpredictability of ice buildup, the river at James Avenue could rise as high as 18.5 feet, the province said.

The river level is still high for this time of year as inflows from the northern U.S. continue. Combined with continued freezing temperatures, the high water level may produce ice-related flooding along the Red River, the province said.