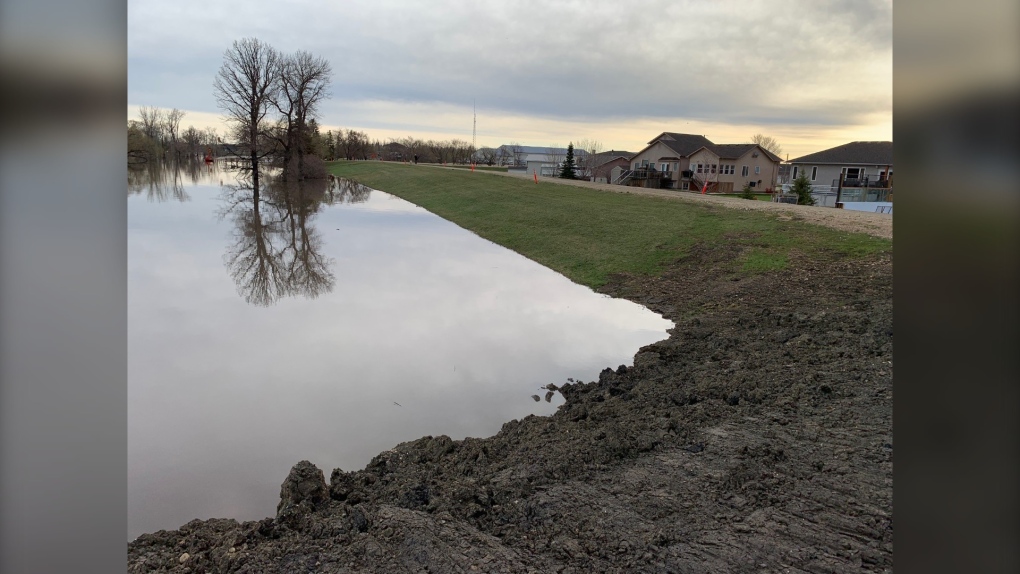 The mayor of one Manitoba municipality said the community is in “full flood mode,” as it deals with rising water levels.

To protect residents and infrastructure from flooding issues, the municipality has taken several precautions, including issuing a state of local emergency.

“Inside the town of St. Adolphe we have the ring dike project, where those roads are closed off whenever there’s a lot of water coming to the town,” the mayor said.

He added that two of the four community access points are currently closed off, which means people will have to reroute.

As of Wednesday, Highway 210 and 247 are closed due to water on the roads.

“It’s just more inconvenient for people, but there’s still a way in and out of town,” Ewen said.

As for evacuations, the municipality has not issued any mandatory evacuations so far. However, it has served about 199 voluntary evacuation notices. About 85 homes have been evacuated at this point.

He noted the reason for the evacuations has to do with road closures.

“We have a low-lying road throughout Ritchot and people just can’t get in and out of their homes,” he said.

Ewen noted that dealing with flooding issues is even more difficult for those living in rural areas, as they are outside of the ring dike.

“You’re sandbagging your home. You’re making sure your berm is protecting your home,” he said, adding that the municipality has handed out more than 140,000 sandbags this year.

For those who are choosing to not evacuate, Ewen recommended making sure you have all the necessities at your home.

Across Manitoba, 26 communities have issued local states of emergency due to flooding.

– With files from CTV’s Ainsley McPhail.