BetRegal.ca odds: The Blue Bombers are favoured by 8.5 points. Bombers head coach Mike O’Shea on being favoured by more than a touchdown:

“They’ve done a great job for a number of years avoiding that. They’re very focussed on their teammates and what they do inside the building and not focussed at all on what goes on outside the building. I don’t know that our guys have ever believed that perception is reality. They come to work every day and try and create their own reality. They try to live in the moment and go from there. All that stuff – the outside noise – with this group it’s irrelevant. It doesn’t even come into the conversation. What comes into the conversation when they come through those doors is ‘where’s so-and-so? Are you ready? Is the film up? Everybody, get in here… let’s go. What are we doing?’ And then they just go to work. They just come in and get after it on a daily basis for months on end which, for a head coach, is very pleasing.”

Home/Road: The Bombers are 7-0 at home this season. The Roughriders are 4-3 on the road.

Head-to-head: This is the third meeting between the Blue Bombers and Roughriders this year. Winnipeg won both regular-season meetings – 23-8 in the annual Labour Day Classic and 33-9 in the Banjo Bowl. The Bombers are 5-5 in their last 10 regular-season games vs. Saskatchewan and currently riding a two-game playoff win streak vs. the Riders, having won the 2019 West Final and the 2018 West Semi-Final.

Blue Bombers-Roughriders Western Final history: Winnipeg and Saskatchewan are meeting in the Western Final for just the fifth time dating back to 1936. Previously: 1941, 1966, 1972 and 2019. Each team has two wins, with the Bombers emerging victorious in ’41 and ’19. 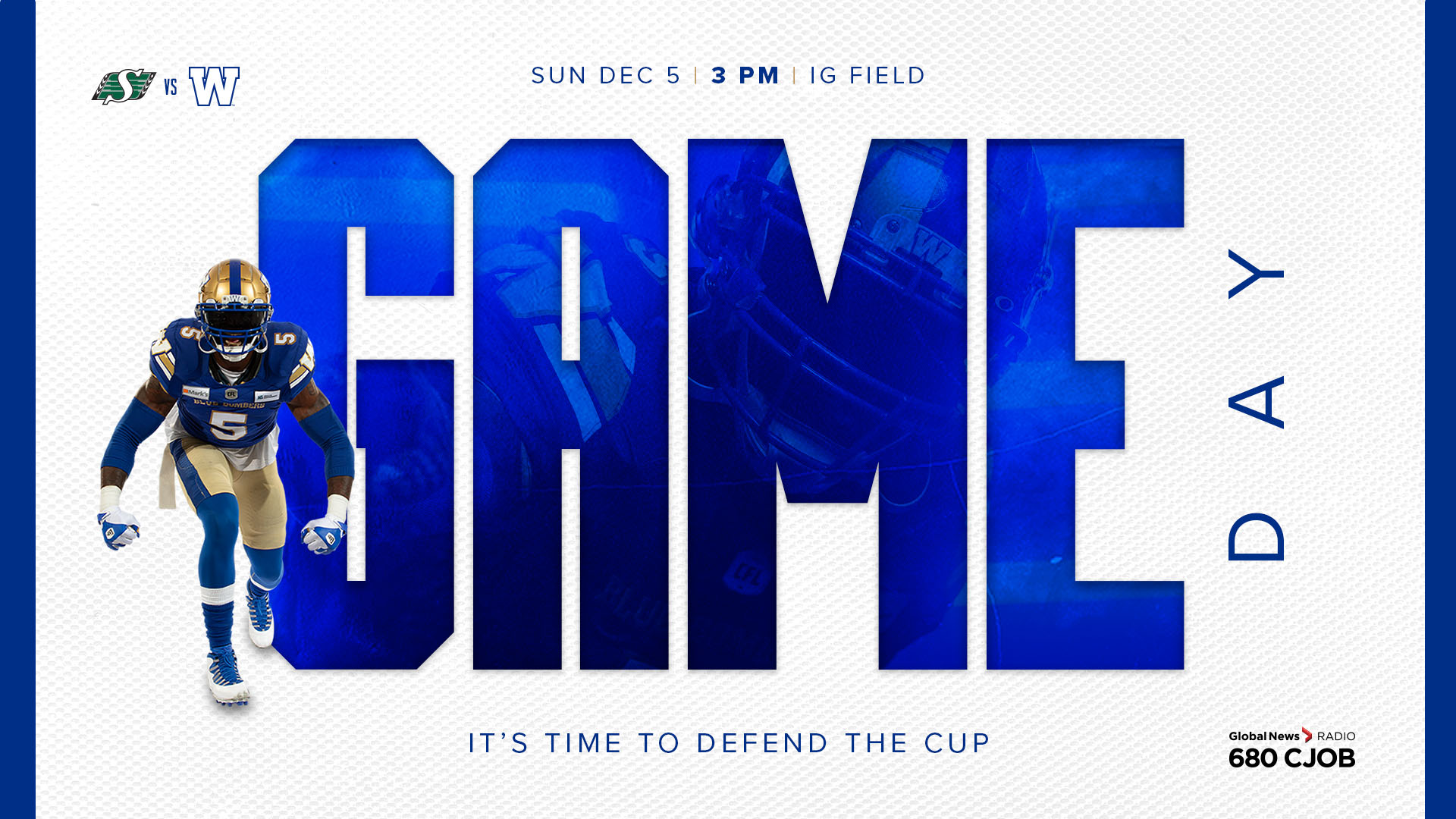 The Bombers have made eight roster changes for this week from the lineup that took to the field in the regular-season finale vs. Calgary. Coming on are RBs Andrew Harris (listed as a ‘game-time decision’) and Brady Oliveira, WR Darvin Adams, DB Deatrick Nichols, DE Jackson Jeffcoat, LB Jesse Briggss, WR/KR Janarion Grant and DT Ricky Walker.

#5 Willie Jefferson , DE: He’s a game-changer at the end, able to get after the quarterback, swat down passes and stuff the run. Couple him with dominant DE Jackson Jeffcoat from the other side and the Bombers have a dangerous duo coming off the edges.

#32 Deatrick Nichols, DB: A West Division All-Star in his first CFL season, Nichols returns to the lineup after sitting out the last two regular-season games. He figures to see a lot of Duke Williams – also a game-time decision – and the big target is one of the league’s best at snatching 50-50 balls out of the air.

#1 Darvin Adams, WR: Adams found an extra gear in the playoffs last year and was a dangerous over-the-top deep threat in working with Zach Collaros. Can he find some more postseason magic? 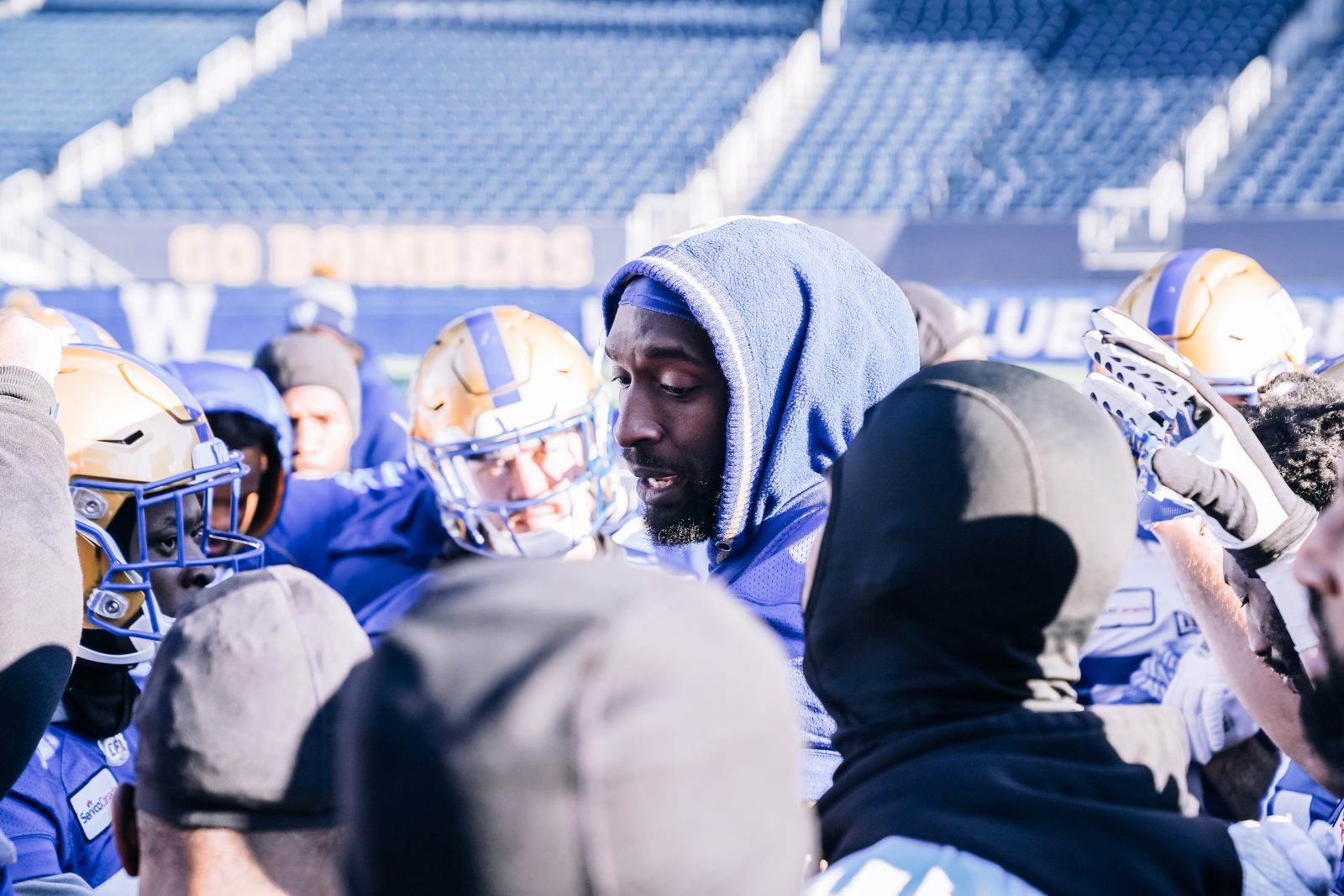 #33 Andrew Harris, RB: The veteran RB is a game-time decision, and the club is more than comfortable rolling with Brady Oliveira and Johnny Augustine if Harris can’t go. But if he can… we saw what kind of impact he can have in his last playoff game – the 2019 Grey Cup in which he was name MVP and the Most Outstanding Canadian.

“If Andrew’s out there, as I’ve always said he brings a calmness to the group, to the huddle, to the sideline, to the locker room,” said quarterback Zach Collaros. “He’s got a quiet confidence and when he gets really rolling, he’s tough to stop. He’s at a PhD level when it comes to experience in this league in protections and all those different things. It’ll be great to have him out there… I guess we’ll see in the morning.”

Sunday’s game will be just the second playoff game in IG Field’s history. The fist was a 39-32 loss to Edmonton in the 2017 West Semi-Final.

The Bombers home record in their last 19 games at IG Field, including a 7-0 run this year.

The Bombers surrendered an average of 13.4 points per game this year, their lowest total since allowing just 11.4 in 1958. 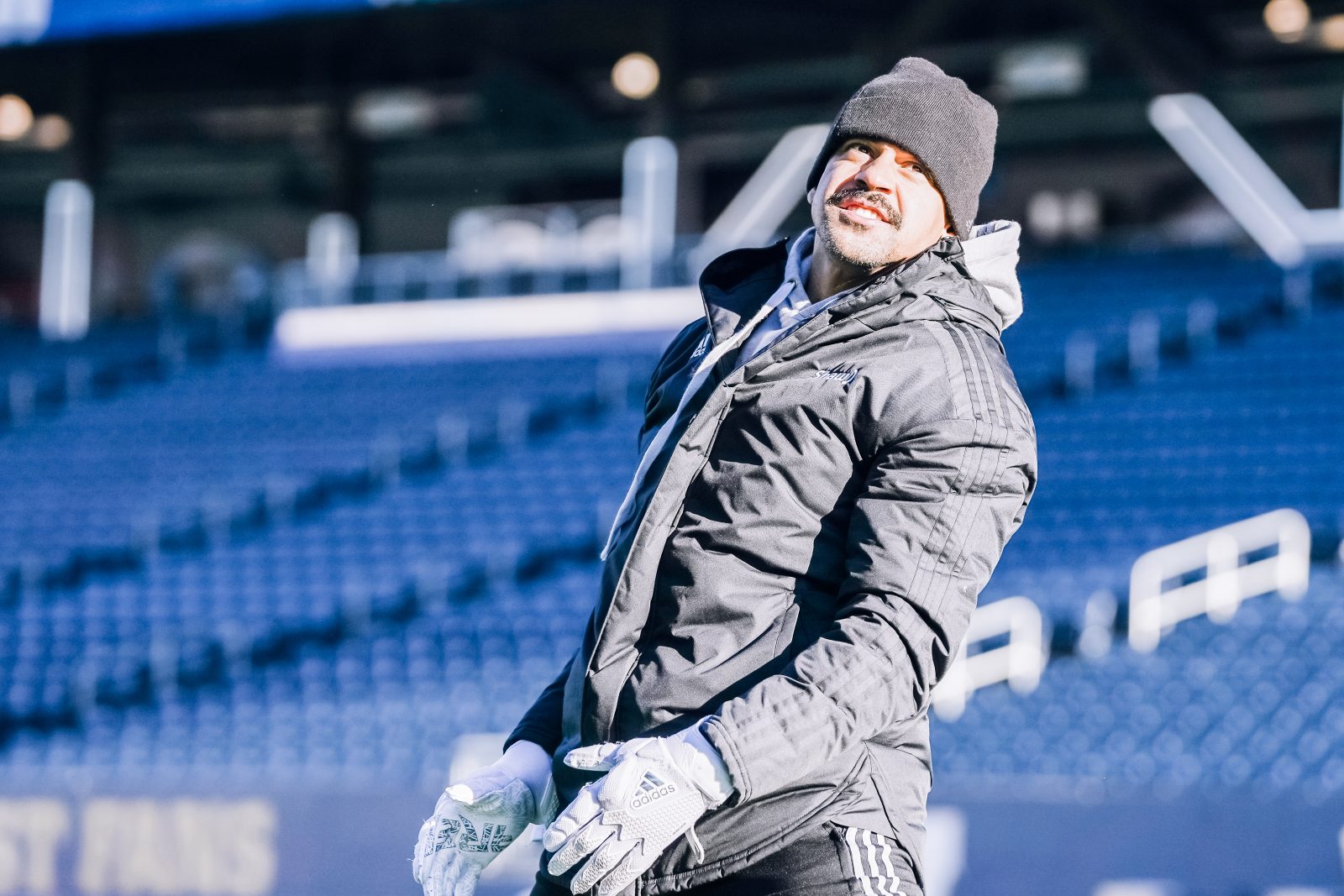 “Andrew is just a veteran. His ability to manipulate defences with subtle differences with how he moves, hoe he lines up, his ability to see pressures and communicate with the offensive line and make people right… first off, those are some of the most-important pieces that he brings to an offence. That’s not even him touching the ball yet. Now, obviously, when he gets the ball in his hands, he can do some special stuff. All around, he can be a game changer. He’s definitely a special player.” – Bombers linebacker Adam Bighill when asked what Andrew Harris brings to the lineup if he is playing.

“I don’t think you should every take things for granted because nothing’s ever guaranteed. It is difficult to get (to the Grey Cup). It’s difficult to win it. As small as the league is, there’s a lot of players who have had careers that never made the playoffs. It is very challenging.

“You always want to try to seize the moment – seize the moment for us is Sunday and going out there and playing the way we’re capable of playing and hopefully that’s good enough for us play the next week and get the chance to win it all. Up until now we’ve done everything we’ve set out to do and that’s to put ourselves into position where we can play until the middle of December. It’s an honour. It’s an honour to be in this position and enjoy the moment.” – Bombers defensive coordinator Richie Hall.

(35)
$33.11 (as of January 27, 2022 10:34 GMT -06:00 - More infoProduct prices and availability are accurate as of the date/time indicated and are subject to change. Any price and availability information displayed on [relevant Amazon Site(s), as applicable] at the time of purchase will apply to the purchase of this product.)

(30)
$29.99 (as of January 27, 2022 10:34 GMT -06:00 - More infoProduct prices and availability are accurate as of the date/time indicated and are subject to change. Any price and availability information displayed on [relevant Amazon Site(s), as applicable] at the time of purchase will apply to the purchase of this product.)

(5062)
$7.49 (as of January 27, 2022 10:34 GMT -06:00 - More infoProduct prices and availability are accurate as of the date/time indicated and are subject to change. Any price and availability information displayed on [relevant Amazon Site(s), as applicable] at the time of purchase will apply to the purchase of this product.)

(4557)
$26.48 (as of January 27, 2022 10:34 GMT -06:00 - More infoProduct prices and availability are accurate as of the date/time indicated and are subject to change. Any price and availability information displayed on [relevant Amazon Site(s), as applicable] at the time of purchase will apply to the purchase of this product.)

(1576)
$7.49 (as of January 27, 2022 10:34 GMT -06:00 - More infoProduct prices and availability are accurate as of the date/time indicated and are subject to change. Any price and availability information displayed on [relevant Amazon Site(s), as applicable] at the time of purchase will apply to the purchase of this product.)