According to Trudeau’s itinerary, the Liberal leader will head to Rideau Hall at 10 a.m. ET, sounding the starting pistol for the Oct. 21 election.

Traditionally, the prime minister visits the governor general at Rideau Hall with a letter (also known as an “instrument of advice”) recommending the dissolution of Parliament followed by a general election call.

After agreeing to the election call, the governor general issues a proclamation on behalf of the Queen. That clears the way for the chief electoral officer to issue formal notices, known as writs, instructing the returning officer in each of Canada’s 338 federal ridings to hold an election to elect a member of Parliament.

The most recent polls show the Conservatives and Liberals deadlocked, after the Tories had enjoyed a lead stretching back to February and the start of the SNC-Lavalin affair.

Polls show majority still up in the air

According to CBC’s Poll Tracker, the Liberals currently are projected to win the most seats — but whether any party can secure a majority is still a toss-up.

Trudeau’s Liberals are seeking a second mandate and will spend the next 40 days pitching Canadians on the party’s accomplishments — especially their efforts to lift children out of poverty and create jobs — while trying to contrast themselves on social issues with their main rivals.

The Conservatives, meanwhile, will be going after other aspects of the government’s record — especially Trudeau’s ethics breach in the SNC-Lavalin affair — while promising to ease Canadians’ economic anxieties.

The NDP, which is fighting against sinking polling figures and a shrunken war chest, is trying to pitch itself as a viable alternative to the two front-runners and appeal to progressive voters embittered after the Liberals’ last four years in office.

Nipping at its heels in the polls is the Green Party, which is hoping to make a breakthrough in the House of Commons and build on its current two-seat caucus. 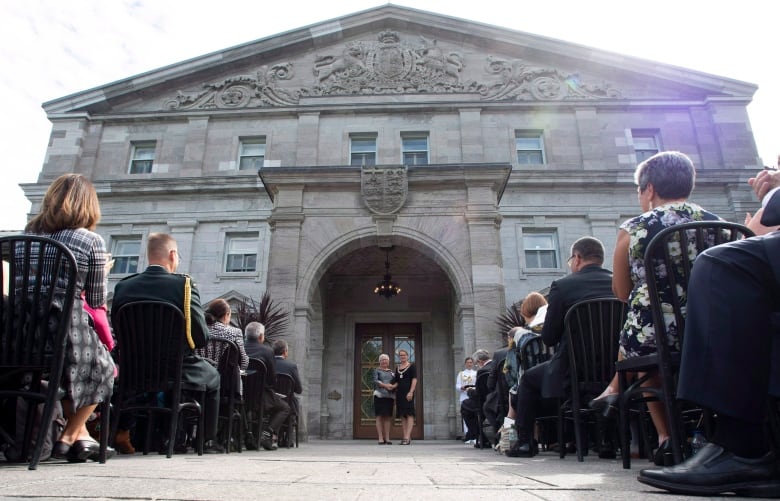 Former Conservative Maxime Bernier is hoping to make a splash with his new party, the People’s Party of Canada (PPC), by holding on to his own seat and bringing new MPs to Parliament.

After dismantling, replacing its leader and then coming together again, the Bloc Québécois will be looking to win at least 12 seats in Quebec and regain official party status — a title it hasn’t held since 2011.

While today’s visit to Rideau Hall marks the official launch of the campaign, the parties have been stumping all summer, airing TV and digital ads, circulating their campaign slogans and unearthing nuggets of opposition research.

Even before today’s events at Rideau Hall, Conservative Leader Andrew Scheer had promised to kick off his campaign on Wednesday. He starts in Trois-Rivieres, Que. — a province where Tories hope to grow their support — before heading to the Toronto-area riding of Vaughan-Woodbridge, a relatively new riding held by a Liberal that the Conservatives hope to flip to blue.

NDP Leader Jagmeet Singh, engaged in his first campaign as leader, will be in London, Ont. today. Green Party Leader Elizabeth May will kick off her campaign in Victoria.

Trudeau will head out to B.C. where he will hold a campaign rally in Vancouver.

The start of the writ period isn’t just ceremonial. As of today, strict rules kick in on spending and advertising.

Under Canada’s new fixed-date election rules, the campaign can only run a maximum of 50 days and had to be called no later than Sunday. It will be noticeably shorter than the 78-day 2015 campaign — the longest in modern Canadian history.