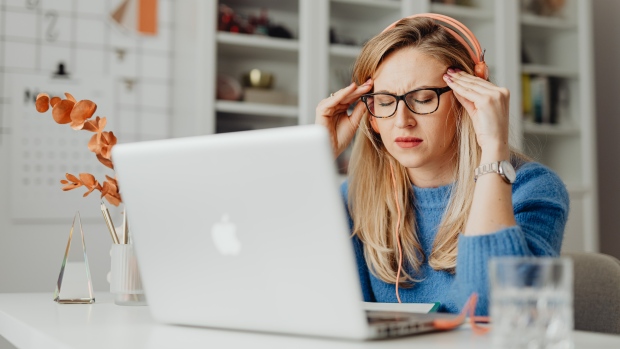 With a steady drop in new COVID-19 cases at the start of the fall season, things looked promising for Canadians. As vaccines continued to be administered and restrictions relaxed, it seemed as though daily life was starting to feel normal again.

But things have since taken a sharp turn. The country’s daily case counts have consistently increased since mid-November and are only being accelerated by the emergence of the new Omicron COVID-19 variant. According to Ahmad Firas Khalid, a health policy expert and professor at York University, this latest rise in cases is contributing to a new level of fatigue among Canadians.

As Khalid explained, the emergence of this new variant is leading many Canadians to feel as though the pandemic is far from over. The exhaustion that comes with this contributes to feelings of demotivation, he said, as people feel less inclined to follow public health measures in an effort to protect themselves and those around them.

“With a protracted or chronic public health crisis like COVID-19… people’s mental capacity is stretched so thin that they’re no longer exercising the same level of caution when it comes to their decisions,” he said.

Khalid used the example of attending a party. In the past, before deciding whether or not to go, you may have considered how many people were attending, whether masks would be required and if there was a vaccine mandate in place, factors he called “filters.”

But with pandemic-fuelled fatigue, people are feeling a lack of motivation towards following public health recommendations, he explained, such as keeping gatherings small or wearing masks. Basically, these “filters” that would normally prevent people from exercising behaviour that might jeopardize their health are no longer being considered.

“With pandemic fatigue, what ends up happening is that those pieces of information that used to inform people’s decisions are actually being reduced over time,” he said. “The mind is, for a lack of better words, mentally fried from being able to think about the repercussions.”

Added stresses from other aspects of life, such as work or finances, only increase the chances of developing pandemic fatigue, Khalid said.

“Stress is the biggest determinant for worse health outcomes in any individual,” he said. “We know that stress can have an impact on people’s daily functioning and being able to remember key components of our lives.”

THE LINK BETWEEN STRESS AND ‘PANDEMIC BRAIN’

Karl Szpunar, assistant professor of psychology at Ryerson University and director of the school’s Memory Lab, explains that stress is one of the biggest factors contributing to what’s being called “pandemic brain.” While it’s not actually a medical term, it is becoming quite common, he says.

“’Pandemic brain’, ‘brain fog’ – these are terms that have helped us start to understand a set of symptoms that people tend to be reporting rather consistently that involve difficulties concentrating, lapses of attention [and] lapses in memory,” Szpunar told CTVNews.ca in a video call.

“Everyone will have an experience of forgetting where they left their keys or forgetting to send an email when they thought they did, but it seems that these types of things are happening at a higher frequency than we’re used to.”

According to Szpunar, increased levels of stress experienced in day-to-day life as a result of the COVID-19 pandemic and the lockdown measures that came with it is strongly linked to “pandemic brain.”

He points to the early days of the outbreak, plagued with questions about the safety of visiting grocery stores or coming in contact with high-touch surfaces such as doorknobs. Now, concerns continue to centre on social gatherings and work-from-home conditions. While worries may have evolved, the stress remains.

“Before the pandemic, we knew that stress has very deleterious effects on not only our mental health, but our physical health, causing inflammation across the body and the brain,” he said. “These responses can have negative impacts on parts of the brain that are important for concentration, attention, and memory.”

Szpunar explains that stress caused by the pandemic can affect both long and short-term memory, with an especially profound impact on more recent memories surrounding daily activities. On a neurological level, he says, the inflammatory response caused by stress can affect parts of the brain such as the prefrontal cortex, which is important for paying attention to tasks at hand and remembering past experiences. This part of the brain becomes damaged over time by extended periods of stress.

“It’s not like we’ve never heard about these things before – if you’ve ever pulled an all-nighter, if you’ve ever had jetlag, if you’re a single parent trying to raise children and work and juggle all of that, these individuals will tell you that this is something they’ve struggled with for a very long time,” he said. “It’s just that now, we’re seeing this on a more collective level.”

HOW FEELINGS OF LONELINESS AFFECT THE BRAIN

Barbara Sahakian, clinical neuropsychology professor at the University of Cambridge in the U.K., has done considerable research on the effects of social isolation on the brain as a result of the COVID-19 pandemic. She points to a recent study she co-authored that evaluated sensitivity to negative information during the pandemic.

“We essentially found that the lockdown was producing very negative thoughts, perceptions and biases, which affect our brains,” she told CTVNews.ca over the phone. “That behaviour of focusing on these negative aspects is similar to what depressed people do.”

Results show that feelings of loneliness experienced as a result of pandemic lockdown measures were contributing to more frequent negative thoughts, she explains. According to the study, these negative affective biases are often observed in people with depression, a disorder that has been associated with cognitive impairment, or issues with memory and concentration.

Sahakian also points out that these feelings can impact the brain’s ability to regulate emotions.

Top-down cognitive control over the emotional brain is what allows people to manage their feelings, Sahakian explains. When someone gets upset, they normally try to rationalize it, demonstrating control over their emotional responses. This involves the use of the amygdala, a region of the brain that helps to process emotions.

But for someone who is depressed, this causes the amygdala to become overactive, resulting in excessive responses to negative events and a cognitive bias that involves perceiving the world more negatively.

“That’s more or less what’s been happening during the COVID period,” she said.

According to Sahakian, part of the solution to managing these feelings of stress and loneliness lies in social interaction.

“If you were able to keep yourself reasonably socially connected, all that [negative thinking] was reduced,” said Sahakian. “That social connectivity was a really strong protective factor.”

Maintaining social connections, she says, can act as a distraction from the negativity around us. Not only can others help cheer us up, but they can also act as an outlet for us to vent about our problems.

“Loneliness…and that isolation have a big impact on people,” she said. “If we have social connections, that provides us with a kind of resilience.”

In a recent survey from Statistics Canada, more than 10 per cent of Canadians aged 15 and older said they feel lonely either often or all the time. The results were recorded in August and September of this year as part of the Canadian Social Survey, and involve residents of Canadian provinces only.

Nearly one quarter of people who lived alone also said they experienced loneliness often or all the time, more than double the amount of those living with others.

WHAT YOU CAN DO TO PREVENT ‘PANDEMIC BRAIN’

When finding ways to improve memory and cognition, Sahakian suggests anything that creates a positive state of mind or promotes a healthy lifestyle. One thing she recommends in particular is exercise.

“We know that the hippocampus is incredibly important for learning and memory,” she said, pointing specifically to examples of everyday memory, such as remembering where you parked your car, or where you left your phone.

“With exercise, it stimulates neurogenesis in the brain, which is [the development of] new brain cells, and it does so in areas such as the hippocampus, so that it actually bolsters up that area of the brain and helps us with our memory and learning.”

Besides maintaining social connections, Sahakian also recommends eating a healthy, balanced diet, getting enough sleep and even looking for opportunities to volunteer, something that activates the reward system in the brain, she says.

“Volunteering gives people a sense of meaning in life, and it promotes happiness, health and well-being,” she said. “In older adults, it’s been found to be associated with greater life satisfaction and reduced depression and anxiety.”

Szpunar also points to activities that have been proven to reduce stress levels such as listening to music and meditating.

“The recommendations we give are the same ones we would give before the pandemic, and each one always focuses on taking care of ourselves,” he said. “Some of these answers aren’t very exciting, but they’re the things that work.”

(1563)
$9.45 (as of January 24, 2022 10:33 GMT -06:00 - More infoProduct prices and availability are accurate as of the date/time indicated and are subject to change. Any price and availability information displayed on [relevant Amazon Site(s), as applicable] at the time of purchase will apply to the purchase of this product.)

(1189)
$11.95 (as of January 24, 2022 10:33 GMT -06:00 - More infoProduct prices and availability are accurate as of the date/time indicated and are subject to change. Any price and availability information displayed on [relevant Amazon Site(s), as applicable] at the time of purchase will apply to the purchase of this product.)

Sold on a Monday: A Novel

(17257)
$11.10 (as of January 24, 2022 10:33 GMT -06:00 - More infoProduct prices and availability are accurate as of the date/time indicated and are subject to change. Any price and availability information displayed on [relevant Amazon Site(s), as applicable] at the time of purchase will apply to the purchase of this product.)

(18427)
$15.98 (as of January 24, 2022 10:33 GMT -06:00 - More infoProduct prices and availability are accurate as of the date/time indicated and are subject to change. Any price and availability information displayed on [relevant Amazon Site(s), as applicable] at the time of purchase will apply to the purchase of this product.)

(15991)
$20.99 (as of January 24, 2022 10:33 GMT -06:00 - More infoProduct prices and availability are accurate as of the date/time indicated and are subject to change. Any price and availability information displayed on [relevant Amazon Site(s), as applicable] at the time of purchase will apply to the purchase of this product.)