Lynn Bishop was asked to step up and lead the Winnipeg Blue Bombers during one of the darkest times in franchise history.

And so it wasn’t about the glory that might come from getting his name engraved on a Grey Cup or the honour that comes from sitting alongside the coaching staff for the annual team picture.

As President of the Winnipeg Football Club in 1996-97 – after being part of the team’s board of directors for four seasons prior to that – Bishop and the team’s executives had just one goal back then: Just keep the franchise alive.

“It was a very unsettled time,” said Bishop in a recent chat with bluebombers.com after the announcement of induction into the WFC Hall of Fame. “The year before the league had retreated from its short-lived and troubled expansion into the U.S. and with it came various doubts and questions about its reliability. Nobody was sure the league was going to survive. We also discovered that the football club was in a financial crisis. It owed a lot of money it could not pay, and at times, it looked like we might not be able to go forward. It was that dire.

“We had to roll up our sleeves and try to think of ways we could sort this all out and make it work. We owed a lot of money, a lot of it to suppliers in Winnipeg – which was not a good optic for the football club – and some of them were threatening legal action which, had it been pursued, would have put us into insolvency. I had no desire to be the president of the first club to have to declare bankruptcy in the CFL.” 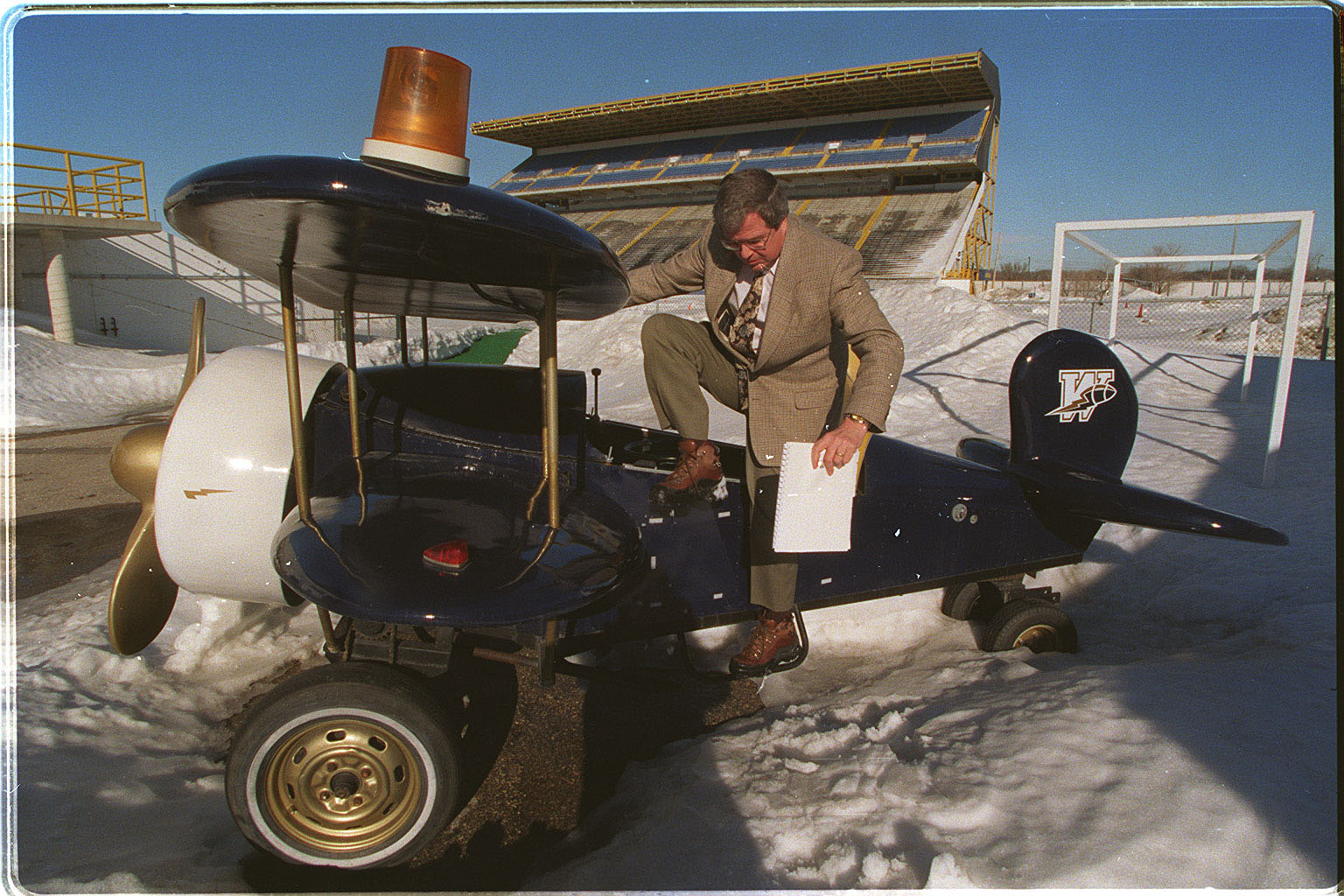 Bishop & Co. then formed an executive committee to come up with solutions to the many problems that were crippling the club. That ultimately led to the team’s ‘Third and Long’ business plan which pushed for a bigger season ticket base while implementing a refinancing plan.

Essentially it was about keeping the franchise from flat lining in the short term, and finding long-term answers, too. On top of that, the 1996 season ended with the worst loss in playoff history in a 68-7 shellacking in Edmonton which led to the firing of Cal Murphy and the arrival of Jeff Reinebold.

“We weren’t playing well, and we knew going in that our on-field performance was not going to be sterling,” said Bishop. “And so, it was a multi-headed monster we were trying to tame and deal with. It was not easy, and we were all volunteers with responsible jobs in our real lives and this demanded a tremendous amount of talent and time to sort things out – people like Bob Filuk, Don Bryk and Ken Houssin among others.

“It was stressful. It was very stressful for all of us because the outcome was anything but certain. We kept telling ourselves that the league had survived with most of the teams for 50-odd years and so there was a lot of resiliency in the thing we call the CFL. But we could not take anything for granted. We just had to get out and beat the bushes and the other part is we didn’t want to be seen as using a scare tactic to raise money. We didn’t want that optic, either so we had to come up with a well thought out plan.

“It was a tough time, but it was also exhilarating because we knew we were doing something that was important. The Bombers aren’t just the Bombers; they’re part of the Manitoba mosaic and an institution that simply had to be preserved. That was our mission: we’ve got to make this happen.” 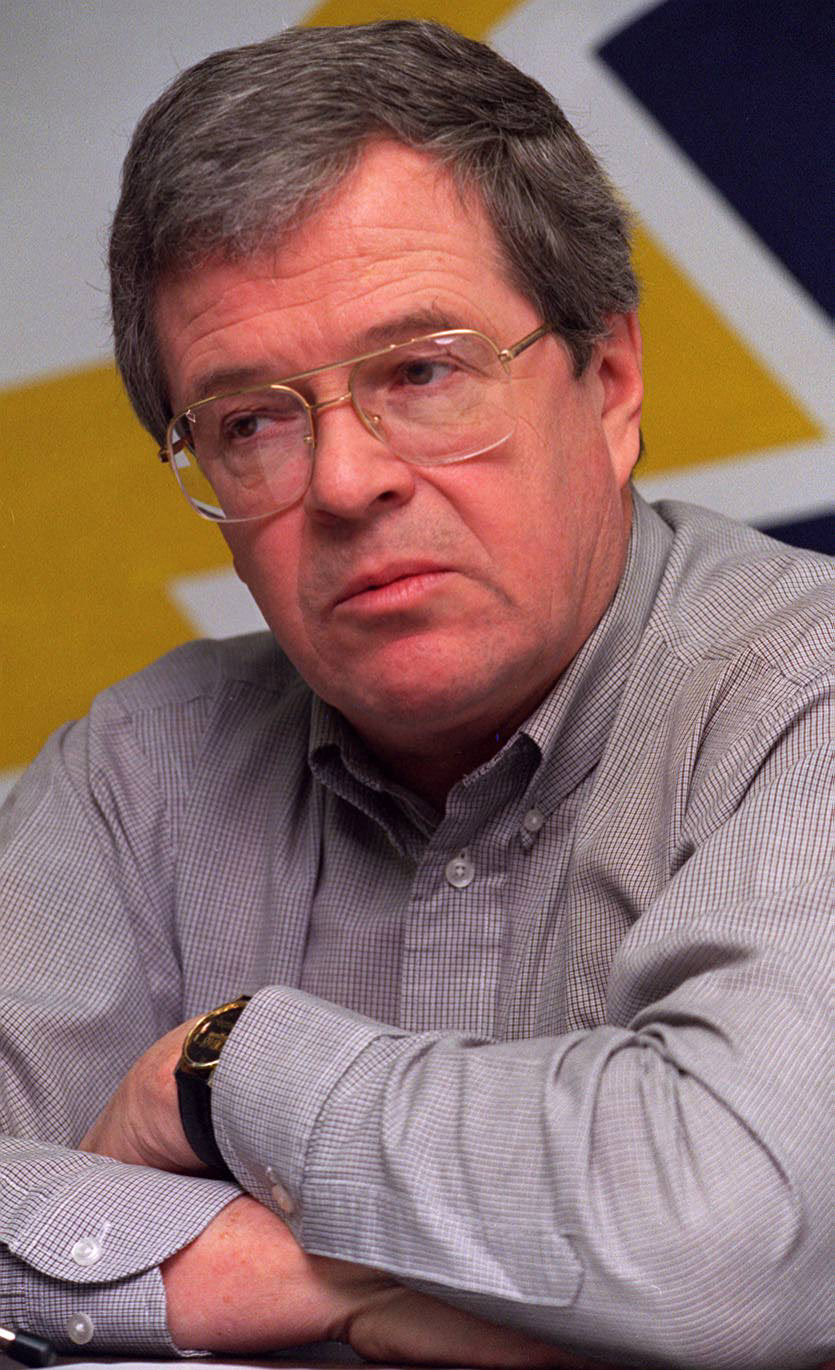 It was under Bishop’s tenure that the club also undertook the construction of new administration and player facilities at Canad Inns Stadium, in addition to dressing room improvements, theatre-style seating, the installation of an electronic scoreboard, new artificial turf and a new Bomber Store.

Just as important was the executive’s realization there needed to be changes in the way the franchise was operated.

“I think we helped sow the seeds for a change in the business model,” he said. “There had to be a more sophisticated way to managing the club, not just the game as the core of the business. We tried and we put in the measures that led to that happening in a sustainable way. It wasn’t just about applying a band-aid, it was about trying to ensure a long-term health for the club. People had to have confidence it was sustainable, too, because there couldn’t be any shreds of doubt. As it turned out, other dark days followed. But look at where it is today. It is a remarkable difference.

“Overall, the organization is vastly different today than it was back then. It’s just much more professional and more sophisticated in the way it conducts its affairs on and off the field.”

Bishop has been a lifelong Blue Bombers fans since his days growing up in Carman.

“Our neighbour was the Ford dealer in town, and he hired Buddy Tinsley (Canadian Football Hall of Famer) to sell Fords in Winnipeg.

“Buddy would come out and often bring other players with him and we’d scrimmage in the backyard,” Bishop recalled. “Buddy would be there tossing the football around with the other guys, including Bud Grant on occasion.

“I’ve often had a soft spot for the Bombers, and it goes back to those days because we got to know Buddy and our families became friends and we stayed in touch over the years.”

Bishop also spent parts of his youth in Selkirk and Thunder Bay before moving to Winnipeg. He earned a transportation degree from the University of Manitoba and flew as a bush pilot for five years to help pay for his education. He and his wife Lesley have three children, now all adults, in Kirsten, Sean and Ainsley.

He carved out a career in the aviation industry, managing and building airports throughout the arctic, then the Barbados and then as the General Manager of the Winnipeg International Airport and then Winnport, which evolved into Cargojet.

“Being named to the Hall of Fame,” said Bishop, “is such an honour.”

(3580)
$24.98 (as of December 7, 2022 10:28 GMT -06:00 - More infoProduct prices and availability are accurate as of the date/time indicated and are subject to change. Any price and availability information displayed on [relevant Amazon Site(s), as applicable] at the time of purchase will apply to the purchase of this product.)

(4849)
$14.99 (as of December 7, 2022 10:28 GMT -06:00 - More infoProduct prices and availability are accurate as of the date/time indicated and are subject to change. Any price and availability information displayed on [relevant Amazon Site(s), as applicable] at the time of purchase will apply to the purchase of this product.)

(71942)
$40.00 (as of December 7, 2022 10:28 GMT -06:00 - More infoProduct prices and availability are accurate as of the date/time indicated and are subject to change. Any price and availability information displayed on [relevant Amazon Site(s), as applicable] at the time of purchase will apply to the purchase of this product.)

(5341)
$9.97 (as of December 7, 2022 10:28 GMT -06:00 - More infoProduct prices and availability are accurate as of the date/time indicated and are subject to change. Any price and availability information displayed on [relevant Amazon Site(s), as applicable] at the time of purchase will apply to the purchase of this product.)

(4114)
$18.99 (as of December 7, 2022 10:28 GMT -06:00 - More infoProduct prices and availability are accurate as of the date/time indicated and are subject to change. Any price and availability information displayed on [relevant Amazon Site(s), as applicable] at the time of purchase will apply to the purchase of this product.)