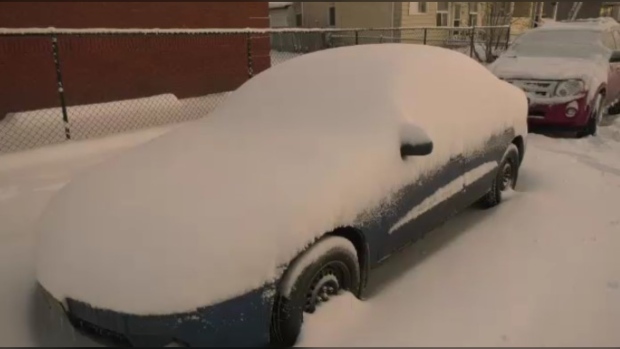 According to the weather agency, this means “hazardous” conditions are expected as the storm touches down in the province on Tuesday morning. The storm will also bring with it 10 to 25 centimetres of snow, with the heaviest snowfall expected north of the Trans-Canada and Yellowhead Highways.

The snowstorm is coming due to a low pressure system tracking along the international border, causing heavy snow, strong winds and blowing snow.

Environment Canada said the snow will start in the southwest part of Manitoba and head north and east throughout the day and into Wednesday morning.

On top of the snow, southern Manitoba will see strong northerly winds with gusts of 70 km/h, causing reduced visibility from blowing snow. The weather agency noted the strongest winds will be in the Interlake and Red River Valley.

The storm conditions will improve from west to east overnight on Tuesday and into Wednesday.

The following areas are under a winter storm watch:

The following areas are under a blowing snow advisory:

The following areas are under a blizzard warning:

The weather agency added that it may be difficult to navigate highways, roads, walkways because of the accumulation of snow, which could make travel difficult.

Environment Canada noted that due to heavy and blowing snow, visibility could be reduced to zero at times. If someone is driving and visibility is reduced, they should slow down, turn on their lights, maintain a safe following distance, watch for taillights ahead and be prepared to stop.