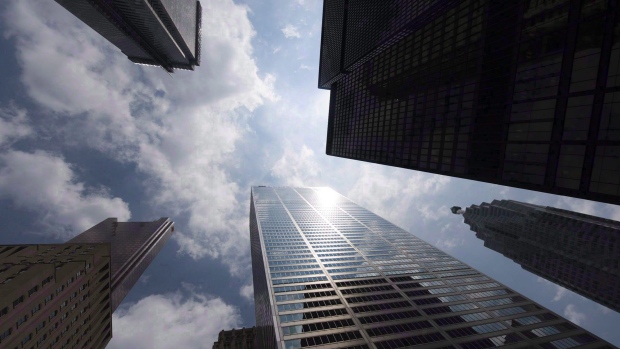 TORONTO — Canadian economists looking toward the future say 2021 could bring rapid market changes and positive job creation, but potential growth may hinge on a successful vaccine rollout and a wider feeling that the pandemic is coming to an end.

Everything considered, 2020 wasn’t as bad as economists first feared, according to Moshe Lander, an economics professor at Concordia University.

“If you told me back in March 2020 that we’d end the year still under lockdown, still under stay-at-home orders, yet we would have unemployment rates below 10 per cent, I’d high five you — or, I guess, elbow bump you,” Lander told CTVNews.ca on Thursday.

More than 5.5 million Canadians felt the impact of the economic shutdown last spring, including 3 million who lost their jobs and another 2.5 million who remained employed but experienced absences related to the pandemic. Since then, Canada experienced a steady streak of job gains from May to December as lockdown restrictions were eased, but that streak ended in December when 63,000 jobs were lost.

Jobs in travel, tourism and hospitality have suffered the deepest cuts over the last year. WestJet announced a new round of layoffs last week alongside plans to slash its flight schedule. Earlier this week, Air Canada revealed plans to cut 1,700 jobs as it scales down operations.

But layoffs outside of these fields haven’t been as apocalyptic as once feared, said Ian Lee, a business professor at Carleton University and former banker. He pointed out that workers in the services sector, education and government roles have been expected to adapt to remote work, but haven’t faced widespread job cuts.

“Ninety per cent of people are OK while 10 per cent were hit very, very badly. So this is not like past recessions where it affected everyone across the economy,” Lee said. “This recession has been much more differential in terms of its impact.”

Looking ahead, Lander said the best way to think about Canada’s future job market is to picture a bathtub with the water turned on but no plug in the drain. From above, the water level may remain the same to the naked eye, but in actuality, water is rapidly flowing in and out of the tub.

This concept is known as “churn and burn,” and Lander expects to see a rapid flow of old jobs lost and new jobs created in the coming year. In other words, the overall unemployment rate may not change dramatically, but Canadians will be on the move from one opportunity to the next.

“It’s one of those pivotal moments in society where it’s usually not a planned event. It’s one of these random shocks that, all of a sudden, the economy moves in another direction that we never could’ve imagined.”

Lander anticipates this “churn and burn” period will be fuelled, in part, by a changing retail landscape as more retailers with big box stores reconsider whether or not they need to offer the same in-store experience as before the pandemic. In the coming years, Lander said he expects more big box stores will begin to act more as warehouses to accommodate greater online sales, removing the need for sales people on the floor.

“It’s not all going to happen in 2021, but these businesses, they’re using 19th and 20th century ideas to run a 21st-century macro economy. And they’re going to say, ‘You know what, let’s roll with the times. The technology is there,’” Lander said, suggesting that retailers could follow in Amazon’s footsteps in using robots to fulfil online orders.

“We’re going to realize that there are a bunch of jobs out there that just don’t need to be done by humans.”

In the short term, other economists have suggested that Canada could see a second consecutive month of job losses in January as more provinces opt to shut down non-essential businesses.

“Sharp increases in caseloads and hospitalizations are leaving provinces with little choice but to impose or prolong restrictions on an economy that is but a shadow of itself,” Thanabalasingam wrote in a report.

“It will be a rocky road for the Canadian economy until vaccines can be widely distributed and normal life can resume.”

WHERE JOBS WILL GROW AND SHRINK IN 2021

Ongoing provincial lockdowns mean that many non-essential businesses have been forced to shut their doors, and consumer spending has dropped. The change has meant that Canadians are reportedly saving money at record levels. A report by CIBC last November estimated that Canadians have saved an extra $90 billion.

When provincial lockdowns end and consumer spending can return, Lee expects retailers, restaurants and bars will be among the first to benefit, and increased spending will spur job growth.

Auto jobs could also see a boost, Lee said, as more Canadians who once relied on public transit move outside of city centres and buy vehicles to get around.

Airlines have suffered more than any other sector, which means they have the most to gain from a return to normal life. But Lee said any growth in this sector shouldn’t be viewed as an immediate comeback.

“We may see a 10 or 20 or 30 per cent growth rate, but it’s going to be from such a horrible low level, and they’re not going to fully recover for three to five years,” he said.

“People are clearly showing signs of mental and physical suffering being locked down,” he said.

IS JOB GROWTH CONTINGENT ON VACCINES?

More than 480,000 Canadians have received their first vaccine doses as of Friday, accounting for 1.3 per cent of the total population, according to tracking by CTVNews.ca. The federal government has said that anyone who wants a vaccine will be able to get one by the end of the year, though vulnerable groups and frontline workers are being prioritized.

But even when the vaccine rollout is finished, Lander said it’s naive to think that Canada’s job market will look the same as before the pandemic.

“I think we’re being overly optimistic in thinking that somehow once we have a certain amount of critical mass vaccination, that things go back to normal,” he said.

“At a minimum, we need to know that this virus is done. Is there another one coming? Who is to say? Are the variants going to prove to be more lethal, are they going to be beyond what the current vaccines are capable of handling? We’re going to see that emerge in 2021.”

Back in 2001, Lee was in California during the 9/11 attacks. At the time, he recalled going to a nearby mall and seeing it eerily empty. A few months later, when the initial shock passed, the malls were once again bustling.

While the two events are dramatically different, Lee said he expects Canada’s economic activity will return to similar levels once the coronavirus is eradicated, and jobs will quickly follow.

“I believe there will be more people working and the unemployment rate will be lower this time next year,” he said.

With files from The Canadian Press

(12965)
(as of February 24, 2021 - More infoProduct prices and availability are accurate as of the date/time indicated and are subject to change. Any price and availability information displayed on [relevant Amazon Site(s), as applicable] at the time of purchase will apply to the purchase of this product.)

(182)
(as of February 24, 2021 - More infoProduct prices and availability are accurate as of the date/time indicated and are subject to change. Any price and availability information displayed on [relevant Amazon Site(s), as applicable] at the time of purchase will apply to the purchase of this product.)

The Croods: A New Age [Blu-ray]

(as of February 24, 2021 - More infoProduct prices and availability are accurate as of the date/time indicated and are subject to change. Any price and availability information displayed on [relevant Amazon Site(s), as applicable] at the time of purchase will apply to the purchase of this product.)

(99981)
(as of February 24, 2021 - More infoProduct prices and availability are accurate as of the date/time indicated and are subject to change. Any price and availability information displayed on [relevant Amazon Site(s), as applicable] at the time of purchase will apply to the purchase of this product.)

(364)
(as of February 24, 2021 - More infoProduct prices and availability are accurate as of the date/time indicated and are subject to change. Any price and availability information displayed on [relevant Amazon Site(s), as applicable] at the time of purchase will apply to the purchase of this product.)