Chris Streveler’s National Football League debut with the Arizona Cardinals officially featured just one quarterback sneak covering three yards for a first down and a snap on special teams.

What doesn’t show up on the stats sheet from the Cardinals’ 24-20 win over the San Francisco 49ers at Levi’s Stadium, however, are the countless texts, tweets and other social media bouquets tossed his way from Winnipeg Blue Bombers fans and, indeed, diehards from all over the Canadian Football League.

“I’ve definitely been feeling that love,” said Streveler Monday in a 14-minute Zoom call with reporters, mostly from Winnipeg, hosted by the Cardinals communication staff.

“It’s just been crazy to see… I mean, as crazy as it is, I’ve even been getting Riders fans tweeting at me… ‘I hate the Bombers, but I got to root for this guy.’ I’m like, ‘Wow, I know it took a lot for that person to tweet that because that probably hurt them to say.’

“… I’ve heard a lot from (former Bombers teammates). It obviously means the world to me because leaving Winnipeg was tough for me just because of the relationships I’d built with teammates and coaches and even fans up there. So, to get to hear from so many of those guys and those guys showing some love on social media and texting me personally, it honestly means the world to know those guys are supporting me and happy for this opportunity that I’m getting right now.

“It’s really cool to get to have so many people that are showing love and support from different areas of North America now at this point. It’s been really, really cool and I really appreciate it.”

Can’t wait to see @cstrevy ball out today with the @AZCardinals!! Best and toughest teammate ever. Good luck brother!!

Couple pregame snap convos with Strevy today. Got my adrenaline is going!! #5amClub

Streveler entered Sunday’s win in the third quarter with the Cards trailing 13-10 and converted a third-and-one with one of his trademark sneaks in which he put his head down and bulled for the necessary yardage.

It was just a teeny-tiny sample of what the likable QB did during his two years in Bombers colours, where he played every snap as if it was the fourth quarter of the Grey Cup.

“It was definitely really exciting, getting in for the first carry and all that,” Streveler said. “That’s obviously a big deal. It was kinda funny, though, the way it happened it was just exactly like I was doing the wedge stuff up in Canada. It was like, ‘Alright, third and one… I’m coming in the game let’s hit this QB sneak.’ It was eerily similar to how I just ran out there, got the sneak and ran off.

“I was texting with Drew Wolitarsky, one of my buddies, and a lot of people up there know that, and we were laughing about how I’m down here now but basically what happened yesterday is the same thing that had been going on in the CFL for a couple of years.”

Streveler signed with the Cardinals this offseason and he’s found a place as the Cardinals’ No. 2 pivot behind Kyler Murray, one of the NFL’s rising stars, and ahead of veteran Brett Hundley, who was inactive for Sunday’s game.

In Arizona he’s working with former Bombers QB Kliff Kingsbury – he was one of Ryan Dinwiddie’s backups for the 2007 Grey Cup, along with Zac Taylor, now the head coach of the Cincinnati Bengals – and Bomber and Canadian Football Hall of Famer Tom Clements, who is Arizona’s passing game coordinator and QB coach.

“We really like Chris,” Kingsbury told reporters in Arizona on Monday. “We didn’t know what to expect (when he arrived), watched his CFL stuff and he was running around up there, making a lot of plays. Did a nice job picking up our offence, very active player, smart player, athletic as you can see.

“We wanted to get him involved and we’ll see where it goes.”

Streveler’s other action on Sunday came on special teams, where he was the up back on a punt, also in the third quarter.

“He plays quarterback,” Kingsbury said. “It’s not one of those deals where he’s a slash-quarterback. He’s a real quarterback. We feel good about Brett as well, and we liked what Brett did last year with his opportunities. We just felt like, for now, Strev gives us a dynamic with his special teams ability and we’ll have him up (as No. 1) right now.”

Streveler raved about his two years with the Bombers and how the experience on the field was clearly beneficial. But so, too, was being around a veteran dressing room in shaping his off-field habits.

“I really can’t say enough about my time in the CFL. It’s obvious that without that time I wouldn’t be here,” he said. “I mean, coming out of college I really didn’t have any NFL looks and went right up there so that time there gave me this opportunity here.” 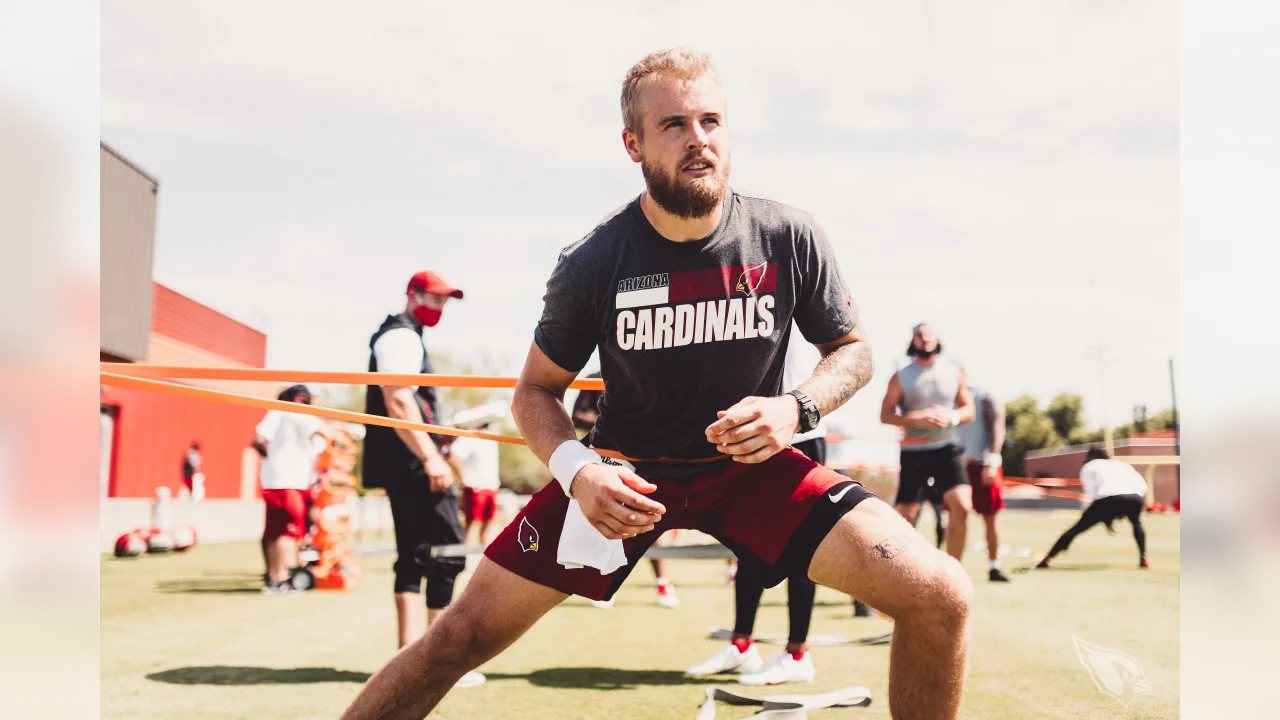 “But it’s just the stuff you wouldn’t really see… being up there taught me how to be a professional. It taught me how to prepare day in, day out, for a long season playing against high-level players. It taught me how to take care of my body like a professional. It’s given me so many tools where had I not been up there for two years, I wouldn’t have the opportunities down here I have right now. That’s something that’s never lost on me. It’s something I’m definitely appreciative of. Even today, coming in and doing stuff, that’s stuff I incorporated into my time up there and plays out every single day down here and without that I wouldn’t be where I am.”

Streveler said he has yet to get his Grey Cup ring, but did indicate he has heard from Bombers Director of Football Operations Matt Gulakow about needing to fill out his customs form in order to receive it.

“I’ve been a little preoccupied down here with some other things,” he said with a grin, “so I haven’t got around to that, so I’m hoping to get it done in the next couple of days.”

Asked what the ring will represent, or remind him of, when he does get it, Streveler offered a heartfelt response.

“It’s just going to remind me of all the good times I had with the dudes in that locker room and the times up in Winnipeg,” he said. “I was just texting with dudes last night when I got home… it was the group of guys that I used to just kick it with after every game and I was like, ‘Man, I kinda miss you guys. It’s weird not hanging out with you boys after a game after doing it for two years.’ That’s the stuff I think about.

“Obviously the run through the Grey Cup and the playoffs and everything like that was really special. But more than anything I just think about those teammates that I had up there. Great friends, coaches, guys that I’ve built lifelong relationships with. That’s more what it means to me. Obviously, the wins are great, but you remember the people and the impact they had on you more than anything.”

(1459)
(as of September 28, 2020 - More infoProduct prices and availability are accurate as of the date/time indicated and are subject to change. Any price and availability information displayed on [relevant Amazon Site(s), as applicable] at the time of purchase will apply to the purchase of this product.)

(8422)
(as of September 28, 2020 - More infoProduct prices and availability are accurate as of the date/time indicated and are subject to change. Any price and availability information displayed on [relevant Amazon Site(s), as applicable] at the time of purchase will apply to the purchase of this product.)

(15190)
(as of September 28, 2020 - More infoProduct prices and availability are accurate as of the date/time indicated and are subject to change. Any price and availability information displayed on [relevant Amazon Site(s), as applicable] at the time of purchase will apply to the purchase of this product.)

(28800)
(as of September 28, 2020 - More infoProduct prices and availability are accurate as of the date/time indicated and are subject to change. Any price and availability information displayed on [relevant Amazon Site(s), as applicable] at the time of purchase will apply to the purchase of this product.)

Dog Man: Grime and Punishment: From the Creator of Captain Underpants (Dog Man #9)

(1300)
(as of September 28, 2020 - More infoProduct prices and availability are accurate as of the date/time indicated and are subject to change. Any price and availability information displayed on [relevant Amazon Site(s), as applicable] at the time of purchase will apply to the purchase of this product.)