Truth be told, the novelty of playing against his old club and the notion of delivering some sort of retribution or sending a message – or whatever the pent-up emotions might be involved – wore off a long, long time ago for Adam Bighill.

And so while it would be natural to assume the Winnipeg Blue Bombers dominant middle linebacker would have drawn bright red circles around Friday night’s visit to Vancouver and matchup with the B.C. Lions, there’s been too much change on the left coast for the game to offer up anything extra other than it being Week 9 on the Canadian Football League schedule.

“Look, it still means something, because there’s still a lot of fans in B.C. who still support me,” began Bighill in a chat with bluebombers.com this week. “I’ve always got love for them. As for the organization… I don’t really know anybody there anymore. The coaching staff has changed over there twice and there are only a few players left since I played there. Even the ownership has changed. My first game playing them, yeah, I was fired up. But not really anymore.”

There’s a bigger angle at play here now, anyway. Bighill spent his first six years as a pro in B.C., helping the Lions win the Grey Cup in 2011, being named a CFL All-Star four times and the league’s Most Outstanding Defensive Player in 2018. Yet when he opted to return to the CFL in late spring of 2018 after a stint with the New Orleans Saints in 2017, the Lions couldn’t – or wouldn’t – make room for him on the roster, mostly because of salary cap reasons. 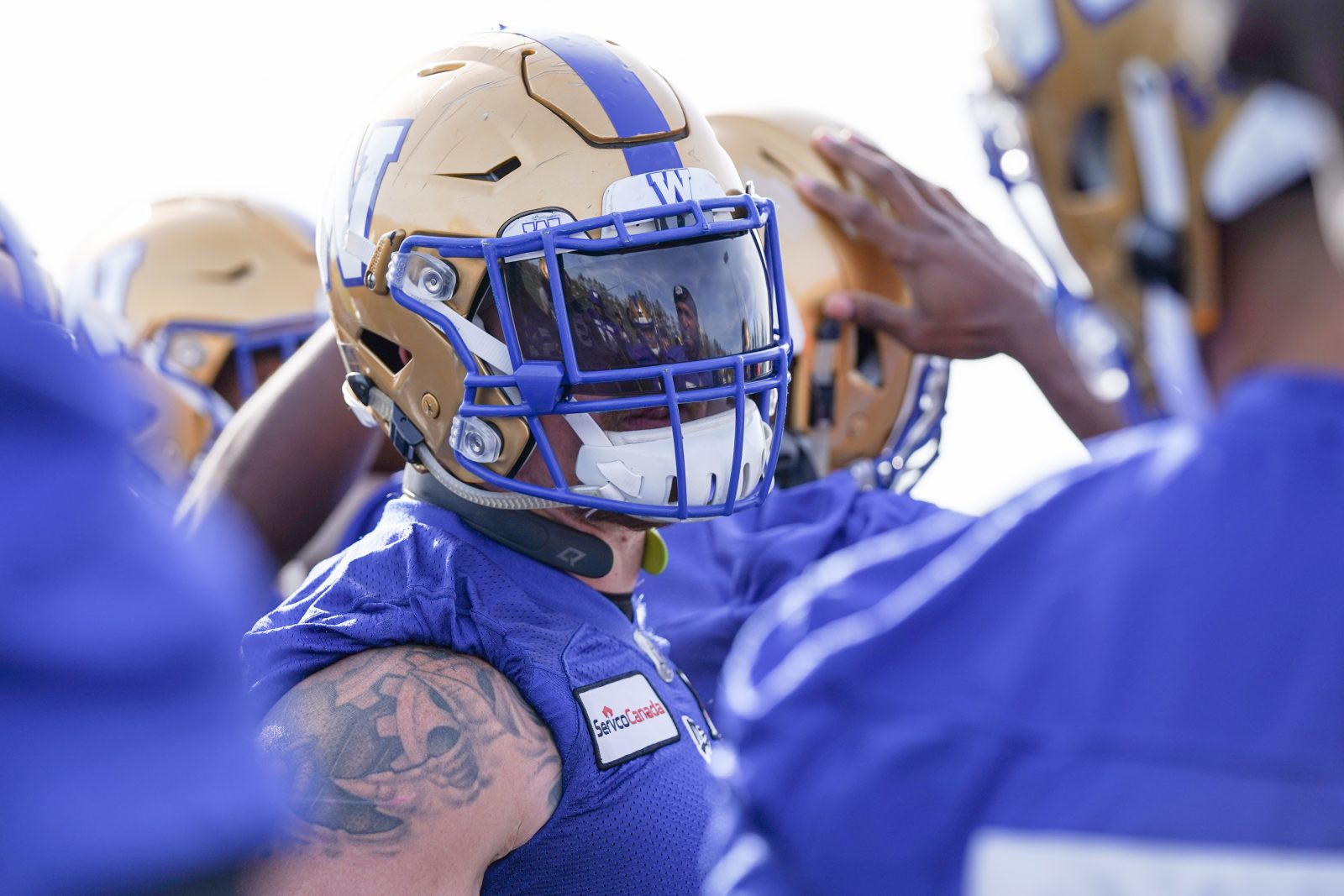 “When Ed Hervey (the Lions GM at the time) came in he wanted to make his own calls on personnel and he was known for not wanting to pay linebackers a lot,” said Bighill. “So, when I came back he said, ‘We can’t even make you an offer.’ I knew that was a possibility, that I might not be able to come back.

“What me and Solly (long-time linebacking partner Solomon Elimimian) were able to do for those years there, it’s hard to keep that together even for as long as we did. So, I knew it was possible I wouldn’t be coming back. At the end of the day, it turned out great.”

File that under ‘colossal understatement.’ After all, ‘great’ doesn’t even begin to describe how well the fit has been between Bighill and the Bombers. That fit, it could be said, is even bigger than just player and franchise.

“We love being in Winnipeg now,” said Bighill. “Setting up here might have been a hard sell at first with Kristina (his wife) being from Vancouver. But as we’ve started our life here she can already see what some of our friends and people in Vancouver are going through in terms of the cost of living. The living expenses out there are higher and you don’t get as much there for what you pay for. Overall, for comfort of life she’s just seeing how it’s different here and she’s appreciating what that presents us.

“Plus, I love playing here. I love the mentality of the city, of the province. It’s blue-collar in a lot of ways and that mentality is where I came from. I definitely fit in well and appreciate it.”

Make no mistake, with Bighill’s all-star skillset he would fit in well with any franchise. He also already has a growing side career as investment advisor that means he could hang his hat and be productive in any city across the continent. Still, knowing his background  – his father Andy and mother Janine both worked at the sawmill in Raymond, WA, just outside his hometown of Montesano – and knowing how his head coach, Mike O’Shea, comes from the same stock and played the same position at a hall-of-fame level, could there be a better fit than Bighill and the Bombers; Bighill and this town? 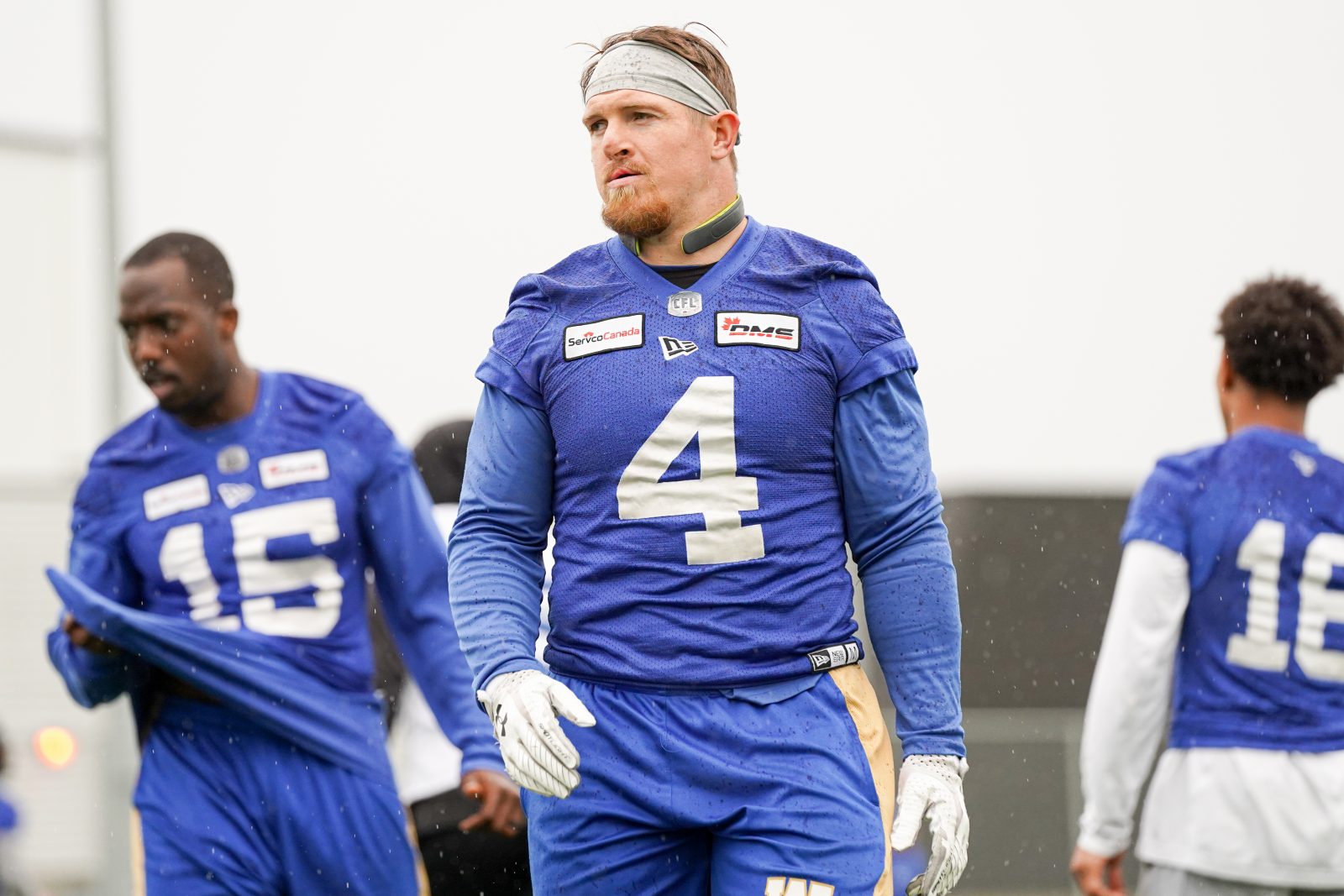 “Around Montesano it’s a region that is surrounded by agriculture and farming and along with the logging industry those were the main economic drivers,” said Bighill.

“When I was younger, in order to pay for my cleats and my supplements I was working on different farms in the summer, bailing hay and different things. I had my own grass cutting company. Everybody I knew, everybody around me, everything they did was built on hard work. My head coach in high school and strength coach… that program was built on work and discipline. That’s where I come from. It’s the same vibe here and that’s why I’m so comfortable here.”

Bighill is once again authoring another sensational season as part of the Bombers dominant defence. He leads the club with 38 tackles, has an interception and two fumble recoveries – including one for a touchdown in the win over the Edmonton Elks prior to the bye week. And he continues to do all this without taking a day off, hell, even a rep off, at practice.

“That’s what I come from. It’s just natural to me,” he said. “At the same time, I’ve always known that if I was going to make it I had to do the things that other people weren’t willing to do. I came from a small school (Central Washington) and being under-sized, being from where I was I couldn’t give people even one reason to say, ‘Ahhh, he can’t make it.’ So, in that regard I knew I had to do everything right and shine in every single way so that I could find the opportunity I needed.” 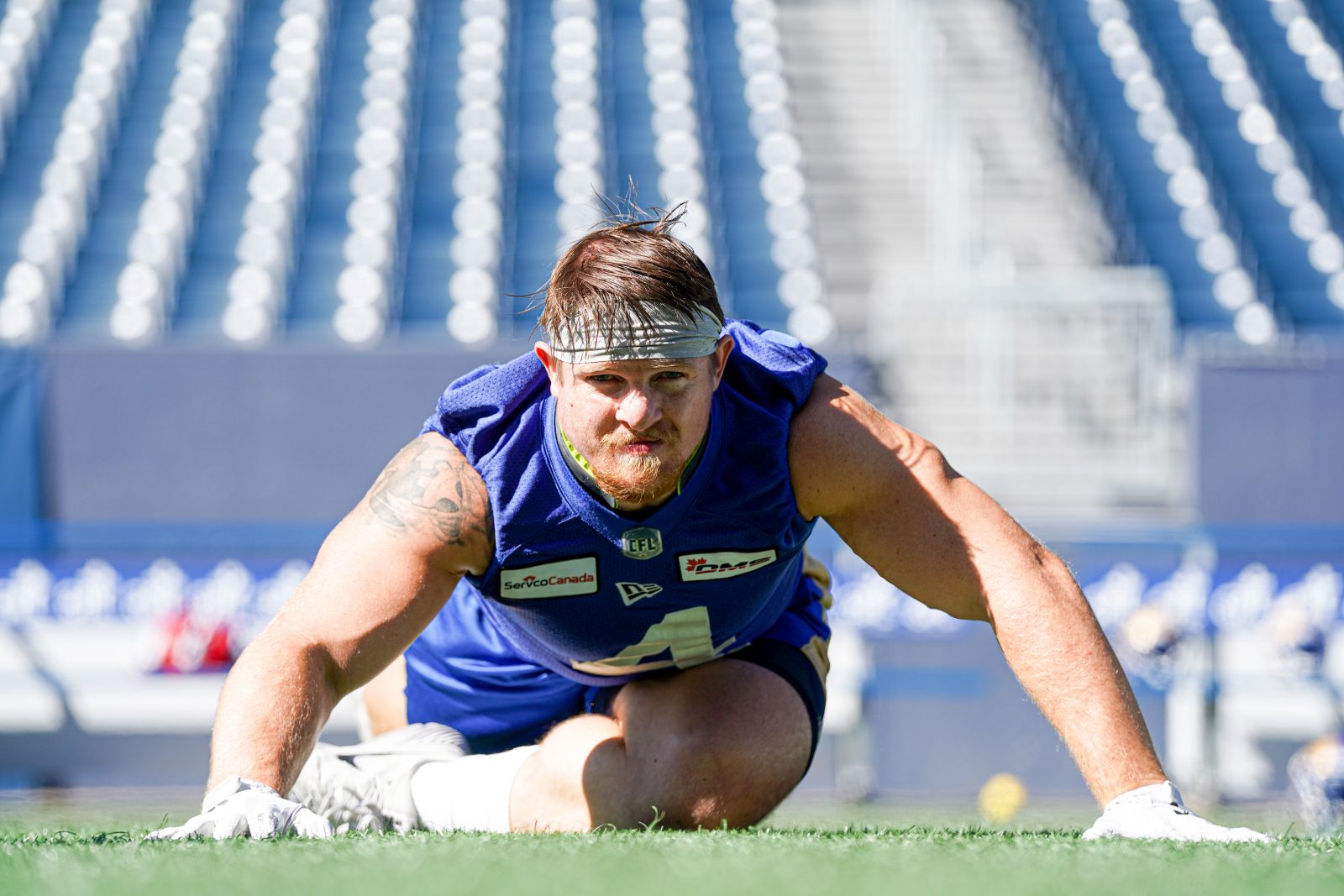 His hope is he can continue to do that in Bomber colours. Bighill is entering what we refer to as his ‘legacy years’, where every tackle, every sack, every award adds to an already impressive resumé. He’ll soon move past Kevin Eiben into ninth place on the CFL’s all-time tackle list and has twice been named the league’s top defender.

“I’m committed to this city and to this team,” he said. “What I like about playing here is you can see all the love for the Bombers in this city and in this province. The people here really do embrace you as their own and when you decide to stay they get very excited. I’ve talked to a lot of people who say that, that they love it when players stay and that love never dies. That’s pretty cool.

“I’ve got my in-laws here now and a full family. We’ve built a house here. I’ve got a great team to play for and a career outside of ball that I’m only going to build further. I’m having a lot of fun. Let’s put it this way: I’m extremely happy. This fit, it’s been perfect.”

(121)
$12.99 (as of October 24, 2021 10:55 GMT -05:00 - More infoProduct prices and availability are accurate as of the date/time indicated and are subject to change. Any price and availability information displayed on [relevant Amazon Site(s), as applicable] at the time of purchase will apply to the purchase of this product.)

(901)
$12.99 (as of October 24, 2021 10:55 GMT -05:00 - More infoProduct prices and availability are accurate as of the date/time indicated and are subject to change. Any price and availability information displayed on [relevant Amazon Site(s), as applicable] at the time of purchase will apply to the purchase of this product.)

(622)
$14.88 (as of October 24, 2021 10:55 GMT -05:00 - More infoProduct prices and availability are accurate as of the date/time indicated and are subject to change. Any price and availability information displayed on [relevant Amazon Site(s), as applicable] at the time of purchase will apply to the purchase of this product.)

(85)
$136.99 (as of October 24, 2021 10:55 GMT -05:00 - More infoProduct prices and availability are accurate as of the date/time indicated and are subject to change. Any price and availability information displayed on [relevant Amazon Site(s), as applicable] at the time of purchase will apply to the purchase of this product.)

(280)
$7.49 (as of October 24, 2021 10:55 GMT -05:00 - More infoProduct prices and availability are accurate as of the date/time indicated and are subject to change. Any price and availability information displayed on [relevant Amazon Site(s), as applicable] at the time of purchase will apply to the purchase of this product.)