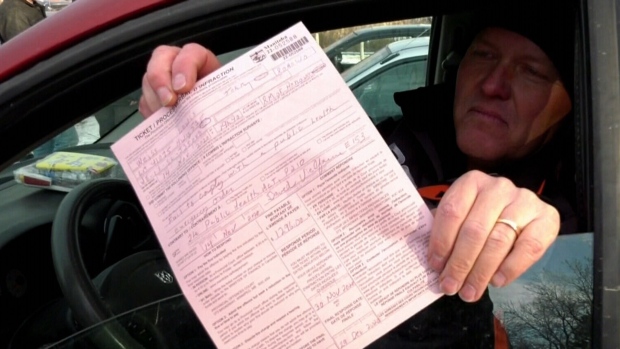 WINNIPEG — The actions of a Manitoba reeve are under investigation after he publicly defied COVID-19 health orders.

Despite pleas from the residents in his community and the Premier of Manitoba, this reeve’s defiance is unwavering.

“To the Reeve of La Broquerie, I have to say, sir we live in the Red River Valley. It is flat between you and I, but the world is not flat,” Pallister said.

“You need to understand there is a real epidemic out there. It’s a pandemic and people in your area are getting COVID too, so please sir, it’s not a myth, it’s a reality.”

Weiss has been publicly opposed to the health orders in Manitoba and made headlines after speaking out against them at an anti-mask rally in Steinbach in November.

During a council meeting on Wednesday, the reeve questioned the reality of the COVID-19 pandemic and said he believes it has been blown out of proportion.

It’s an opinion that has landed him in hot water with his fellow councillors, who earlier in December voted to launch an investigation into his actions at an anti-mask rally, as well as his open defiance of health orders.

“We’ll hire a third-party investigator to find out if any punishment could happen to our reeve,” Ivan Normandeau, the deputy reeve of La Broquerie, told CTV News.

Normandeau would not comment on specific comments Weiss has made. He said there is no timeline on the investigation, and said Weiss will continue his duties as reeve in the interim.

“They are definitely free to do it, I guess they felt I’ve done something wrong,” Weiss told CTV News on Thursday.

He said he plans to fight the ticket he was handed at the Steinbach rally, and will appeal the investigation if it finds him at fault.

Shaun Sturby, a resident of La Broquerie, is one of many people in the area that has written a letter to the reeve, calling out his actions.

He said while a small group may support Weiss, the majority of people in La Broquerie want him to follow orders.

The messages from residents of La Broquerie, along with the premier, haven’t wavered Weiss’s views.

“Personally, I obviously feel that they are uneducated,” Weiss said. “They don’t really know what is going on, on the world stage and it is unfortunate.”