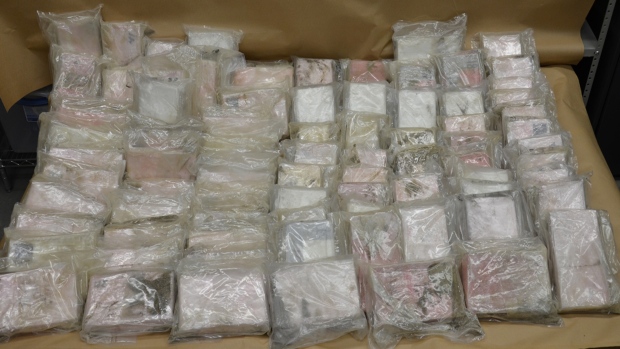 WINNIPEG — Manitoba RCMP has made what it calls the largest cocaine seizure in the province’s history.

RCMP said the Federal Policing Units have been working on an investigation which has been called Project Drone.

The investigation has been looking into a drug trafficking network that the RCMP says is “responsible for the importation of significant quantities of illicit drugs into Manitoba through Ontario.”

On April 5, investigators were able to seize 81 kilograms of cocaine and $1.5 million in cash. RCMP said the cocaine has a street value of roughly $7.6 million.

“It will undoubtedly have a major impact on the organized crime and illicit drug landscape within Manitoba,” said Superintendent Darcy Fleury, in a news release.

He has been charged with possessing a controlled substance for the purpose of trafficking and possessing proceeds of crime over $5,000.

“Project Drone demonstrates the incredible professionalism as well as the commitment and dedication of our officers to keep illicit drugs off our streets,” she said in a news release.

RCMP continues to investigate and no other information is available.

The charges against Stumpf have not been tested in court.