WINNIPEG — Stuffed animals, flowers and candles lined the side of King Edward Street as community members, friends and family gathered Monday to mourn the death of a three-year-old girl allegedly stabbed by her father.

“It is sad to see a young girl’s life taken so shortly – she was so innocent and beautiful,” Darryl Contois, who organized the vigil on Monday.

More than a dozen people gathered for the vigil Monday evening at King Edward Street and Jefferson Avenue – the spot where police arrested and charged 28-year-old Frank Nausigimana with first-degree murder in connection to the stabbing death of his three-year-old daughter.

The charges against Nausigimana have not been proven in court.

The girl’s family has identified her as Jemimah Bundalian, but said they are not ready for interviews. 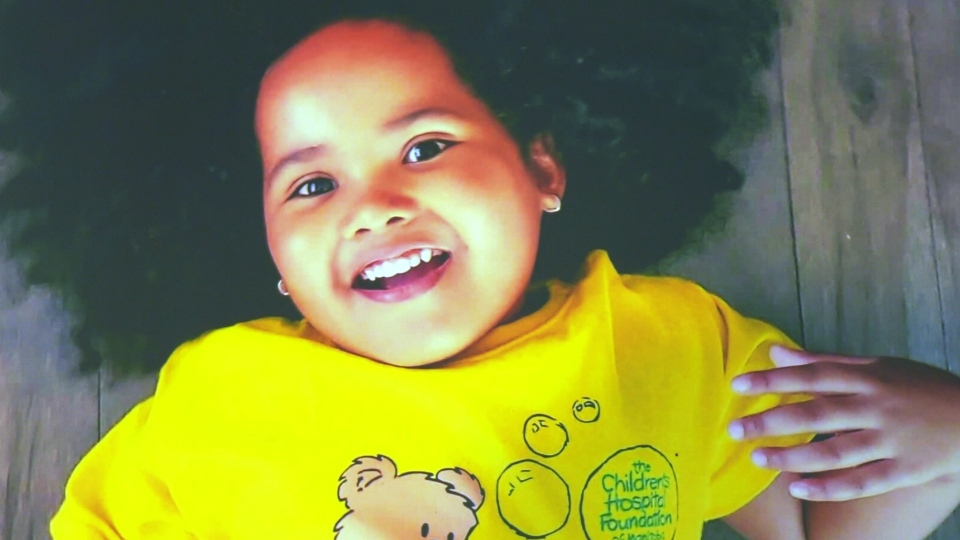 Family provided the picture of Jemimah at a vigil on July 12, 2021.

Police allege the girl was abducted from her mother at knifepoint by her estranged father on July 7.

Less than an hour later, officers arrested Nausigimana outside a parked car on King Edward Street at Jefferson Avenue.

Police said officers found the girl inside the car suffering from stab wounds. She was taken to hospital where she died of her injuries.

Contois, who works with the Evelyn Memorial Search Team looking for missing girls in and around Winnipeg, said he reached out to the family after hearing about Jemimah’s death.

“No child should have to go through that,” he said.

“I tell people to hug their kids, reach out to them, hold them, hug them and tell them that you love them.”