You Are Here Home news ‘It’s going to be hard for a lot of people,’ advocates say of single-use plastic ban

Bethany Daman with the Green Action Centre holds up a travel cutlery kit and a jar of bulk coffee beans. The Centre hosts workshops on how to reduce waste. (Tyson Koschik/CBC News)

Though she’s dedicated the last 10 years of her life to being eco-friendly, Pamela Doerksen won’t say she lives a plastic-free lifestyle.

“We have been on a constant journey toward that, so I can’t say we’re completely waste free as a family,” she said.

The Niverville, Man. mother of four started her online business “Tiny TreeHugger” a decade ago, selling eco-friendly products like reusable baby diapers and multiple-use food pouches. Her sustainable philosophy translates to her family’s life, too. They grows a lot of their own food, and when they do go grocery shopping, they always use reusable bags.

But even she’s not sure how consumers will adapt to Prime Minister Justin Trudeau’s plan to ban single-use plastics in Canada by 2021 the earliest. 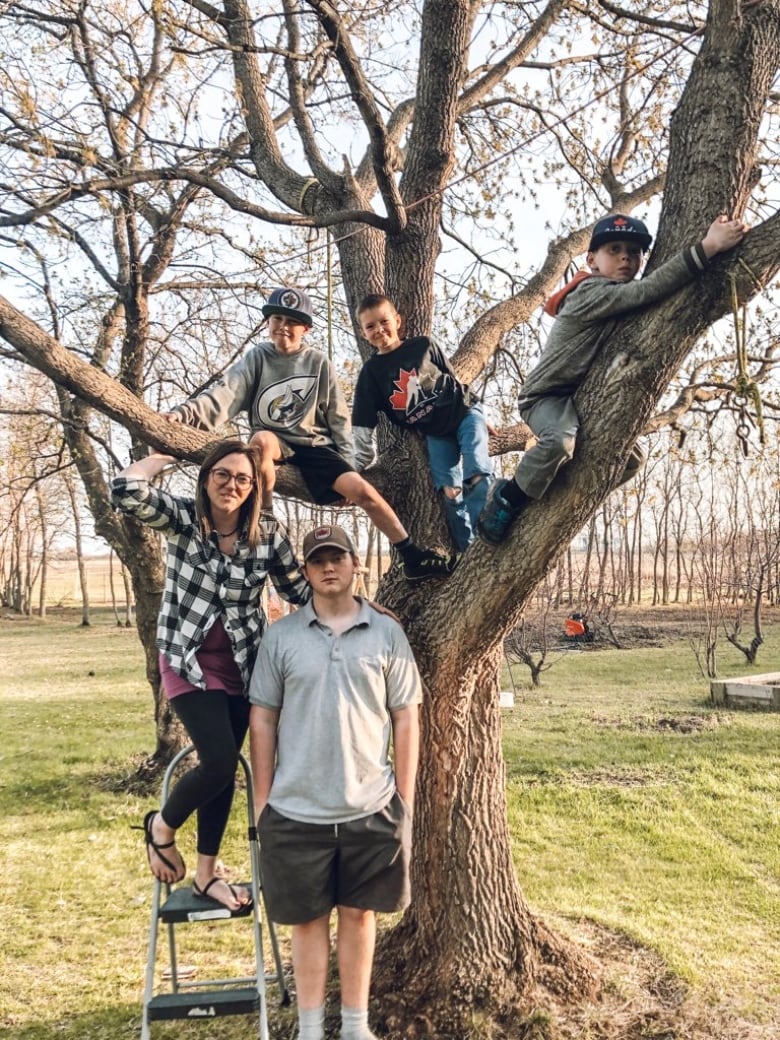 Pamela Doerksen and her four sons pose for a Mother’s Day shot in their backyard near Niverville, Man. The family prioritises a waste-free lifestyle, including growing their own food in their garden. (Supplied by Pamela Doerksen)

The federal government hasn’t released details yet about which single-use plastics will be banned under its power, but sources tell CBC that the list could include items like cotton swabs, drink stirrers, plates and balloon sticks. Fast-food containers and cups made of expanded polystyrene, which is similar to white Styrofoam, will also be banned, said the source.

“I think that in our current context, it’s nearly impossible to completely move away from (single-use plastics),”said Bethany Daman from the Green Action Centre.

She said in the beginning, it’s all about creating new habits for yourself.

But there are barriers to being completely single-use plastic free, said Daman. One barrier is if a person doesn’t drive, perhaps their only option for a grocery store is one that uses plastic packaging. Another, she said, is affordability. A pack of reusable straws can cost $8.00 while a silicone freezer bag can run close to $40.

“I hope in this whole conversation of reduction and elimination of single-use plastics in our country, that the federal government is continuing to think about the implications of that and what that would mean,” said Daman.

Daman said one way to test if you’re ready for a single-use plastic ban is to challenge yourself for one month. The Green Action Centre is encouraging Manitobans to participate in “Plastic-free July,” a worldwide initiative to take a hard look at your own plastic consumption.

“So that might mean spending your first week of July piling the plastics that are coming into your home and thinking, is this mostly from bags, from food packaging, from beverage containers,” said Daman.

“Then making the decision to actually eliminate those things and find practical solutions.”

‘Where is that bottle of water going to end up?’

While Doerksen is still trying to make her family life plastic-free, she’s decided to forgo her business altogether. She said the decision to shut down was partly family and partly principle.

“To be honest, it isn’t exactly waste-free to run a business and have a business like that,” she said.

Above all, she says she hopes her sons will understand that their actions have consequences on the environment, no matter how small.

PM Justin Trudeau announces that a ban on single use plastics, and that companies that make or use plastic in their products will be responsible for the collection and recycling of that material. 1:23