You Are Here Home news ‘It’s history’: Woman gives birth to one of the first babies in Winnipeg’s new women’s hospital 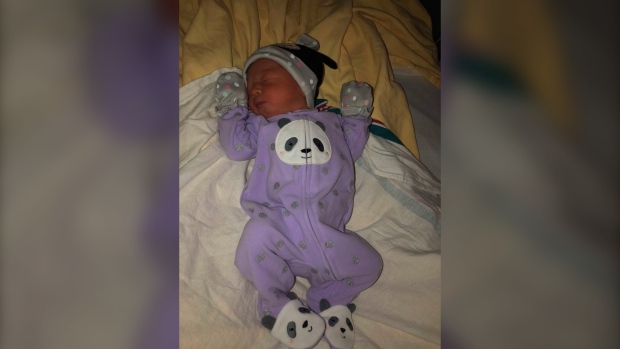 WINNIPEG — WINIPEG – A 21-year-old woman, who was one of the first to give birth to a baby at the new women’s hospital in Winnipeg, described the experience as historic.

“At first I thought it wasn’t a big deal, but just thinking of it now, it’s history,” said Raylene Carrothers. “It’s really cool.”

“Everything went smooth, it was a fast labour,” she said.

Carrothers said she was initially admitted to the old women’s hospital, where she gave birth to her two other kids, but on Saturday she was told if she didn’t have her baby by the next morning she would be transferred to the new facility.

At 8 a.m. on Sunday Carrothers was taken by a stretcher through the tunnels to the new hospital, with security guards helping to guide the way.

Once the baby was born Carrothers was greeted with cheers from the hospital’s staff, congratulating her on being one of the first people to give birth in the building.

Carrothers said the experience of giving birth at the new hospital was a big improvement compared to the old one. She described her birthing room as big and comfortable, noting there was a full washroom as well as a room with a yoga ball and mat.

After she had her baby Carrothers got a private room for some alone time with her baby. She notes that after she gave birth to her other kids she had to share a room with other patients, and enjoyed the privacy the new hospital provided.

“It’s like one-on-one time with her. Nobody else is around to just interrupt.”

The new facility is 388,000 square feet and features a neonatal intensive care area, 17 labour and delivery rooms and an inpatient unit for gynecology.

The hospital was promised in 2007 and completed in 2014, but the opening was delayed due to construction issues.

According to the province, the hospital was built on budget at $233 million.

– With files from CTV’s Michelle Gerwing and Danton Unger.