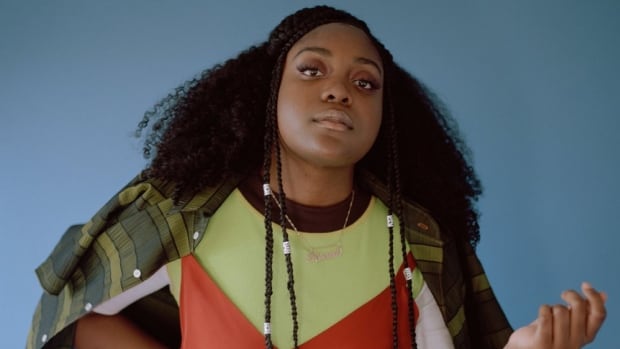 Noname cancelled all her shows in June and July due to health issues, she wrote on Twitter Thursday. (Chantal Anderson/Jazz Winnipeg Festival)

Acclaimed Chicago rapper Noname has cancelled her performance in this summer’s Jazz Winnipeg Festival due to health issues.

The artist wrote on Twitter she’s cancelling all her shows in June and July.

“I was really looking forward to seeing your beautiful faces, but I promise I’ll be back soon to make it up to you guys!” she wrote in a tweet Thursday.

“Tried to push through it but things have gotten pretty severe. With lots of rest, medicine and veggies I should be right back to normal!”

The rapper had been scheduled to perform at Burton Cummings Theatre at 8 p.m. on Wednesday, accompanied by Winnipeg-based electro-pop sextet Royal Canoe Winnipeg rap trio 3PEAT.

“We are wishing Noname good health and a full recovery, and look forward to bringing her back to Winnipeg in the future,” the festival wrote on its site.

Update on summer shows… <a href=”https://t.co/U0zxDYdrjZ”>pic.twitter.com/U0zxDYdrjZ</a>

The Royal Canoe and 3PEAT collaboration, called RC3PO, has been moved to the Good Will Social Club, the festival said.

Patrons with cancelled Noname tickets will have get access to RC3PO tickets, the festival said on its site.