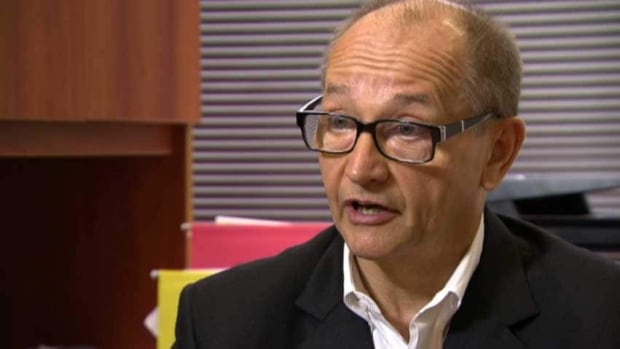 A Manitoba judge has ordered the CBC to pay nearly $1.7 million in damages to an investment adviser after finding its coverage about the man was defamatory.

It involves a June 2012 television broadcast that focused on a former client of Muzik’s, William Worthington, who “expressed profound regret” about relying on Muzik’s advice to commute the value of his $675,000 Canadian Pacific Railway pension to an investment portfolio, the decision said.

That story included Worthington’s observations that the value of his pension was “more than half gone” since his retirement and implied he and his wife would be forced to sell their house and go back to work to make ends meet, Rempel wrote.

It also reported Muzik had inflated Worthington’s income level in his file to justify higher-risk investments, the decision said. The report also said the adviser was under strict supervision by the Manitoba Securities Commission and had previously been ordered to pay a $15,000 fine for actions contrary to the public interest.

The decision names the public broadcaster and former reporter Gosia Sawicka as defendants. Muzik discontinued action against Worthington and two other CBC employees before the judge-only trial began in 2019.

Rempel’s decision noted Muzik and Worthington gave differing recollections at trial about what was said at their meetings, but the judge said he found Muzik’s evidence more reliable and Worthington at times untruthful.

The judge said he believed Worthington and his wife, Leslie Worthington, went public with their story to inflict negative publicity in the hopes of getting a settlement from National Bank Financial, where Muzik worked at the time of Worthington’s investment.

The couple had earlier devised a plan to have Muzik admit to unethical conduct on a secret audio recording of a two-hour meeting with him, the decision said.

Snippets of that conversation — but not the full recording — were later shared with Sawicka and used in coverage of the story involving Worthington. The couple later said the recording device had been lost when they moved houses.

Rempel said the evidence the couple offered about that device “defies belief” and that in his view it’s likely “the disclosure of the entirety of the audio recording would have been damaging to the Worthingtons’ narrative” that Muzik deceived them.

The stories about Muzik didn’t mention that the couple withheld most of the secret audio recording, or that the Worthingtons later said it had been lost, the judge said.

“This constituted not only a breach of … [CBC’s] own journalistic standards but also represented the height of irresponsibility when the professional reputation of Mr. Muzik was hanging in the balance,” Rempel wrote.

The stories also didn’t mention that the couple’s decision to sell their house was because they were moving in with Leslie Worthington’s mother as caregivers, or that William Worthington had not gone back to work at the time the first story aired, the decision said.

The decision also said Worthington’s stock portfolio was negatively affected by the 2011 bear market. But overall, he also took out more than $290,000 from the portfolio.

The judge found that Worthington had deviated from the investment plan devised by Muzik by taking out larger than expected monthly withdrawals, along with some additional funds for a vacation, a loan for a relative and house repairs.

Sawicka described the focus of the stories as cautionary tales about the risks of commuting pensions, but Rempel wrote that he was satisfied an objective member of the public would understand them to be an attack on Muzik’s integrity.

The decision said while Sawicka reported that the Manitoba Securities Commission reprimanded Muzik in 2011 as part of a settlement agreement in which he had to pay $15,000, that amount was described as a “voluntary payment to the Minister of Finance” and not a fine.

Rempel said the broadcaster also did not report on the results of a Mutual Fund Dealers Association of Canada investigation that resulted in a warning letter.

That letter notes that while Muzik had misrepresented or failed to explain the risks and features of commuting a pension and failed to individually assess risk tolerance and investment knowledge for 17 clients — including the Worthingtons — the association said it would not begin formal disciplinary proceedings against the adviser.

The judge found Muzik proved the words in the news stories about him were defamatory. That shifted the onus to the CBC to raise a defence — either fair comment, justification, qualified privilege or public interest responsible communication — to escape liability, the decision said.

The broadcaster withdrew its defence of qualified privilege at the start of the trial and was unable to prove any of the other available defences, Rempel wrote.

Rempel awarded Muzik $400,000 in both general and aggravated damages.

The aggravated damages were partly informed by CBC’s initial expert opinion during the litigation process that Muzik was engaged in churning, a term used to describe excessive sales or mutual fund transfers that maximize fees paid to a financial planner at a client’s expense, Rempel wrote.

CBC later withdrew that expert opinion but the judge said it was still relevant to the case, as it amounted to a threat to play that card during settlement talks and in the lead-up to the trial.

“In the context of a professional adviser, this kind of statement is akin to saying Mr. Muzik was a thief,” the judge said.

That strategy, which the judge described as “egregious and outrageous,” was not mentioned again after the first day of trial, the decision said.

It also “constitutes unquestionable evidence that the CBC was motivated by actual malice in this case and this aggravated the injury caused to Mr. Muzik by the defamatory expression,” Rempel said.

CBC plans to appeal the decision.

​​”While we respect the judicial process, we are very disappointed with the decision and our intention is to appeal. We have no further comment at this time,” said Chuck Thompson, CBC’s head of public affairs.

Muzik’s lawyer, Bill Gange, said he was expecting the decision the judge came to, and he and his client were both largely satisfied with the outcome.

“We would have liked a little bit more in terms of the loss of income, but that’s the way that cases go. Judges listen to the evidence and come up with their own conclusions, and that’s what Justice Rempel did,” Gange said.

(4503)
$26.48 (as of January 22, 2022 10:33 GMT -06:00 - More infoProduct prices and availability are accurate as of the date/time indicated and are subject to change. Any price and availability information displayed on [relevant Amazon Site(s), as applicable] at the time of purchase will apply to the purchase of this product.)

$10.99 (as of January 22, 2022 10:33 GMT -06:00 - More infoProduct prices and availability are accurate as of the date/time indicated and are subject to change. Any price and availability information displayed on [relevant Amazon Site(s), as applicable] at the time of purchase will apply to the purchase of this product.)

(4060)
$3.19 (as of January 22, 2022 10:33 GMT -06:00 - More infoProduct prices and availability are accurate as of the date/time indicated and are subject to change. Any price and availability information displayed on [relevant Amazon Site(s), as applicable] at the time of purchase will apply to the purchase of this product.)

Sold on a Monday: A Novel

(17075)
$11.10 (as of January 22, 2022 10:33 GMT -06:00 - More infoProduct prices and availability are accurate as of the date/time indicated and are subject to change. Any price and availability information displayed on [relevant Amazon Site(s), as applicable] at the time of purchase will apply to the purchase of this product.)

(6)
$39.89 (as of January 22, 2022 10:33 GMT -06:00 - More infoProduct prices and availability are accurate as of the date/time indicated and are subject to change. Any price and availability information displayed on [relevant Amazon Site(s), as applicable] at the time of purchase will apply to the purchase of this product.)