You Are Here Home news ‘Just scratching the surface’: Province to set aside housing for women, children fleeing family violence

The province announced Monday it will set aside up to 50 existing Manitoba Housing units solely for women affected by domestic violence and their children. (Shutterstock)

Women and children fleeing family violence may soon have quicker access to safe and affordable housing.

The province announced Monday it has partnered with Wahbung Abinoonjiiag, an Indigenous domestic violence prevention centre that focuses on children and their families. Wahbung will help the province set aside up to 50 existing Manitoba Housing units solely for women affected by domestic violence and their children.

Fedja Redzepovic manages housing at Wahbung Abinoonjiiag. He says while having dedicated spaces will help women get into safe housing faster, it isn’t nearly enough.

“Absolutely not, I mean I run a housing program and we have a few hundred people waiting to access affordable and safe housing, so this is just scratching the surface,” he said.

However, he said, “[the province is] helping us in the way they can and I’m absolutely grateful for the opportunity.” 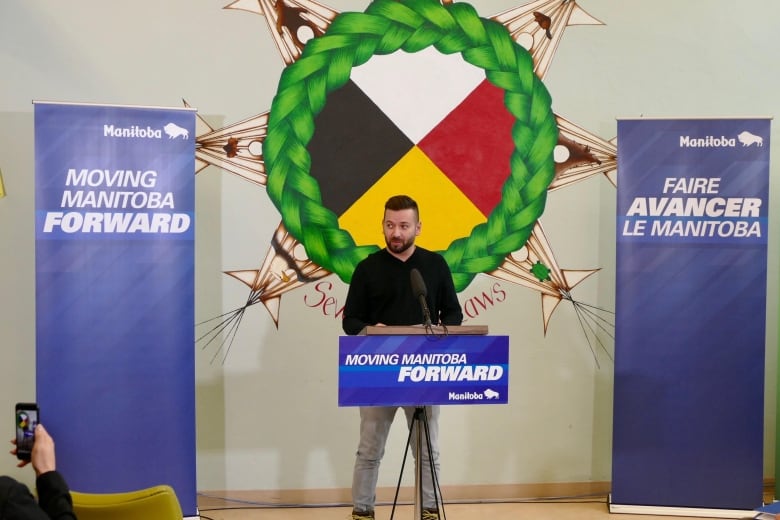 Fedja Redzepovic, manager of housing and development at Wahbung Abinoonjiiag, says while the announcement of dedicated housing is welcome, it doesn’t come close to addressing the need. (Gary Solilak/CBC)

‘I always went back’

Wahbung Abinoonjiiag will work with several other women’s and family agencies to fill the units with families who qualify for housing.

Redzepovic says at his organization alone there are 300 people fleeing domestic violence needing shelter and they are forced to house them wherever they can to keep them safe.

“Sometimes we’re asked to be magicians, to be honest with you.” 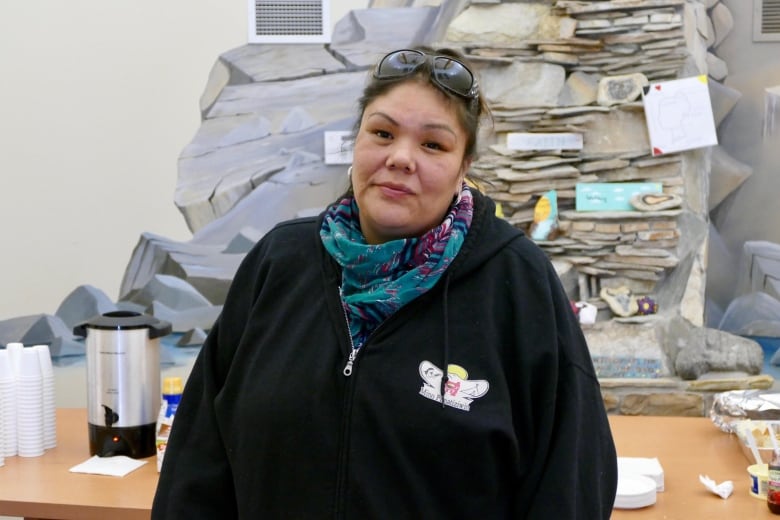 Jada, who only wanted to be identified by her first name, is currently staying at Wahbung with her three children. She said having no place to go was just one of the obstacles she faced that forced her back to her abuser in the past. (Gary Solilak/CBC)

Jada, who only wanted to be identified by her first name, is currently staying at Wahbung Abinoonjiiag with her three children. She’s left two abusive relationships and said having no place to go was just one of the obstacles she faced that forced her back to her abuser.

“Homelessness is one of them, that’s why I always went back, finances, I always didn’t have money,” she said.

“I always just went back because I needed a place to live, I needed something to eat, or to wash my clothes.”

Units will come from existing stock

Currently, Manitoba Housing owns and manages nearly 13,000 affordable and social housing units. The waiting list to get in is 9,000 applicants long, but that includes those already living in Manitoba Housing who are looking to switch units.

“Manitoba Housing prioritizes applicants in the greatest need of housing, so individuals in the most serious or urgent situation are housed more quickly,” a provincial spokesperson said in an email. 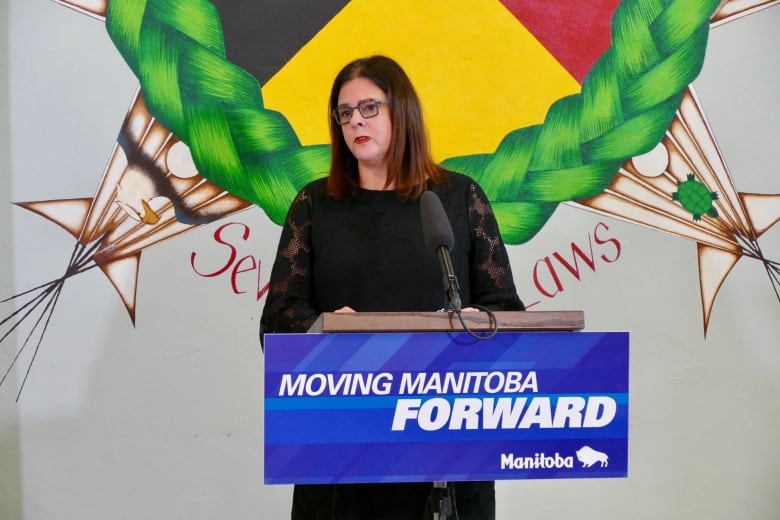 Families Minister Heather Stefanson said the 50 units will come from existing Manitoba Housing properties, and that no one will be displaced to make room. (Gary Solilak/CBC)

“Applicants of greatest need tend to be those that come from domestic violence situations, are currently homeless or are at risk of becoming homeless.”

“We’re in the process of looking for where those units will be right now, and we won’t be you know, kicking anyone out of any properties, we’re trying to utilize within the existing stock of Manitoba Housing,” Stefanson said.

“We recognize that there was a need for this type of housing for women who were in horrific situations with domestic violence within their households,” she said.

The province said about 200 Manitoba Housing units are turned over each month.

No new funding for services

The partnership with Wahbung Abinoonjiiag is part of the province’s 12-month action plan for families, which sets out to prioritize housing needs for those facing barriers.

The partnership, however, does not come with any new funding for programs or services.

Minister for the Status of Women Cathy Cox said Wahbung Abinoonjiiag is already funded through other initiatives and the goal is to provide additional support where they can in order to get women out of shelters faster and give them a safe place to raise their children.

“We understand that these women need that additional help, [in] some of the darkest times in their lives, so we’re excited to be able to provide them with more support” said Cox.

The province hopes to have the designated units available by spring, and some units have already been identified.

Jada hopes to one day move into one of the units. She said having long-term safe and affordable housing is the key to keeping her life on track.

“It’s really important, especially when you have kids and to maintain your sobriety,” said Jada.

“I can start fresh with my kids and start a new life with them.”

‘This is not working’: La Broquerie residents concerned about mailbox break-ins